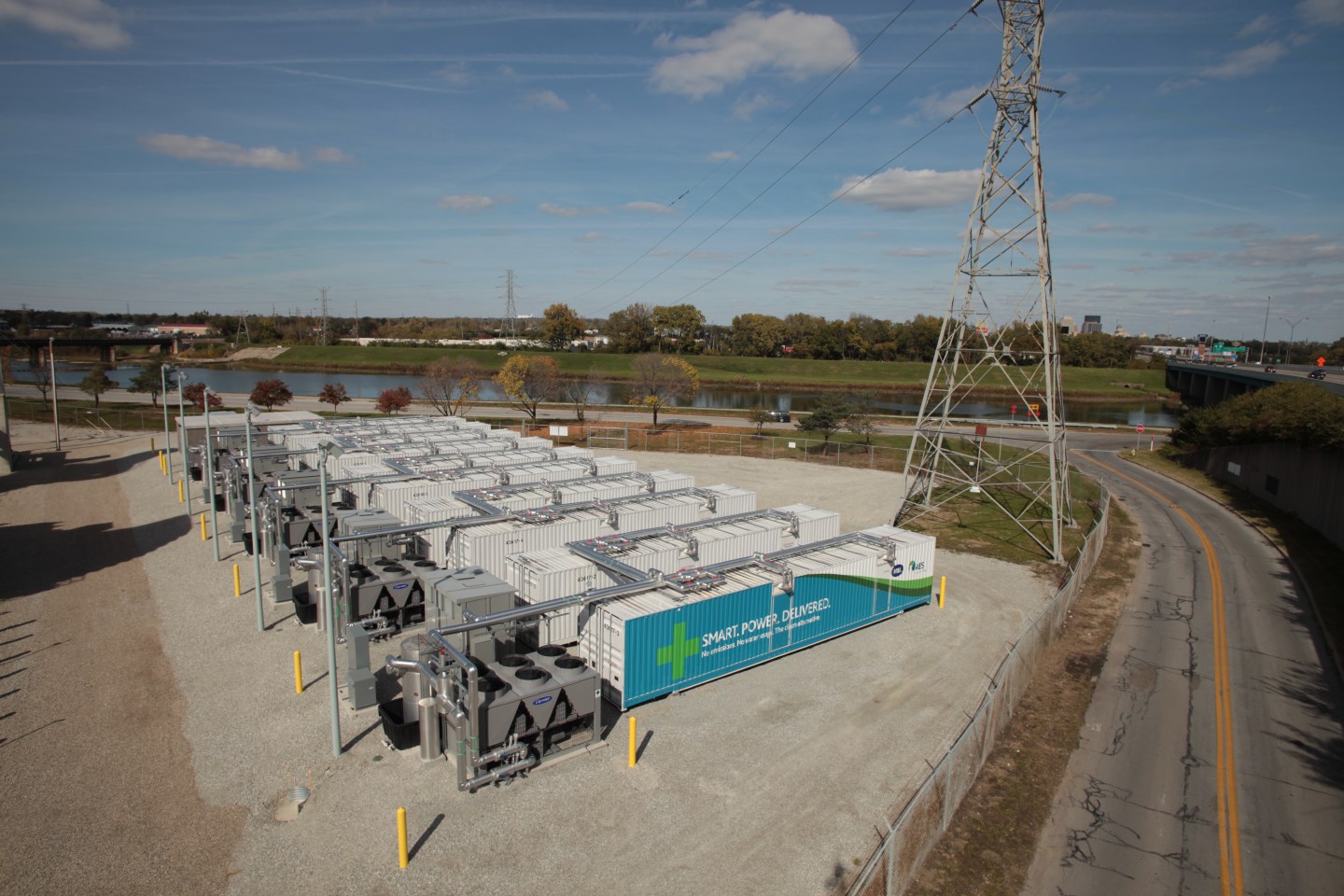 The region around San Diego will soon get two big battery projects that will help the local utility add in more clean energy and better manage the power grid.

The batteries are being built by an arm of power giant AES, called AES Energy Storage, and the company has been building such projects for close to a decade.

The project is one of a growing number of planned battery farms in California and other states, as utilities look for better and greener options to generate and deliver energy to their customers and meet the state’s regulations. Building owners are also buying energy from batteries to lower their monthly energy bills.

These farms are being built by not just AES’s division, but also by electric car maker Tesla (TSLA), by conglomerate GE (GE) and a list of startups including Advanced Microgrid Solutions and Stem.

On Thursday AES Energy Storage announced that it’s won two contracts with utility San Diego Gas & Electric to develop two battery projects—in the cities of Escondido and El Cajon—that will total 37.5 megawatts in capacity. That means combined the battery farms will be able to supply 37.5 megawatts on demand to the utility for a four-hour period whenever the utility might need it.

For more on Tesla’s batteries for homes and businesses, watch:

It’s not a ton of energy on demand, but San Diego Gas & Electric can use the batteries to store excess solar and wind energy, and tap into that power when their customers are using a lot of electricity, like on a hot summer’s day. 37.5 megawatts is about the size of a small solar farm; a large natural gas or coal plant can generate several hundred megawatts of power.

It won’t be the biggest project by AES in California. That would be a more than 100 megawatt project for utility Southern California Edison in the Los Angeles area.

But the San Diego projects are still pretty big considering these projects are just starting to get built. AES says when the Escondido battery plant is built by next January, it will be the largest operating one in the U.S.

The San Diego projects will use batteries from Samsung SDI, the battery arm of Korean electronics giant Samsung. AES buys batteries from companies and packages them up with electronics, power management tools, and software and sticks them in shipping containers.

The company has also used batteries from LG Chem, Parker Hannifin, and back in the day, A123 Systems. In addition, AES has an agreement with Tesla and could potentially use its battery packs for its projects.

The company has battery projects in places like Ohio, Northern Chile and the Atacama Desert, West Virginia, Pennsylvania, Northern Ireland, the Netherlands, and Maryland.