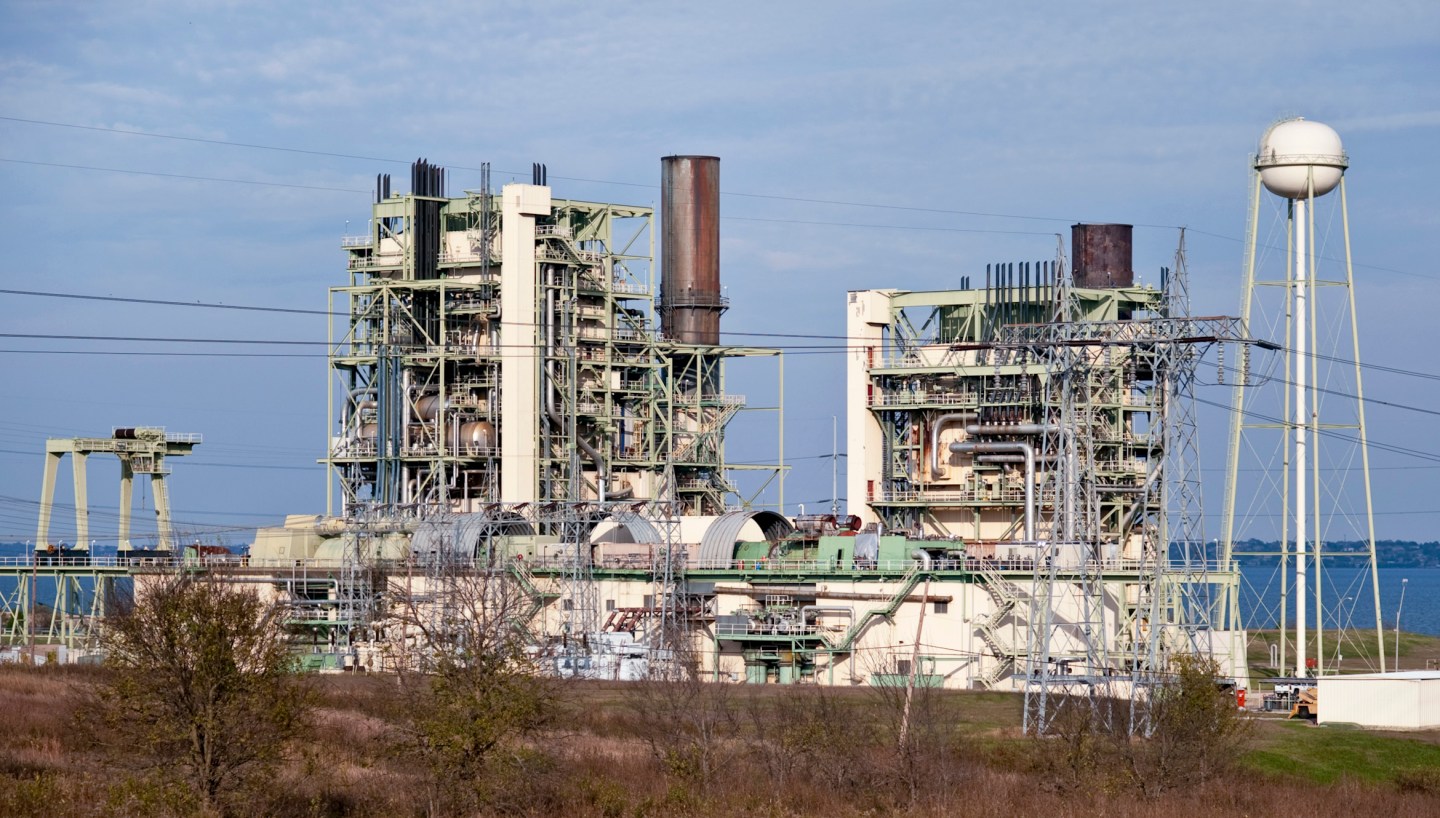 Energy Future Holdings, Texas’ biggest power company, urged a U.S. bankruptcy court on Wednesday to allow the bulk of its operations to exit Chapter 11, in the largest U.S. bankruptcy since the financial crisis.

In the company’s latest bid to reorganize after two years of battling creditors, “The time has come to … confirm a plan and actually emerge from Chapter 11,” said Chad Husnick of Kirkland & Ellis LLP.

“The evidence is going to show that this is the best available alternative,” he said at the start of a trial in Wilmington, Delaware, to decide on a plan Energy Future had proposed in May.

Energy Future filed for Chapter 11 in April 2014 with $42 billion in debt, the largest bankruptcy since General Motors’s (GM) in 2009. Much of the debt had been taken on in 2007 when the Dallas-based company was formed through the $45 billion leveraged buyout of TXU Corp, led by KKR & Co, TPG Capital Management and the private equity arm of Goldman Sachs.

Energy Future and its creditors have been engaged in expensive legal fights over a wide range of disputes. Other reorganization plans had failed to get support.

Under the latest plan, the company would be renamed TCEH and own TXU Energy, the state’s largest retail electric utility, and Luminant, Texas’s largest power plant operator and largest coal miner.

Leading the fight against the proposal are holders of about $650 million of notes issued by Energy Future. They say the plan would not fairly compensate creditors for tax benefits and back office operations that would be transferred to the new company. The noteholders estimated that the transfers would add more than $1 billion to the TCEH operations.

“We believe these are a fraudulent transfer,” said Richard Pedone of Nixon Peabody LLP, an attorney for the EFH Indenture Trustee, which represents the noteholders. “There’s no monetary compensation.”

The company has said the transfers would be necessary to avoid triggering large tax liabilities.

Energy Future’s Oncor power distribution business would remain in Chapter 11. It had agreed in July to sell Oncor to NextEra Energy (NEXWU) in a deal valued at $18.4 billion, but is still accepting other bids for the business.

Privately held Hunt Consolidated of Texas had proposed to acquire Energy Future’s stake in Oncor in an earlier plan that hit regulatory hurdles. On Wednesday, The Dallas Morning News reported that Hunt was preparing another bid.

The latest trial is scheduled to last through the middle of next week. It is the second of its kind for Energy Future, which had confirmed another plan of reorganization last year.

That plan never became effective because regulators blocked the sale of Oncor to a group of creditors and investors led by Hunt Consolidated.

However, many of the settlements with creditors under that plan have been finalized.