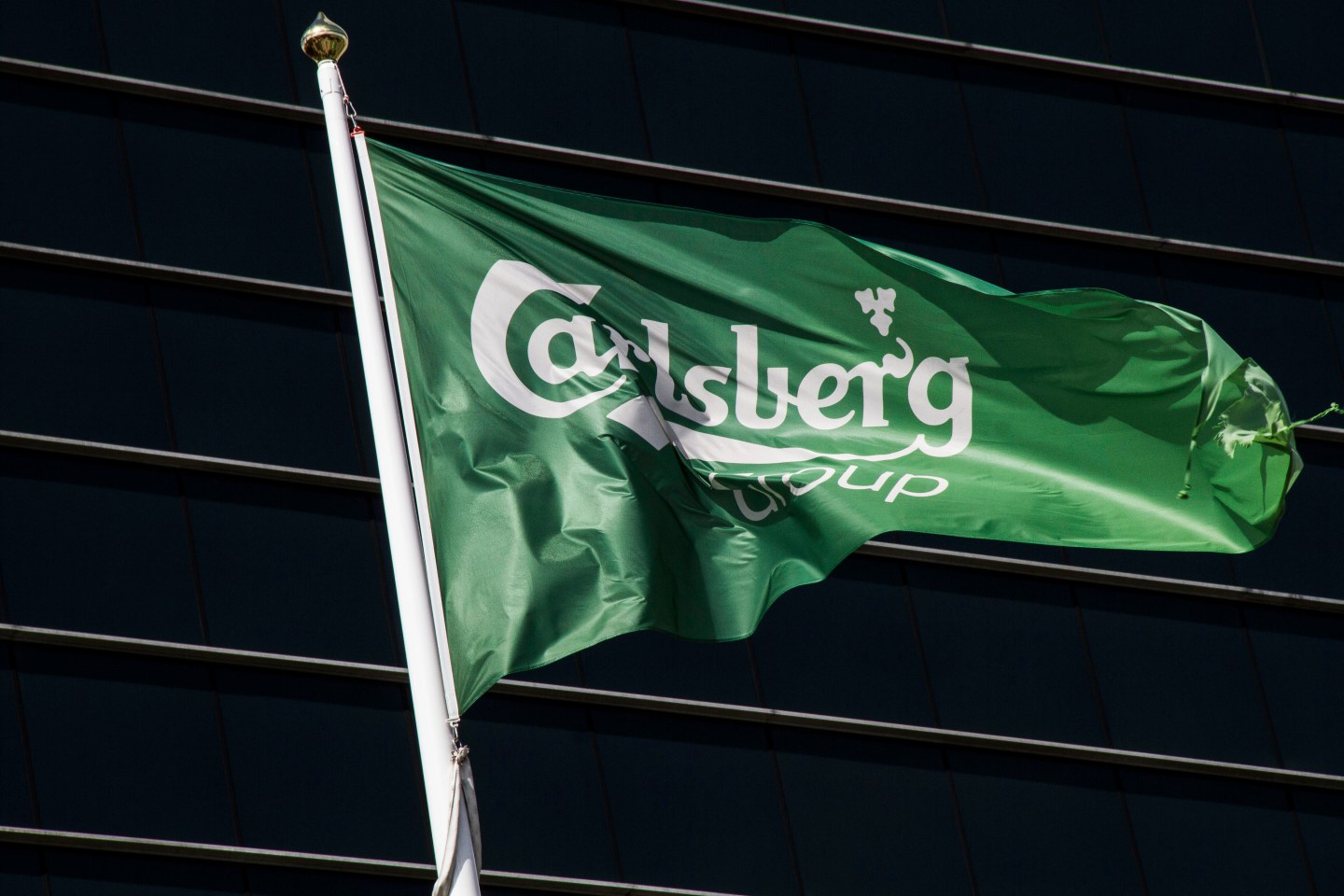 A Carlsberg Group flag flies outside the headquarters of Carlsberg A/S in Copenhagen, Denmark, on Wednesday, Aug. 20, 2014. Carlsberg, Russia's biggest brewer, cut its full-year forecasts for revenue and earnings even as quarterly profit beat estimates, causing the shares to slump as much as 6.9 percent. Photographer: Freya Ingrid Morales/Bloomberg via Getty Images
Freya Ingrid Morales — Bloomberg via Getty Images

Danish brewer Carlsberg (CABJF) promised to address poorly performing parts of its business after half-year results came in slightly below expectations on Wednesday, sending its shares down by 4%.

The Copenhagen-based company said it was sticking to a forecast for full-year organic operating profit growth in the low-single figures in percentage terms.

Chief Executive Cees ‘t Haart, who took the job in June 2015, indicated that more changes would be made as part of his seven-year strategy to boost growth.

“We have a number of operations which are not contributing in the way that we would have liked. We are evaluating these and we are taking action,” the Dutchman told reporters.

See also: AB InBev Will Still Be Based in Belgium After SABMiller Takeover

Soon to become the third largest brewer in the world behind Heineken following the planned mega-merger of AB Inbev and SAB Miller, the group last week announced the sale of its 59% share in African subsidiary Carlsberg Malawi to local Castel Group.

The chief executive said more assets were “on the list” to be divested but declined to name them in order not to weaken his negotiating position. His plan is to focus on big cities, craft beer, and core markets.

As part of his strategy, Carlsberg has shed 2,080 white collar employees, sold assets in Britain, closed 11 breweries in China, and written down the value of its ailing Russia business.

By 08:20 GMT, Carlsberg shares were down 3.9% at 653 Danish crowns after the company reported a six-month operating profit before special items of 3.45 billion Danish crowns ($522 million), down 4% from same period last year.

Total sales volumes fell 1% due to lower volumes in countries such as Britain, Poland and Finland, but organic revenue grew by 4%.

Analysts said it was not all doom and gloom.

“The new strategy of finding a balance between volume growth and value creation is already showing its effects,” said Sydbank analyst Morten Imsgard.

Carlsberg maintained its 2016 profit outlook but the impact on operating profit from foreign exchange was raised to 600 million Danish crowns ($91 million) from 550 million.

Carlsberg has faced problems in Russia because of tighter regulations and a weak economy, but showed improvements in its Eastern European region with stable volumes and an 8% increase in net revenue organic growth over the six months.