AB InBev Will Still Be Based in Belgium After SABMiller Takeover 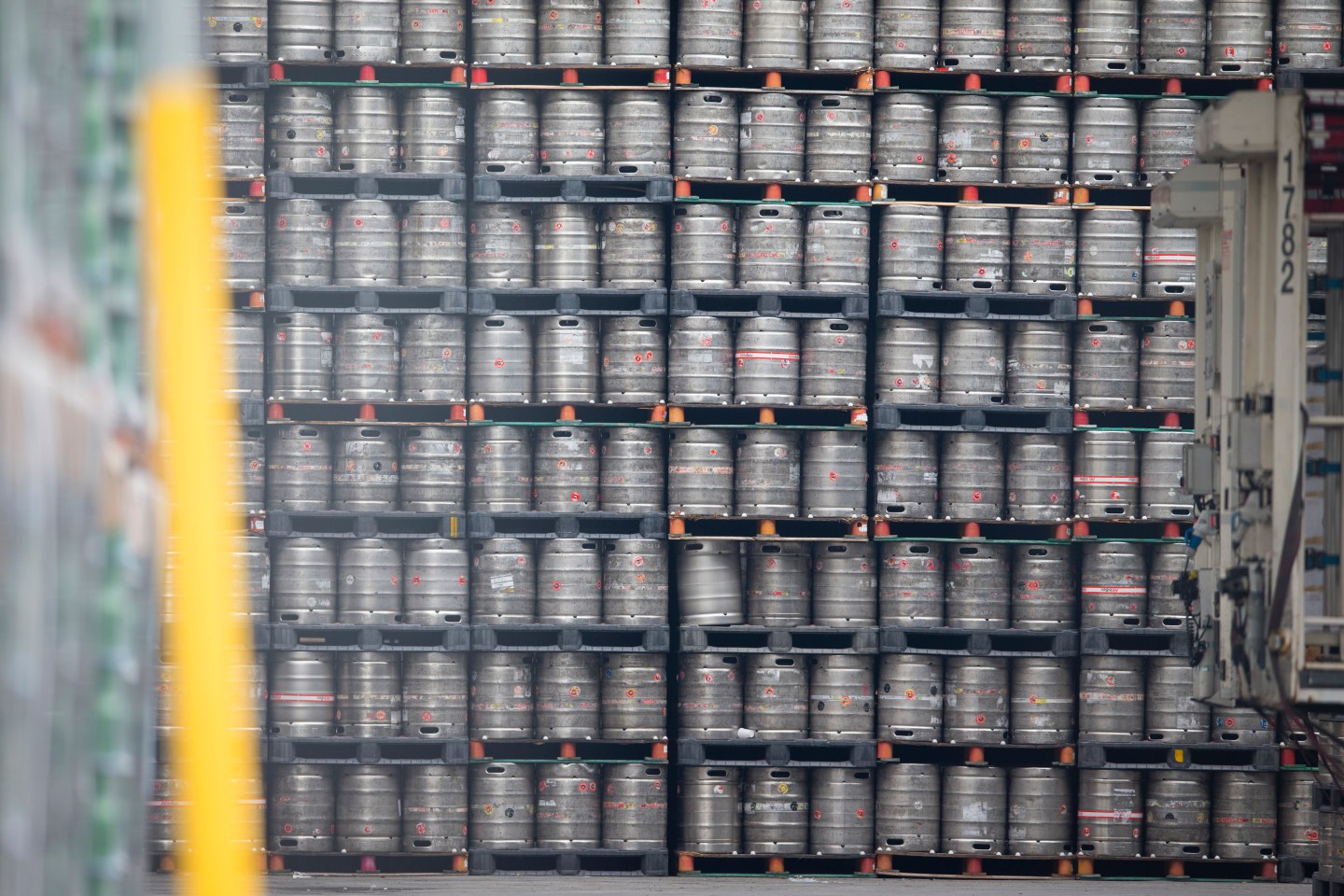 Anheuser Busch InBev SA on Thursday announced the structure and leadership team it plans to adopt once its takeover of SABMiller Plc goes through.

The $100 billion-plus deal, which was sweetened last week to help make up for a drop in the British currency, has been approved by both companies’ boards but still needs to be voted on by shareholders, some of whom oppose the deal.

The maker of Budweiser and Stella Artois said it would continue to be based in Leuven, Belgium, while managing its day-to-day operations from New York.

SAB’s offices in Woking, outside of London, will be kept open for a transitional period, but its central London headquarters will be wound down. The bulk of SAB’s European businesses are being sold as part of the deal. Of SAB’s 576 corporate roles in the UK, 523 are in Woking and 51 in London.

“It looks as if all the SAB group and regional HQs will be eventually phased out,” said Bernstein Research analysts.

AB InBev is known for its cost-cutting and centralized control, which some analysts have said may be tough to impose on all corners of SAB’s business, with its joint ventures and equity stakes in markets such as Turkey and Africa.

The new company will be run by teams of “functional chiefs” and “zone presidents,” both reporting to AB InBev Chief Executive Carlos Brito. All but one of those 19 positions will be held by current AB InBev executives.

There was no mention of roles for SABMiller’s CEO Alan Clark or finance chief Domenic De Lorenzo in the new company.

The new company will be organized into nine geographical zones, with existing SABMiller hubs in Miami, Hong Kong and Beijing phased out within a few months after deal closes, which is expected in October.

SAB’s joint ventures in the United States and China will be taken over by their respective partners when the deal goes through.

The Brexit vote in June added an unexpected twist to the transaction that will create the world’s largest beer company. When AB InBev agreed in November to pay 44 pounds per share of the U.K.-based SABMiller, the deal was priced at $108 billion. Since then, the British pound has tanked against the U.S. dollar thanks in large part to Britain’s decision to leave the European Union. Since AB InBev planned to pay for the deal mostly with debt dominated in dollars, the price wasn’t nearly as steep as originally thought.

This change wasn’t lost on SABMiller, which said last month that it would have to reconsider the attractiveness of the deal given the shift in the foreign exchange rate. AB InBev responded by upping its offer to 45 pounds per share in late July.

The two sides said earlier this week that they expect the deal to close October 10.

This story has been update to reflect additional information from Reuters.