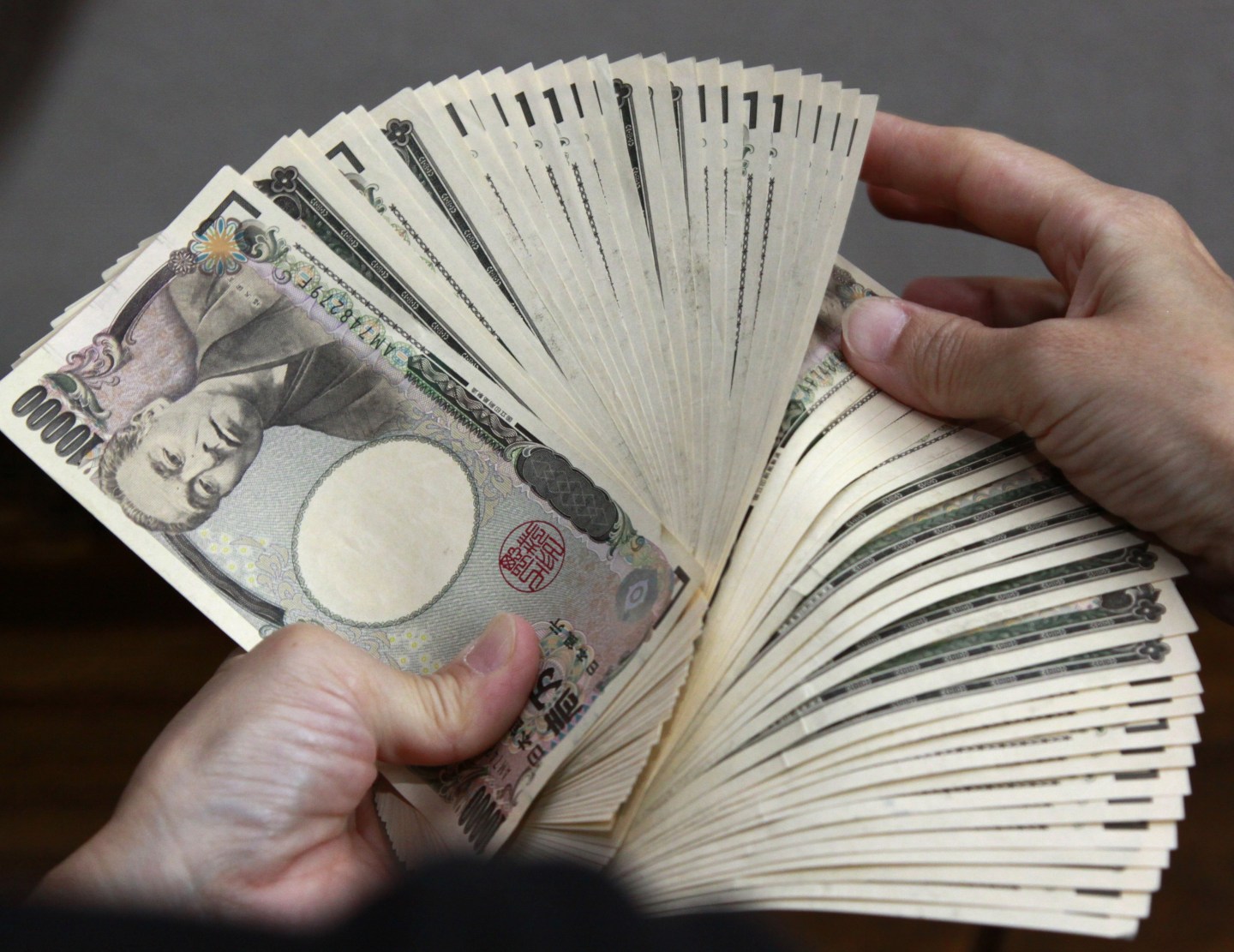 A bank teller counts 10,000 yen (118 USD) bank notes in Tokyo on September 22, 2010. The USD tumbled against the yen in Asia after the US Federal Reserve indicated it was prepared to take further measures to boost a faltering economic recovery. The USD fell to 84.80 yen in Tokyo morning trade, down from 85.15 yen in New York. AFP PHOTO / Yoshikazu TSUNO (Photo credit should read YOSHIKAZU TSUNO/AFP/Getty Images)
YOSHIKAZU TSUNO/ AFP/ Getty Images

Japan’s Ministry of Finance is negotiating with the country’s major banks to lend to the government at a zero interest rate in auctions beginning in October or November, a government official familiar with the procedure said on Monday.

The government has been asking lenders about the possibility of submitting tender offers with negative rates at the ministry’s short-term special accounts borrowing programme auctions.

But Japan’s big banks have said it would be difficult to submit tender offers with negative rates in the auctions, which prompted the government to instead ask the banks to agree to a “zero floor” on interest rates, said the official, who did not want to be identified due to the sensitivity of the issue.

The government’s approach to lenders comes after the Bank of Japan’s aggressive monetary easing drove yields below zero for most of the Japanese government bonds traded in the market.

In addition to issuing bonds to fund the official state budget, the ministry raises trillions of yen every year through direct borrowing from banks for short-term financing for special accounts that subsidise programmes such as municipal spending, energy projects and state-owned forest projects. Banks, brokerages, and insurance companies participate in such tenders.

Since the BOJ introduced its negative interest rate policy in February, the commercial banking industry has resisted lending to private-sector borrowers at negative rates, even after the BOJ started imposing negative rates on the excess reserves lenders park with the central bank.