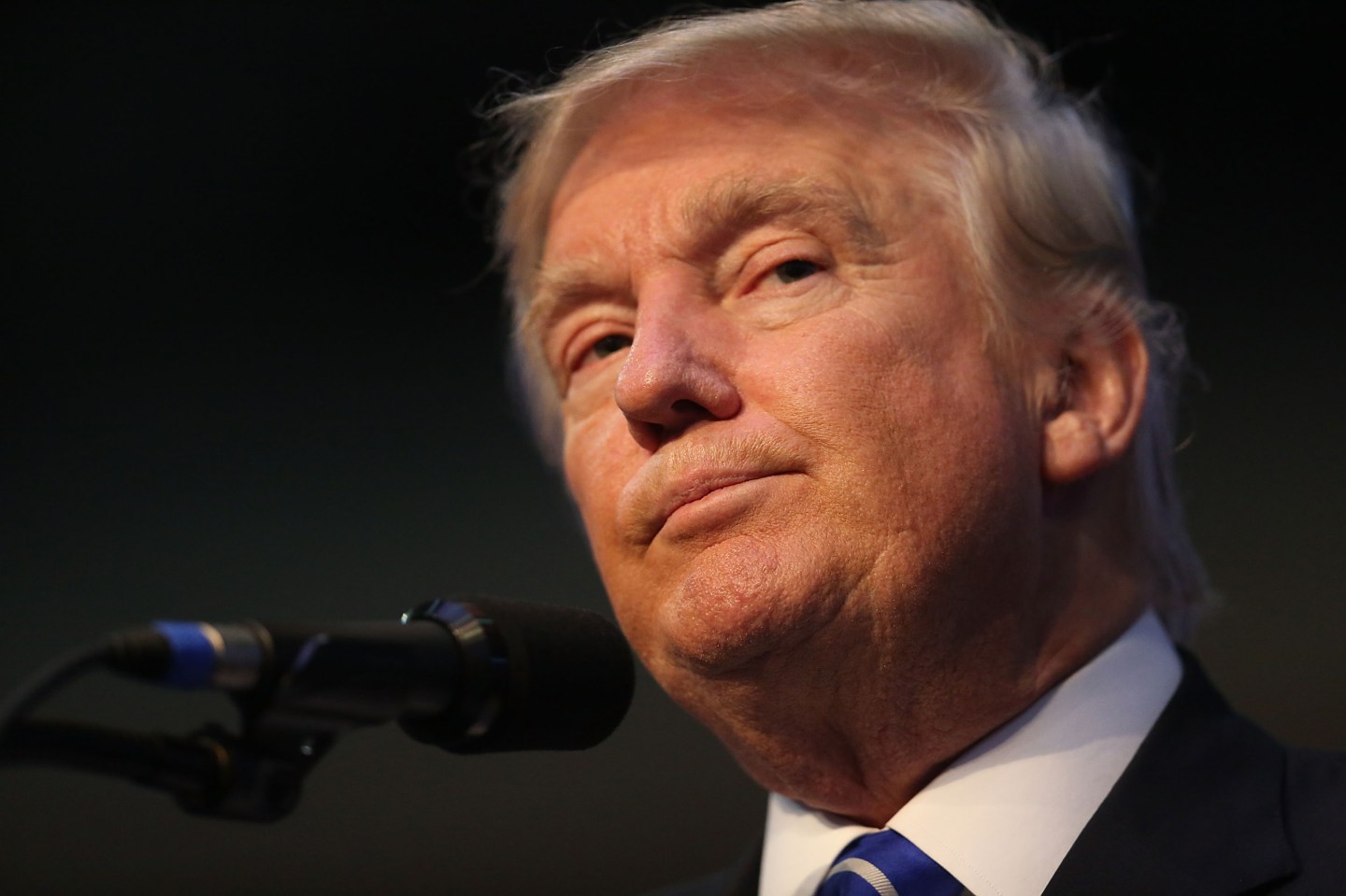 Although Donald Trump has raised nearly $80 million in July, there is one group who isn’t giving to the Republican presidential nominee: Republican members of Congress.

According to an analysis from OpenSecrets.com, a non-partisan site that tracks money in politics, Trump has received just two donations, coming to a grand total of $3,292, from both congressional campaigns and affiliated political action committees. That is a historic low for a Republican or Democratic party nominee, according to OpenSecrets. Only Barack Obama, in 2012, received less — but OpenSecrets notes Obama decided not to accept contributions from congressional campaigns or PACs.

Trump’s tally is also the third-lowest of all the presidential candidates from this election cycle, ahead of only Rick Perry and Rick Santorum; neither of them had enough support to ever make it into the prime time Republican debates.

Hillary Clinton, a former U.S. Senator from New York, enjoys huge support from Democrats in Congress. She received more than any candidate since 1992, as early as the OpenSecrets analysis goes —$560,942 from congressional campaign committees and PACs through June 30. Her Democratic primary rival Bernie Sanders got just $5,021. The 2016 Republican presidential candidate who received the most from Congress was Marco Rubio, who got $108,259.

Although Republican party leaders, like Paul Ryan and Mitch McConnell, have said they support Trump and will vote for him, the fact that Trump is not receiving money from Republican members of Congress points to the difficulties Trump has had in rallying Republican elites and elected officials. Just last week more than 70 former Republican staffers signed a letter to the Republican National Committee pleading that funding for Trump be cut off in order to concentrate money and energy on “down ticket” races, meaning congressional elections.