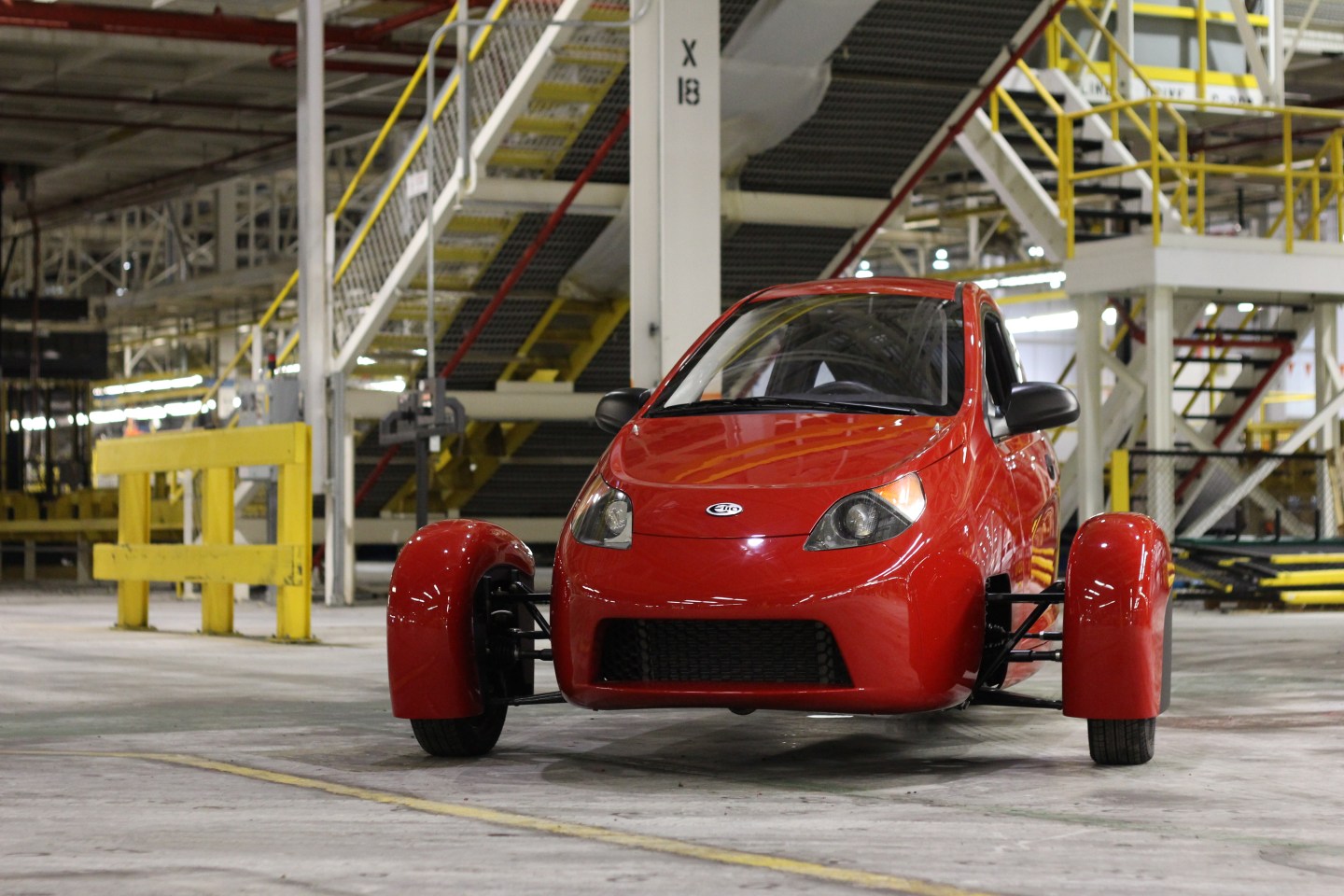 To help strengthen its bid for a Department of Energy innovation loan, the upstart Elio Motors is offering a temporary deal on its planned three-wheel, hyper-efficient flagship vehicle. Until the company hits its goal of 65,000 total preorders, early adopters can reserve one of the podracer-like microcars for a locked price of $7,000.

The company says it already has 56,000 reservations, so the deal will only be available to a relatively small number of customers. Though the vehicle was originally promised at a $6,800 price point, it’s now projected to cost $7,300, meaning fans who pre-order will save $300.

The goal of the incentive is to demonstrate market acceptance and bolster Elio’s application for the DOE’s Advanced Technology Vehicle Manufacturing Program. That’s the same loan Tesla scored in 2010, in the amount of $365 million dollars. Notably, at that time Tesla projected the Model S would cost $49,900, but its base price is now $70,000.

The same program has also been utilized by Ford Motor Company and Nissan.

Tesla’s Elon Musk has engineered his so-far successful plan for auto-market disruption around starting at the top. The company first produced the boutique electric Roadster, then built on its success with the luxury Model S, and, in turn, the more accessible Model 3.

Elio’s motivations are similar to Tesla’s—while it’s driven by an old-fashioned internal combustion engine, the small, light vehicle will get something like 84 miles per gallon, and the company’s DOE application will hinge on its advantages in environmental impact and energy independence. But at $7,300, the Elio would fill a market niche much different from even the Model 3, which will be priced starting at $35,000.

For more on vehicle innovation, watch our video.

One major worry for Elio was that its vehicle would be classified as a motorcycle for regulatory purposes. That would have meant drivers would not only need a separate motorcycle license to drive it, but would have had to wear a helmet in many locales. But recently, Elio announced that it had successfully lobbied for re-categorization in many states as a new kind of vehicle, an ‘autocycle’.

No date for the arrival of the vehicle has been set, but Engadget has previously reported that pre-production models would be sold in limited numbers later this year, with full production coming online in 2017.