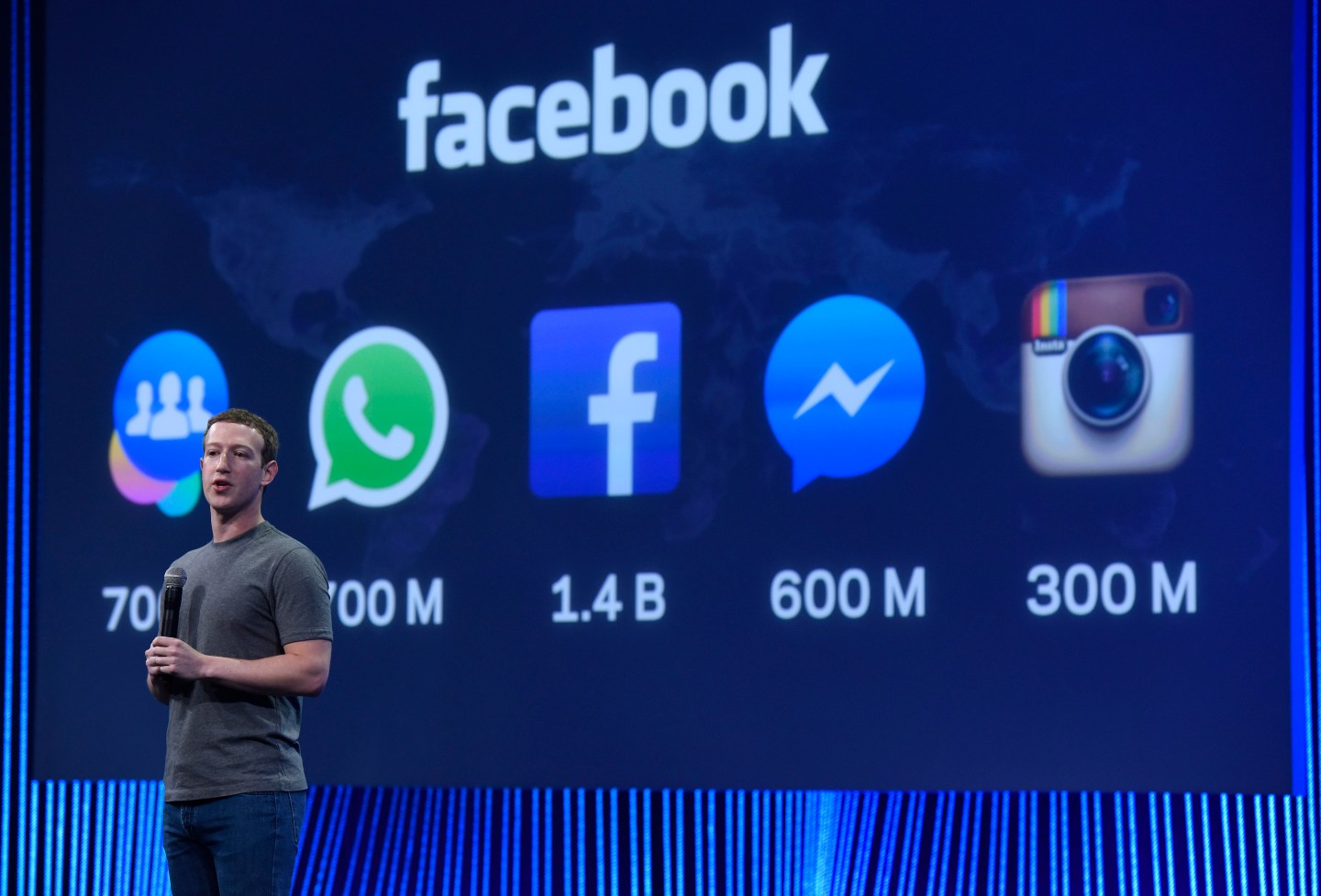 As humorous as this cat-and-mouse battle may seem, there is a serious principle at stake for Facebook. If it can’t reliably ensure that users are seeing its advertising, then the $1 billion it currently makes on desktop ads is potentially in jeopardy, and questions might also be raised about its ability to display ads on mobile too, which is a $5-billion business.

That’s why the giant social network rolled out its ad-blocker force field earlier this week, with a blog post that spent a lot of time on the controls that Facebook gives to users that allows them to choose which ads they want to see, and very little time on the technicalities of blocking ad-blockers.

Within a matter of hours, Eyeo—which makes the most popular ad-blocking software, Adblock Plus—wrote on its website that it had implemented a workaround for Facebook’s force field, and all users had to do was update their software with the new code.

In the company’s blog post, Eyeo staffer Ben Williams said that while Facebook had taken the “the dark path” of forcing ad-blocking users to see ads, “we promised that the open source community would have a solution very soon, and, frankly, they’ve beaten even our own expectations. A new filter was added to the main EasyList about 15 minutes ago. You’ll just need to update your filter lists.”

Even as the company was bragging about its ability to foil Facebook’s plans, however, the social network was busy with a workaround of its own—as Andrew Bosworth, the VP of product and business for Facebook, noted in a post on Twitter.

Bosworth also pointed out that the Adblock Plus software was now not just blocking ads but also removing posts from friends and family of users as well (Naturally, Adblock Plus has since said that it has a workaround for the workaround).

@Techmeme these new attempts don’t just block ads but also posts from friends and Pages. We plan to address the issue.

The fact that Adblock Plus was removing posts as well as ads reinforces why this particular war is likely to be won ultimately by Facebook (FB). It’s not just because the social network is a $350-billion company with vast resources and thousands of developers—although that undoubtedly helps. It’s because Facebook controls everything about the experience on its platform, from the servers to the content, unlike many other sites.

One thing that makes ads relatively easy to block on many websites is that most of the advertising is delivered separately from the rest of the content on the site. In many cases, it comes from ad networks and other third-party providers, who supply the code that displays the ads.

That kind of code is fairly easy for ad-blocking software companies to track and identify. But Facebook controls everything about the content on its site, and so it has the ability to make the advertising look exactly like the HTML that displays everything else, whether it’s posts or photos or comments.

The result is that blocking companies like Adblock Plus have to somehow determine what is an ad and what isn’t, without any of the usual code or signifiers that allow them to recognize traditional ads. And that means they have to do advanced text recognition, which is not easy. It’s not impossible, but it’s a lot harder than looking for a snippet of code that effectively says “this is an ad.”

Could ad-blocking companies like Eyeo come up with more sophisticated ways to block ads that actually recognize text and the content of photos, etc.? Sure they could. But it’s going to take a large investment of time and money, and it’s not clear there’s enough incentive for them to do that. They get paid by companies like Google to “white-list” their ads, but they don’t get paid that much.

And while Eyeo and other companies have to update their software every time there is a fix for a Facebook workaround, it’s fairly trivial for Facebook to roll out new changes without users even noticing. So whatever you think of ad blocking as an ethical choice, it seems likely that Facebook will always have the upper hand in this war.