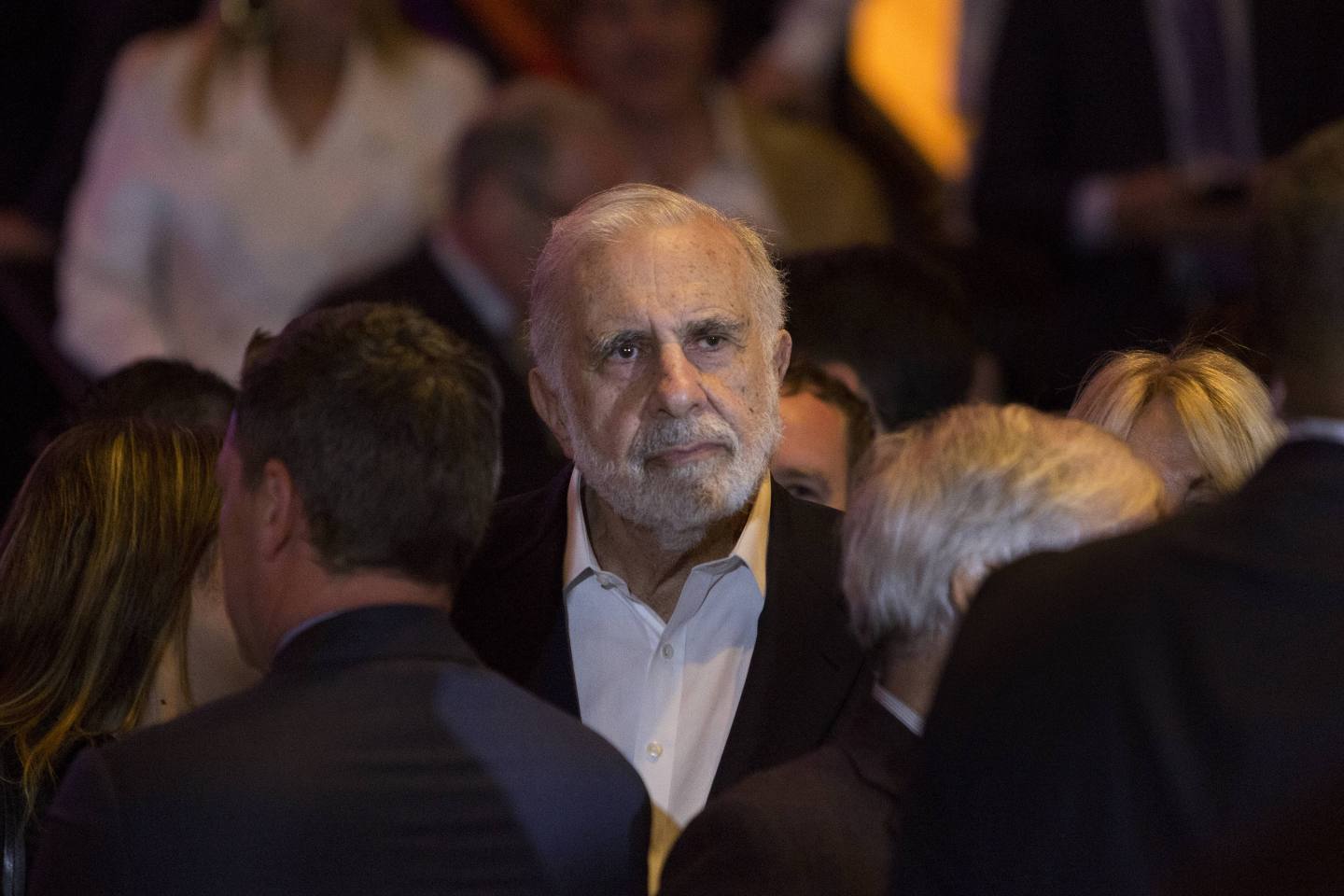 Carl Icahn, billionaire activist investor, waits for Donald Trump, president and chief executive of Trump Organization Inc. and 2016 Republican presidential candidate, not pictured, to speak at an election night event in New York, U.S., on Tuesday, April 19, 2016. Trump, the billionaire real-estate mogul, got a major boost in his quest to secure the Republican nomination with a majority of delegates but could not eliminate the possibility of a contested convention.
Photograph by Victor J. Blue — Bloomberg via Getty Images

This would be his second Super PAC. Technically known as independent expenditure-only committees, Super PACs may raise unlimited sums of money from corporations, unions, associations and individuals, then spend unlimited sums to advocate for or against political candidates.

The first Super PAC Icahn formed had an initial commitment of $150 million and was targeted at “tax inversions,” which occur when a company moves its headquarters outside the United States to take advantage of lower tax rates elsewhere.

“Mr. Icahn declined the opportunity to join the Trump economic advisory council because at this time, we’re still considering whether to fund and manage our own Super PAC focused on regulatory reform,” Jesse Lynn, general counsel to Icahn, said by telephone.

“FEC (Federal Election Commission) rules would limit that activity if Mr. Icahn were to become directly involved in the campaign by joining the council,” Lynn said.

There was no immediate comment from the Trump campaign.

Trump announced his economic advisory team on Friday, and said he would release his plan to boost the U.S. economy in a speech on Monday.

Trump has floated Icahn’s name for U.S. Treasury secretary if he was elected president. Icahn, 80, has repeatedly rejected the notion of accepting such an offer.

Lynn did not give any details on what kind of regulatory reforms a new Super PAC may target.

In September, Icahn released a video titled “Danger Ahead,” in which he endorsed Trump for president and criticized the Federal Reserve for creating a new bubble in the corporate bond market.

He said the rich paid too little in taxes and called for an end to the loophole that allows private equity firms and some hedge fund managers to pay low tax rates on their investments by classifying them as “carried interest.”

The activist investor has recently been a vocal critic of the dangers of retail investors buying junk bonds, debt sold by highly leveraged companies. Much of this debt is sold to “Mom and Pop” investors via exchange-traded funds, a popular vehicle for trading baskets of bonds and stocks.

In October, Icahn announced his first Super PAC, which was the biggest one-time injection of money in the history of such political action committees. Icahn said the incentive for companies to leave the United States via inversion deals could be eliminated by legislation allowing big companies to repatriate funds held offshore at a discounted tax rate – an approach also favored by Trump.