Coach Is Pulling Its Products From Department Stores Across the US 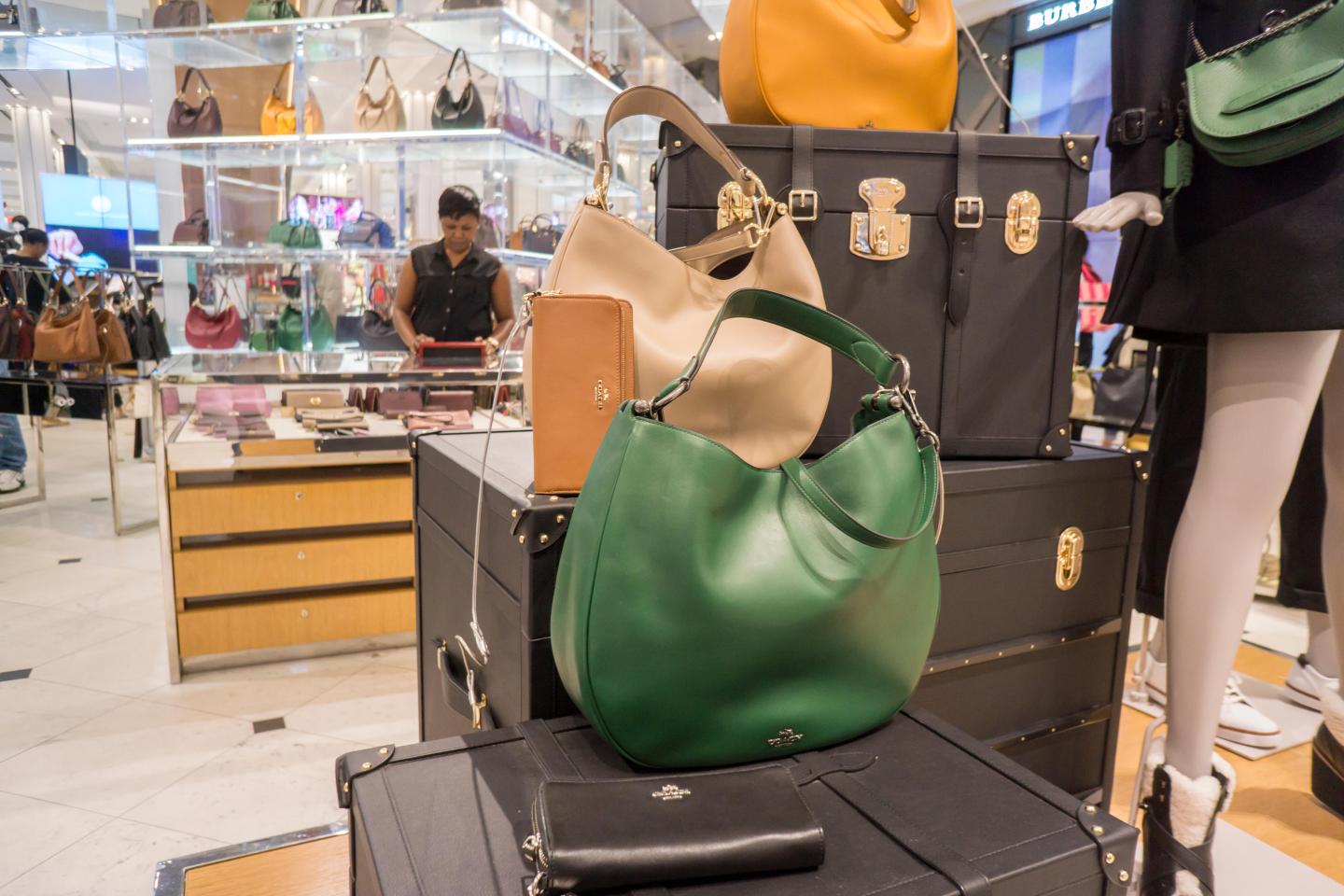 F36W3M Handbags and accessories on display at the Coach boutique within Macy's in New York on Sunday, September 27, 2015. (© Richard B. Levine)
Alamy Stock Photo

Coach will soon pull the company’s handbags and leather goods out of about 250 department stores across North America, a move away from discounting that has hurt the fashion brand’s luxury perception with shoppers.

On Tuesday, Coach (COH) executives said that in the current fiscal year 2017, the handbag, accessories and leather-goods maker would remove its products from about 25% of the roughly 1,000 wholesale locations where it currently sells its goods across the U.S. and Canada. The company also intends to reduce the markdowns that Coach will allow department stores to take in that channel, citing the high level of promotions currently embraced by that segment of retail.

“While we understand that customers may use department stores for trial and shopping across brands, the high level of promotional impressions created negatively impacts our long-term brand health,” Chief Executive Victor Luis told analysts during a presentation.

He added that it also created confusion across channels. That alludes to the fact that if a department store heavily markdowns Coach bags to move them off shelves, it can be hard for the luxury brand to persuade shoppers to spend more on a similar bag at the company’s own stores or e-commerce channels.

Coach wouldn’t say which department stores that it would pull back from, though according to regulatory filings, the company’s most significant wholesale customers include Macy’s (M), Nordstrom (JWN) and Lord & Taylor. The North American wholesale business comprises of about 5% of total net sales currently.

During the Q&A portion of the conference call with analysts, Coach executives said that while department stores are important for brand building in North America, it wants more consistency to how Coach handles the brand at its own stores. The department stores it plans to pull products from are lower volume locations where Coach says it is “no longer seeing a Coach consumer shopping.”

Brands like Coach, Ralph Lauren (RL), and Michael Kors (KORS) sit in a sweet spot as being viewed by many shoppers as luxurious and aspirational, but also far more affordable than say Gucci or Prada. But Coach and its rivals have to be careful not to dilute their brands with too much distribution or too much discounting. If either of those trends become too prevalent, it can hurt the brand’s cachet.

While department stores are facing their own woes with slowing traffic and muted sales, Coach’s rivals are also challenged. Kate Spade (KATE) reported disappointing results earlier this month, while Ralph Lauren said it would cut jobs and close stores as it struggles with a prolonged period of weak sales.

Coach appears to be better positioned. On Tuesday the company reported net sales jumped 15% to $1.15 for the fiscal fourth quarter, including an 11% increase for the namesake brand. Over the past year, Coach’s shares have climbed 31%, easily outperforming Michael Kors, Kate Spade and Ralph Lauren over the same period.

Beyond the pullback at the department store level, Coach executives on Tuesday touting progress on establishing a more luxury store base globally. During the latest quarter, Coach renovated and opened 165 stores during the company’s modern luxury concept. That initiative was first announced in late 2014 when Coach was struggling in a bid to improve the brand’s perception. Coach says the renovations are working: those remodeled stores are outperforming the overall store base.