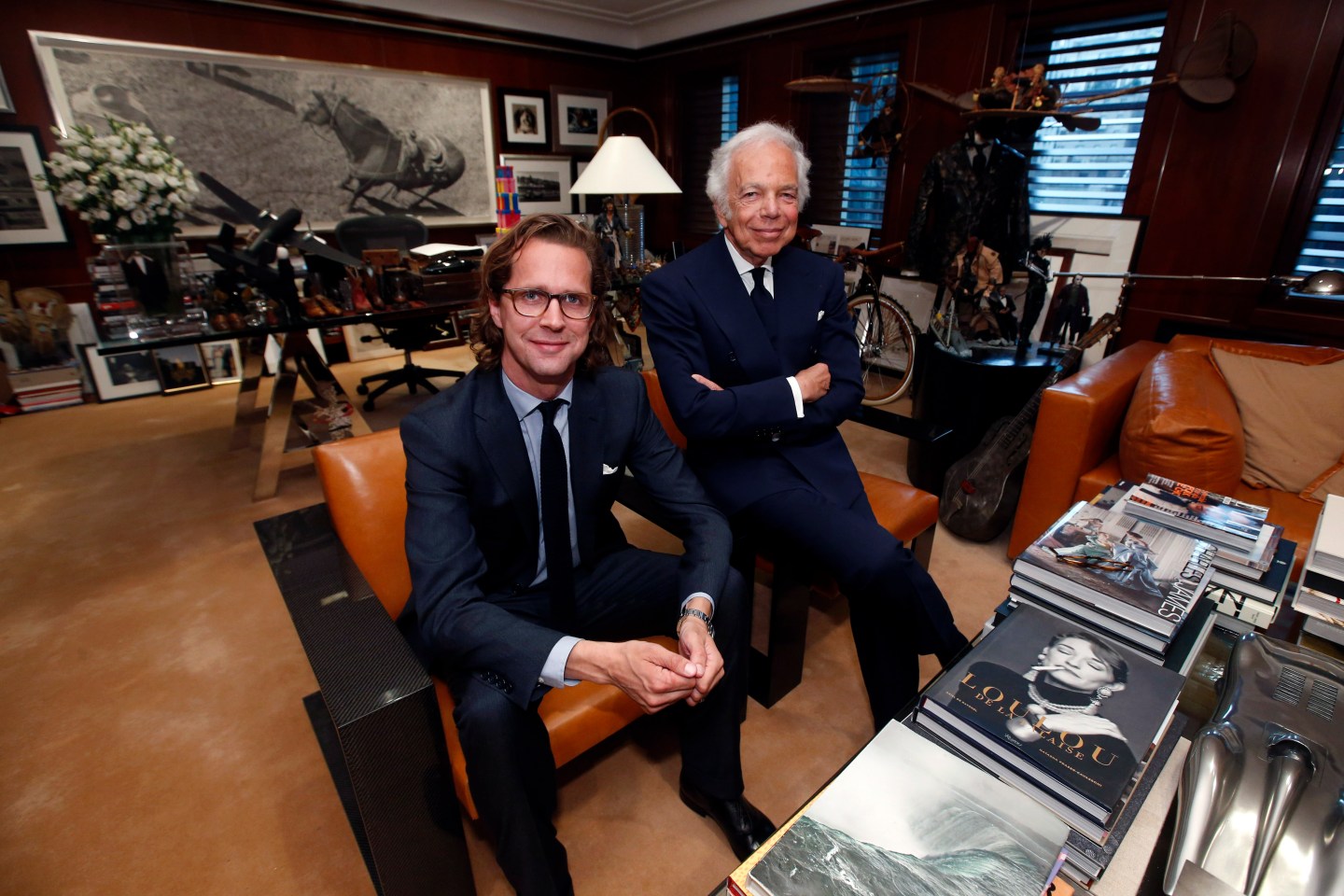 Ralph Lauren, right, with Stefan Larsson, in 2015, when Lauren stepped down as CE0.
Jason DeCrow — AP

Ralph Lauren unveiled plans to cut jobs and close stores as the luxury brand struggles with a prolonged period of weak sales. The apparel maker and retailer also disclosed sales targets for the year that missed Wall Street’s expectations, news that sent shares lower on Tuesday.

The company said it would book charges of up to $400 million, with a bulk of those expenses tied to lease terminations, store closure costs and severance expenses. Under the plan, Ralph Lauren (RL) said it would also simplify the company’s leadership by moving from an average of nine layers of management to six. While Ralph Lauren didn’t disclose specifics, the company told The Wall Street Journal that it would close 50 stores and cut 1,000 jobs, or 8% of the full-time workforce.

“We have to evolve,” new CEO Stefan Larsson said in a presentation to investors Tuesday. “We have to cater to the life and style that people dream of today.”

That news sent shares down about 10%.

Luxury brands like Ralph Lauren have faced a soft retail environment, in particular in department stores where store traffic has slipped dramatically as consumer purchasing patterns change and shoppers gravitate more toward buying apparel online. About 45% of Ralph Lauren’s $7.23 billion in annual sales are derived from the wholesale channel, meaning it is highly exposed to weakness from that channel.

Larsson, who was hired last year from Gap’s (GPS) Old Navy, gave a broad presentation to investors on Tuesday – the first time the company has held such a presentation in its nearly 50-year history. He said Ralph Lauren had been distracted and needed to focus more on core brands, blaming weakness on splitting marketing on too many initiatives that weren’t able to resonate.

Larsson also talked up the challenge the industry faces in a world dominated by social media, calling out Instagram and YouTube as particularly influential on how younger shoppers approach their own personal style. He told a personal tale of how as a young man in a small town in Sweden, one great aspiration was to buy a Polo jacket. He finally purchased one as an adult.

But today, Larsson said shoppers – including his own children – have their own abundance of choices. “When I grew up, I didn’t have that choice,” he added. “We as an industry need to take that seriously.”

The call by Larsson to evolve the brand comes after fiscal year sales last year slipped from $7.45 billion to $7.23 billion, while net income tumbled to $396 million from $702 million. He also is steering a company that has seen shares slip by 30% over the past year, far underperforming the modest gains posted by Coach (COH) and Michael Kors (KORS).

Fashion designer Ralph Lauren, who founded his namesake company in 1967, also spoke at the presentation. Lauren, like Larsson, conceded the world has changed and that the brand would need to find a way to get back into fashion.

Lauren at times struck a defensive tone, rhetorically asking the audience how many brands were as long-lasting and diverse in the fashion business. But at the same time, he admitted that tweaks and upgrades were needed to rebuild Ralph Lauren for 2016 and beyond.