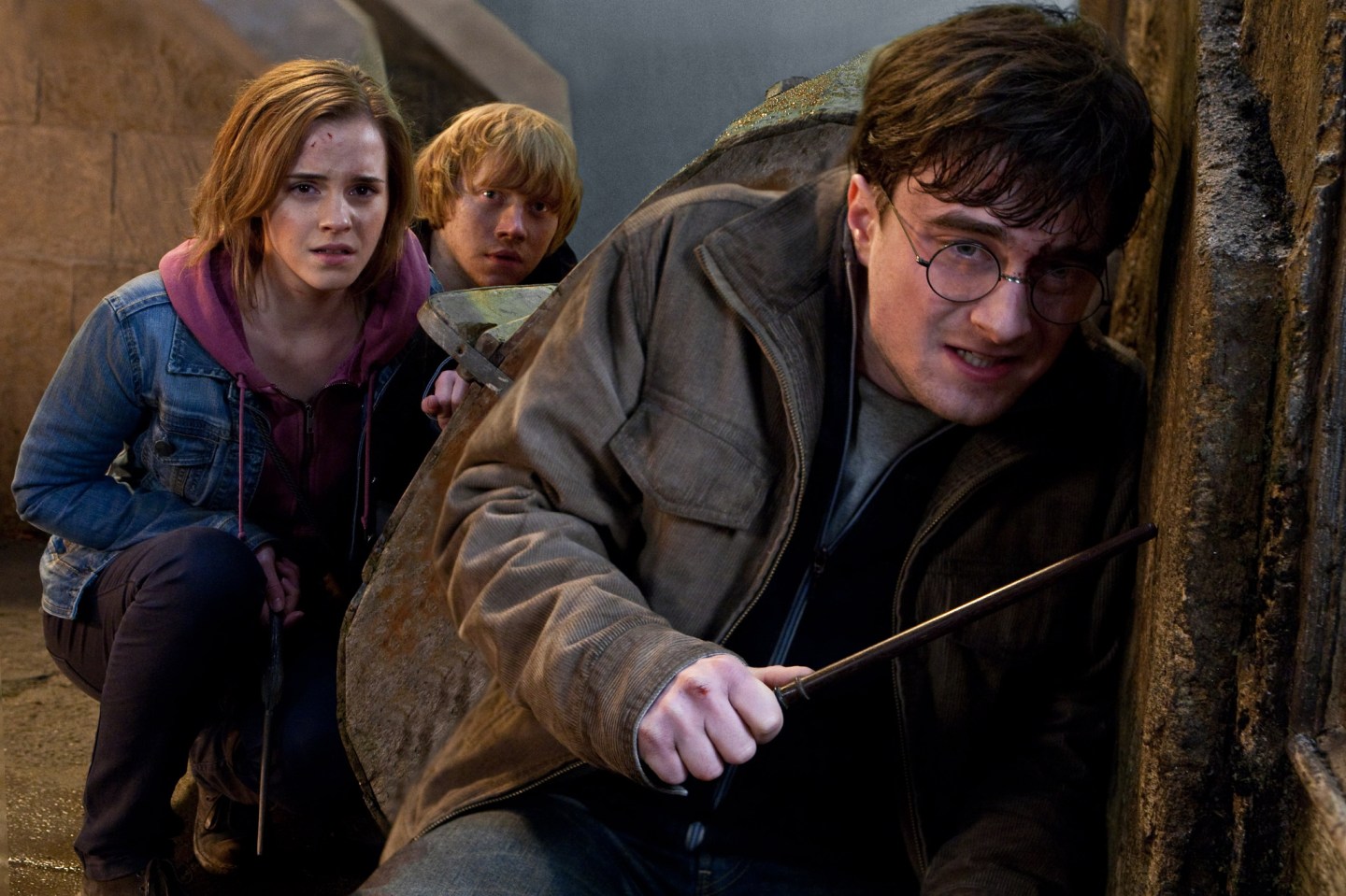 NBC Universal isn’t happy just dominating Olympic coverage thanks to its $1.2 billion deal for the rights to the Games. Now the news and entertainment conglomerate wants to dominate the universe of Harry Potter and expand further into the millennial-focused world of Snapchat as well with two recent deals.

In the case of Harry Potter, NBCUniversal has snatched the television and theme park rights to the young wizard’s story away from the existing licensee, entertainment giant Walt Disney Co. (DIS). Comcast-owned NBCUniversal said the deal with rights-holder Warner Bros. is the largest movie-rights acquisition agreement it has ever signed.

According to the Wall Street Journal, the purchase could be worth as much as $250 million over the lifetime of the seven-year arrangement, which begins in 2018. NBCUniversal gets the right to air all eight existing Harry Potter movies as well as the upcoming movie Fantastic Beasts and Where to Find Them, and it gets to use the characters and other material from the films in its theme parks as well.

The fact that NBCUniversal stole the Harry Potter universe away from Disney is no coincidence because parent company Comcast (CMCSA) has been trying hard to duplicate Disney’s incredibly successful TV, movie, and theme park model for some time now.

Signing the Potter deal makes sense in part because NBCUniversal already has a Potter-themed attraction at its parks (it now gets access to more material from the films), and because the movies are also a huge draw with younger TV viewers. According to Nielsen, the movies have pulled in more than one billion viewers since they were originally shown in theaters, making it one of the most-watched movie franchises in TV history.

Deals for strong, consistently popular content like Harry Potter have become even more important for NBCUniversal as the company struggles to maintain its position in the TV firmament. Viewership for some of its channels has dropped precipitously, especially among younger audiences.

Even the Olympics hasn’t been the blockbuster that the company was no doubt hoping it would be when it shelled out billions for the rights. The opening ceremony for the Olympic Games in Rio de Janeiro last Friday only got about 26 million viewers, down about 35% from the 2012 games in London.

As cord-cutting and the move to digital and streaming services eats into its traditional market dominance, NBCUniversal is also trying to find more ways to piggy-back on the popularity of social platforms like Snapchat. On Monday, the company announced a deal with the photo and video-sharing service to create “shows” related to some of its landmark properties, like The Tonight Show and The Voice.

Unlike deals with Facebook (FB) and YouTube (GOOG), this won’t mean just pushing out clips of content that has already appeared on NBC’s channels, the company said. Instead, it will be creating new clips related to those shows that can be shared via Snapchat’s service. One of the first experiments is a series of user-generated clips related to the singing competition show The Voice.

NBCUniversal already has an existing relationship with Snapchat. The service recently created an Olympic-themed channel that is filled with short-form content created by BuzzFeed, the millennial-focused digital media company that NBCUniversal invested $200 million in last year.

Snapchat has also been expanding its media ambitions recently, both by adding new features aimed at media companies like NBC and by adding advertising options aimed at large brands. Under the NBCUniversal deal, the network will also help Snapchat sell ads related to its content.

The fact that media giants such as NBCUniversal want to partner with Snapchat isn’t that surprising. The company, which now has a theoretical market value of about $19 billion after several rounds of venture funding, racks up an estimated 10 billion video views a day—putting it ahead of Facebook on that metric.