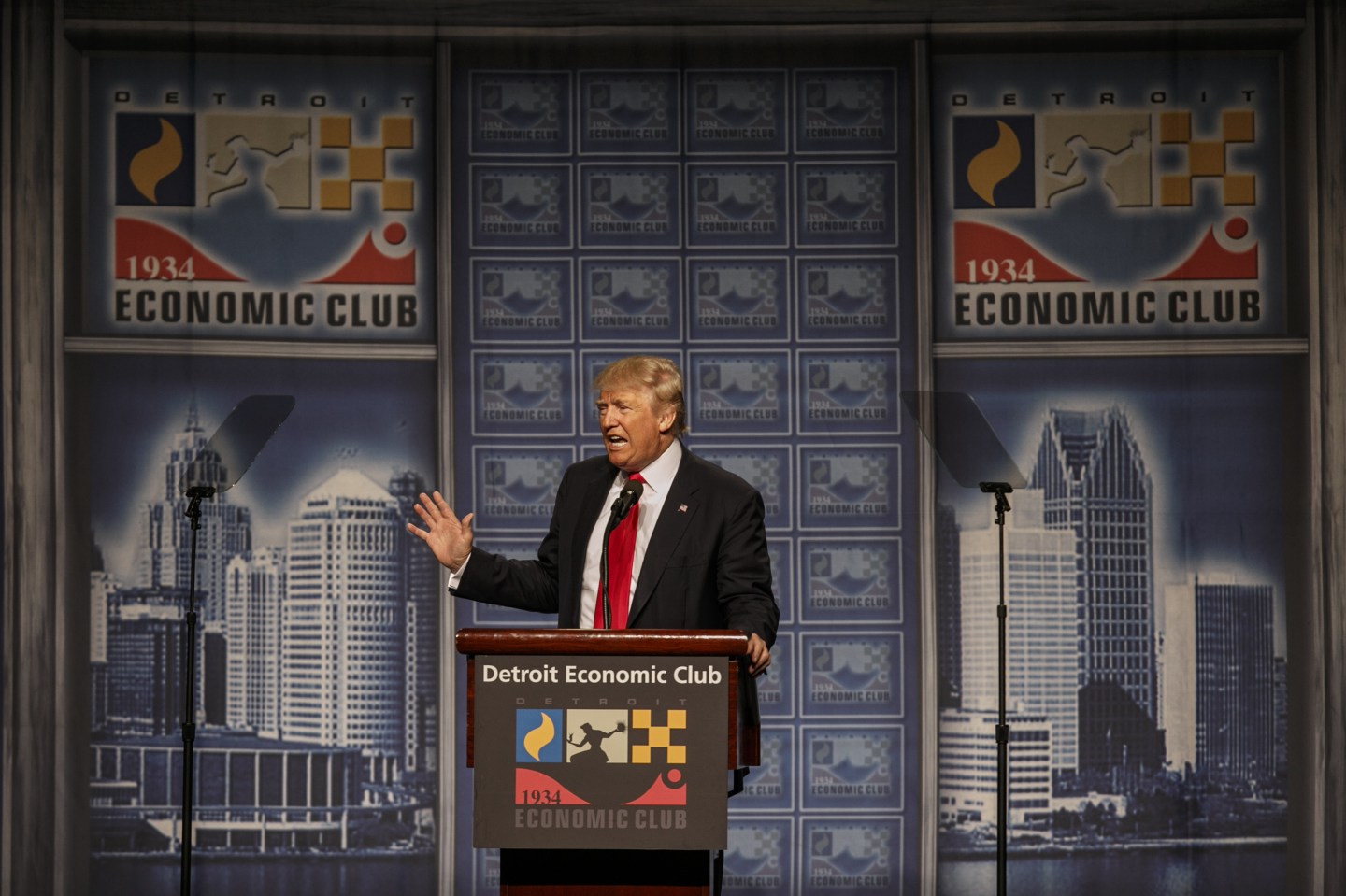 After saying last week that he is worried that the November election will be “rigged” against him, Trump, on Monday, argued in a speech on the economy that the unemployment rate, published once a month by the Labor Department, is a “hoax.”

This isn’t the first time that Trump has questioned the validity of the official unemployment rate, or what economists at the Bureau of Labor Statistics have labeled the U-3 rate. But Trump has rarely talked about the unemployment rate in such strong terms, characterizing the employment situation report as simple propaganda meant to trick the public into believing that the economy is in better shape than it’s in.

Trump hasn’t offered any evidence for this assertion, and over the course of his campaign has claimed that the “real” unemployment rate is anywhere from 18% to 42%. Therefore, it’s evident that Trump’s talk about labor market isn’t rooted in careful analysis of government surveys. At the same time, it’s understandable why some of Trump’s supporters may be skeptical of the official unemployment rate of 4.9%.

That percentage doesn’t factor in all the people who have given up looking for work. It also doesn’t take into account the number of people who only have part-time jobs and want full-time. And hidden from that number is that fact that many of the people who do have jobs haven’t seen significant wage increases over the past decade.

Why doesn’t the Labor Department just count all people without a job as unemployed? Because it wants to distinguish between the truly unemployed and those people who are, for instance, retired, or staying home to take care of the house or family while a spouse works. Counting these people as not part of the labor force is more accurate than saying that they are unemployed.

If what you want to know is simply what share of the adult population doesn’t have a job, the Labor Department has a statistic for that too. It’s called the employment-population ratio.

As you can see from the above chart, 40% of the 16-and-over population not having a job is nothing new in America. Trump’s campaign slogan, Make America Great Again, presumably refers to his hope of returning America to it’s post-war glory, when the U.S. economy accounted for a much larger share of global GDP than it does today. But that was a time when a lower percentage of Americans of working age had a job.

When you study the statistics carefully, you find that the employment-population ratio has much more to do with social factors than the strength of the economy. As it became socially acceptable (and for middle class families economically necessary) for women to enter the workforce in large numbers, the ratio rose. As the country aged and a greater share of workers entered retirement years, the ratio fell.

It’s also true that the Great Recession has affected the labor market in ways that are still being felt. Long-term unemployment skyrocketed and has yet to fall back to pre-crisis levels, and that fact shows up in the employment-population ratio. But to claim that the unemployment rate is a statistic that, as Trump said this fall, “was made up by the politicians for the politicians . . . so they could look good,” has no basis in fact.