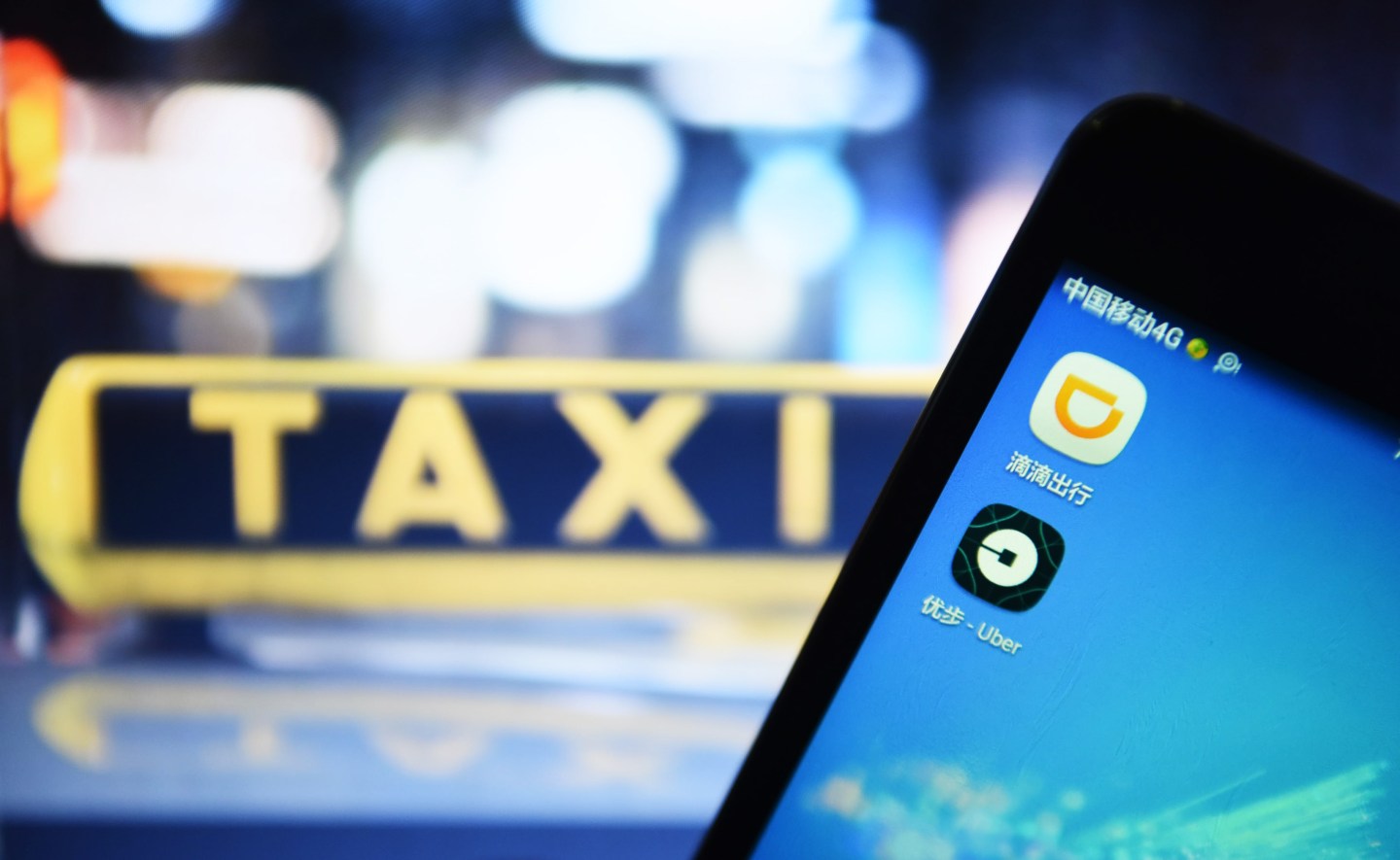 A Chinese mobile phone user looks at the icons of the mobile apps of taxi-hailing apps Didi Chuxing, upper, and Uber on his smartphone.
Shan he Shan he — Imaginechina/AP

Robert Salomon is an associate professor of international management at the New York University Stern School of Business and author of Global Vision: How Companies Can Overcome the Pitfalls of Globalization.

Back in March, I suggested that Uber was poorly positioned to capitalize on China’s ride-hailing market. Uber was losing $1 billion a year in China and battling a profitable and well-connected local competitor in Didi Chuxing (formerly Didi Kuaidi) for market share. Therefore, I was unsurprised to learn last Monday that after two years and more than $2 billion in cash losses, Uber agreed to sell its Chinese business to Didi.

In exchange for its China operations, Uber will receive a 20% minority stake in Didi and a $1 billion equity investment from the Chinese firm. Although additional financial and operational details are still emerging, the sale of Uber China to Didi is a clear indication that Uber has given up on its ambition to conquer the Chinese ride-sharing market.

Uber CEO Travis Kalanick had previously suggested that he was not worried about the company’s losses and slow start in China, yet Uber’s shareholders felt otherwise. Increasingly troubled by Uber’s seemingly interminable difficulties in China, they pressured Kalanick to cut his losses and move on.

Uber’s extraordinary failure reinforces General Electric (GE) CEO Jeffrey Immelt’s statement from 2012: “China is big, but it is hard.” Indeed, China is an incredibly complex market that differs culturally, politically, and economically from the United States. Large U.S. technology companies like Amazon (AMZN), Google (GOOG), eBay (EBAY), Yahoo (YHOO), and Facebook (FB) have struggled to make inroads in China. And despite Kalanick’s public statements otherwise, Uber’s experience demonstrates that it was no exception.

In my book, Global Vision: How Companies Can Overcome the Pitfalls of Globalization, I describe many of the struggles that American companies specifically, and Western companies generally, have experienced in China. China’s infrastructure, financial markets, and banking system are underdeveloped relative to those in the West, making it difficult for Western firms to operate in China as they do at home. Western managers find China’s political structure, legal system, and regulatory rules complex and vexing. Also, the Chinese practice of intermingling personal and business relationships is foreign to U.S. companies accustomed to more transactional relationships with their customers and employees. Finally, Chinese consumer tastes are so different from Westerners’ that foreign companies find it challenging to adapt their products and services to meet the specific needs of Chinese customers.

Unfortunately, Uber was not able to overcome these obstacles, learning the hard way that the risks inherent in expanding to China can sink even the best-laid business plans. To succeed in countries like China, companies need to develop strategies that balance these risks with anticipated rewards. For many Western firms, China presents far greater risk than it is worth, and many rightly elect to stay out. However, for those companies that feel compelled to enter the Chinese market, a measured approach is key.

Uber understood the importance of proceeding slowly and investing in relationships. Kalanick made frequent visits to China to cultivate political relationships and develop an extensive network of drivers. However, for Western companies expanding to China, it is often also critical to align with the right local business partners. Local companies typically have a better handle on the cultural, economic, and political environment, and can help foreign firms navigate the full set of risks they face.

This is where Uber erred: It tried to tackle a risky and complex market alone. Partnering with a company like Didi from the outset might have saved Uber some costly pain, and the embarrassment of having to accept a role as junior partner in a Chinese company.