The Real Reason Uber Is Losing in China 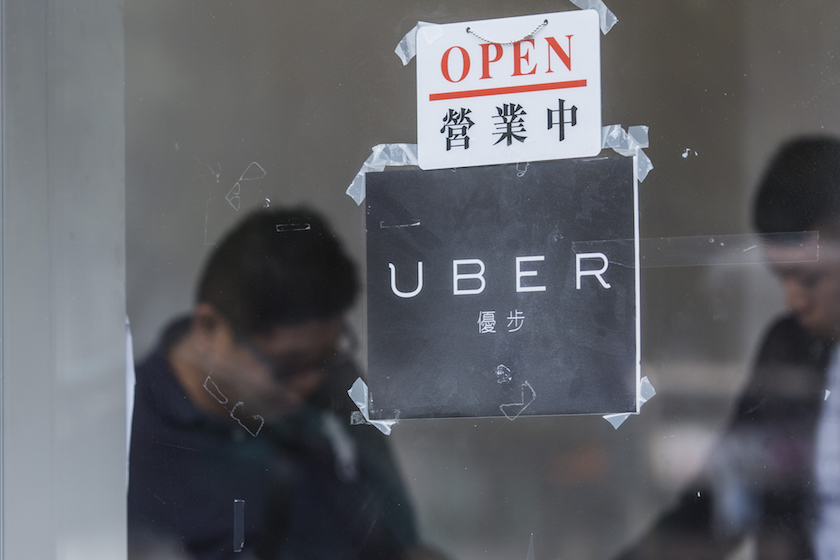 A sign is displayed at an Uber Technologies Inc. office during a driver recruitment event in Hong Kong, China, on Tuesday, Dec. 29, 2015. Uber is in the process of further padding its war chest with as much as $2.1 billion in a financing round valuing the company at $62.5 billion, people familiar with the matter said this month. Photographer: Justin Chin/Bloomberg
Photograph by Justin Chin — Bloomberg via Getty Images

Uber recently revealed that it is losing more than $1 billion per year in China. This is a colossal sum of money for any company, let alone one that has been in business for less than a decade. Despite the eye-popping headline number, Uber claims that its losses in China are nothing to be concerned about. According to its chief executive and founder Travis Kalanick, Uber is in a much better market position than its chief Chinese rival, Didi Kuadi, and he believes Uber can weather its early stumbles there by subsidizing losses with profits from other operations.

I am not so sure I take such a rosy view of Uber’s plight in China. I think they are symptomatic of deeper-seated global strategy problems and that they reveal some serious strategic flaws.

When companies expand abroad, they face unfamiliar cultural, political, and economic environments that put additional, unforeseen pressures on their domestic business models. They also face competitors who understand the local environment far better than they do.

No technology company has experienced these difficulties more acutely than Uber. In fewer than seven years, Uber has managed to expand from North America to every populated continent – Europe, Asia, South America, Africa, and Australia. At one point Uber was entering one new city per day. And if that weren’t enough, Uber recently expanded its offerings in markets like Thailand and India with a rickshaw and motorbike service. That kind of growth in product and geographic scope is unprecedented.

So what does Uber have to show for all of this global expansion? Much less than it had hoped, and much more difficulty than it had anticipated, …and not just in China. Let’s take a closer look.

Uber has faced its fair share of difficulty in the US. Uber’s traditional approach has been to enter quickly and stake a claim to a new territory first, leaving the legal and regulatory ramifications for later. Though proponents laud its innovativeness, convenience, speed, and (non-surge) prices, detractors suggest that Uber is operating in a morally reprehensible way by running an illegal taxi service that clearly violates local regulations. To its credit, Uber has largely been able to placate regulators and politicians in various US cities. For starters, it maintains that it is a software company that merely connects suppliers (taxi drivers) with customers (fares). As such, it argues that the onus of regulatory compliance falls squarely on its contractors (the taxi drivers) and not on Uber. It has prevailed in courts in New York, for example, defending its right to operate an electronic taxi hailing service and compete head-to-head against traditional yellow cabs. It has also convinced politicians in various US cities—e.g., Miami, San Francisco, and St. Louis—to change existing laws in its favor.

But Uber has not been so lucky outside the US. Beyond its well-documented troubles in China, it is also struggling in Europe. The young tech company has committed a classic globalization mistake: it naively assumed that its business model and market approach, which ultimately solidified its market-leading position in the U.S., could translate just as seamlessly to other countries. It severely underestimated the challenges of operating in countries that embody totally different economic, political, and cultural environments.

For example, when it comes to political differences, Uber’s devil-may-care approach of asking for forgiveness (instead of for permission) works better in countries with legal systems based in common law. In common law countries like the US and the UK, laws and regulations are more flexible and subject to judicial interpretation. Uber is therefore afforded greater latitude when arguing the legality of its case in the courts of law. Such an entry approach is difficult, however, in civil law countries like China, France, Germany, Spain, and much of continental Europe. Civil law systems have their foundation in Roman Law and are based on doctrine, core principles, and codified rules. As a result, laws are more rigid and the role of the judicial system is to enforce, rather than interpret, the law. In that sense, an adversarial stance toward Uber’s less-than-by-the-book adherence to the law should have been expected.

Critically, Uber also failed to properly acknowledge the subtle and nuanced cultural differences between the US and foreign countries, thereby failing to win in the court of public opinion. The US has a particularly strong emphasis on individualist principles: individuals are encouraged to take chances to assert their individuality and pursue their individual self-interests. But in Asia, and in European countries like France and Spain, group harmony and societal order are stressed over individual achievement. There is a greater concern for others, a greater emphasis placed on personal relationships, and a greater sense of kinship and solidarity built into each country’s social compact. It is therefore not surprising that local consumers are skeptical of Uber’s aggressive entry tactics, lack of consideration for local authorities, and inability to foster genuine and trusting local relationships.

As a consequence of misreading political and cultural environments and adopting a flawed approach to global expansion, not only is Uber losing more than $1 billion in China, but it is at a distinct disadvantage to local companies like Didi Kuadi in many of the foreign markets it operates. It has been banned from operating in parts of France, Germany, Spain, the Netherlands, and Belgium. It has been accused of willfully ignoring and breaking the law, placing both drivers and riders in peril. And its presence in various countries has generated an incredible backlash – protests, riots, clashes with angry labor unions, and an endless litany of customer complaints.

So how could Uber have avoided this mess? First, the young, talented, and well-endowed company should have recognized that China, India, and Europe, though rife with economic potential, differ in meaningful ways from the US. It should have taken a careful look at its practices and policies to consider whether they were appropriate to each specific country. Uber would have fared better asking for permission to operate from the proper authorities and thus conveying its respect for established regulations and institutions, no matter how time consuming it may seem. It also should have invested time in building relationships with the various unions that represent taxi drivers rather than foment hostile reactions with aggressive entry tactics. Harnessing a cooperative approach that aims to anticipate country-specific risks would have helped Uber avoid much of the political – and popular – backlash it received. It would have helped curry cultural favor with the local consumer base. And it would have helped make Uber a more formidable competitor in the local market.

Although the headline was about Uber’s China problem, Uber’s global problems extend well beyond China. Moreover, the tale of Uber is one that is not uncommon for globalizing companies, big or small, new economy or old. And it highlights how important it is, now more than ever, to understand the political, cultural, and economic environments in the global marketplace and to tailor business strategies accordingly.

Robert Salomon is an associate professor of international management at NYU Stern School of Business and author of Global Vision: How Companies Can Overcome the Pitfalls of Globalization.