Rio Games Far From Sold Out, Ticket Sales at 82% 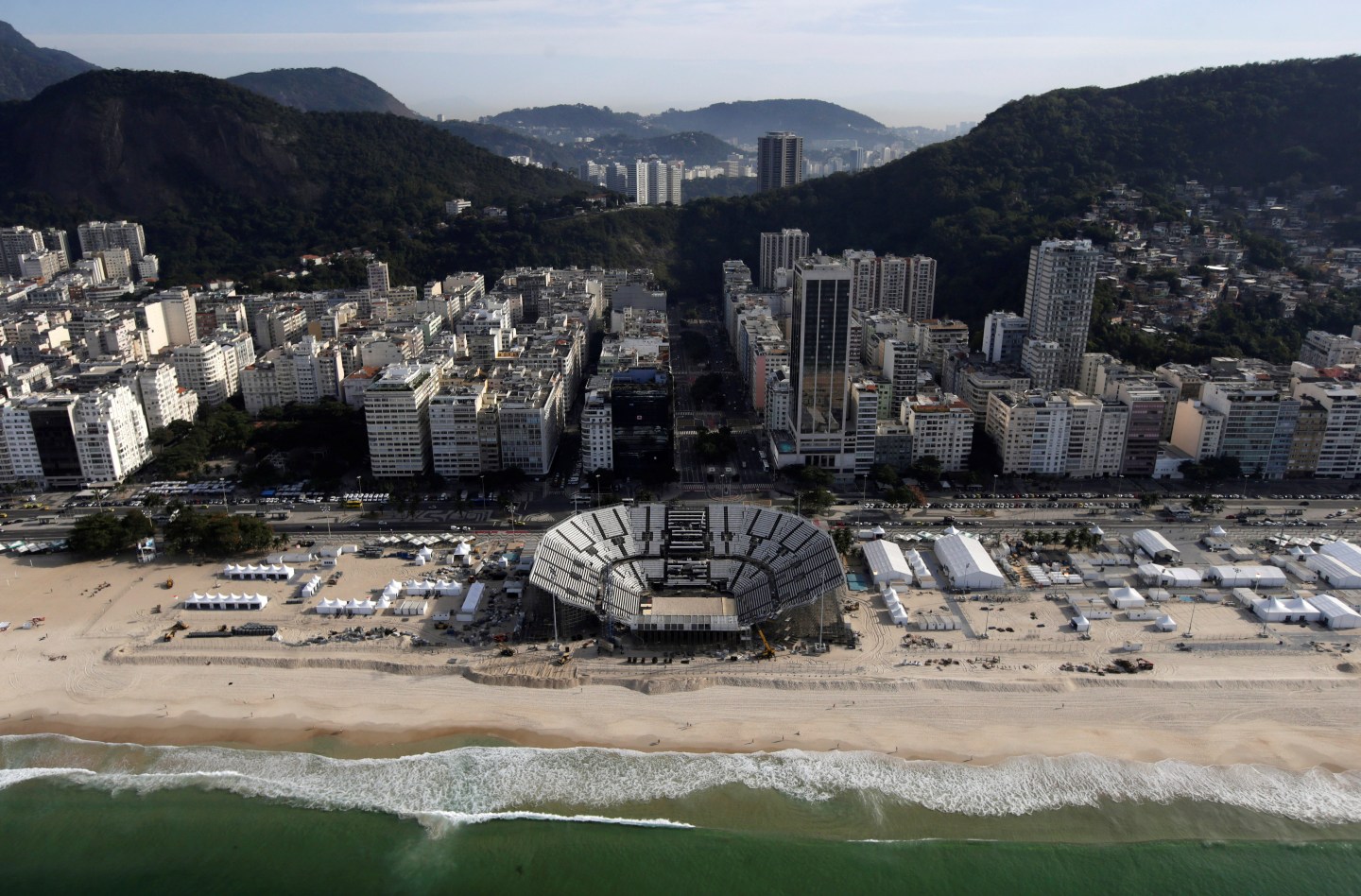 Another day of Olympic sports played out before empty seats led to an admission from organizers that only Friday’s Opening Ceremony has so far sold out.

Demand for tickets is running at 82%, considerably below London four years ago even though they are roughly half the price.

Not even Brazil’s Olympic soccer team in its first match at the Games has attracted a capacity crowd and on Sunday the women’s sevens tournament was played in front of at best half-filled 15,000-seater Deodoro stadium while only a few thousand spectators watched the women’s cycling road race.

”We have sold 82% of the tickets we have available, 5 million tickets. We still have 1.1 million tickets to sell,” said Games spokesman Mario Andrada, although organizers say they had surpassed their financial target from sales by 5%.

Brazil, having long run out of cash for the Olympics, is struggling with its worst recession since the 1930s amid a political crisis.

Prices for the Rio tickets range between $10 and about $1,150 for the opening ceremony. More than half the tickets cost $17 or less, about half the price of London tickets.

London eventually sold 8.2 million out of the 8.5 million tickets issued for the Games.

”Certainly the issues we had with ‘mag and bag’ (security screening) we had yesterday morning impacted the ability of people to get in,” Andrada said.

”Some people, especially those with children, have decided to go home, which we regret,” Andrada said.

For Most Brazilians, Rio Olympics Won’t Be About Medals

Long delays at security checkpoints frustrated spectators on the first day of full competition, some of whom missed the competitions they had wanted to see.

”None of the sessions yesterday were fully sold out,” he said.

”As you know, we are obliged by law to keep a contingency for last-minute arrivals… so we need to keep around 6% of every session in every venue available until the last-possible minute so that prevents us from claiming sold-out events as often as we would like to.”