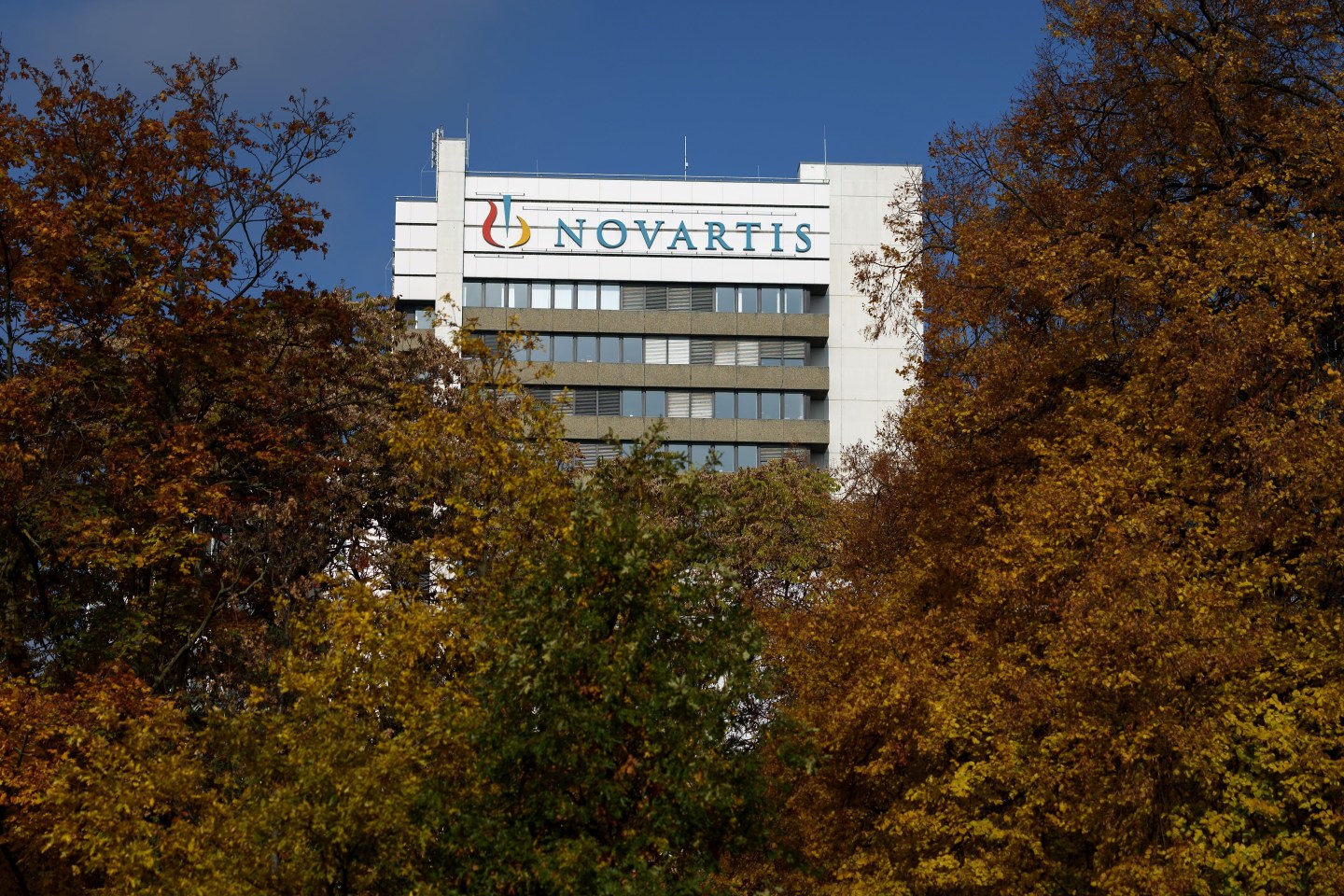 A sign of Swiss pharmaceutical giant Novartis is seen on the top of a building at the company's campus on October 27, 2015 in Basel. Novartis said that its third-quarter net profit fell by 42 percent to $1.8 billion (1.64 billion euros), partially due to provisions to settle a US corruption case. However the world's largest pharmaceutical company in terms of sales confirmed its 2015 targets, including sales growth from continuing operations in mid-single digits excluding exchange rate effects and growth in operating income in the high single digits. AFP PHOTO / FABRICE COFFRINI (Photo credit should read FABRICE COFFRINI/AFP/Getty Images)
Photograph by Fabrice Cofrini—AFP/Getty Images

The first new asthma pill in decades has produced promising results in a small clinical trial, potentially paving the way for another treatment option for patients by the end of the decade.

Fevipiprant, which is being developed by Novartis (NVS), reduced a biological marker of asthma nearly five-fold in the 12-week trial involving 61 patients, researchers said on Saturday. No serious adverse events were reported.

Larger and longer studies are now needed to prove that the twice-daily pill can also reduce severe asthma attacks, known as exacerbations. Novartis believes the medicine could be filed for regulatory approval in around 2019.

Pills for asthma used to be standard treatment 40 or 50 years ago, but those older products were often associated with worrying side effects. They have since been replaced by inhalers that deliver small amounts of drugs directly into the lungs.

The Novartis pill works in a very precise way to block the action of inflammatory cells called eosinophils.

For more on Novartis, watch:

The latest research, published in the journal Lancet Respiratory Medicine, comes at a time of considerable innovation in asthma care, with the recent launch of new injectable drugs for severe asthma that also target eosinophils.

At the same time, many drugmakers are developing improved asthma inhalers, including “smart” devices with sensors that monitor use.