Walmart Is Giving Its Workers More Power Over Their Schedules 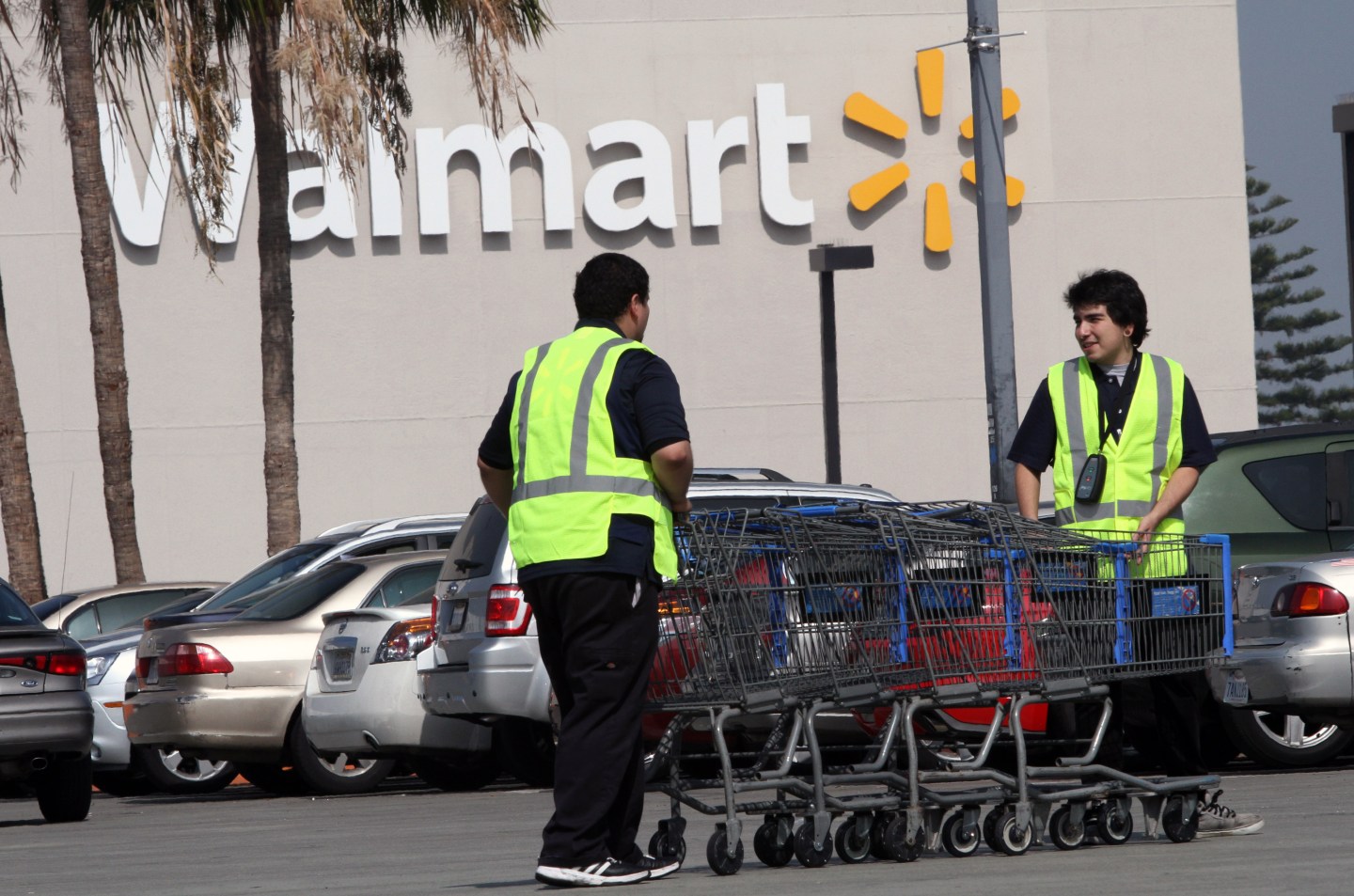 Walmart (WMT) has implemented a new system for scheduling workers at 650 U.S. stores, the company said, as it aims to improve staffing levels during peak shopping times and offer more certainty over hours for employees.

The world’s largest retailer has acknowledged in the past that customer service needed to improve as it was hurting sales growth. Walmart is investing $2.7 billion on pay and benefits and has led major retailers in raising minimum wages to $10 per hour. Walmart’s new scheduling system could prompt others to follow.

The system, called Customer First Scheduling, was launched in all of Walmart’s 650 small-format Neighborhood Markets in the last week of July with plans to eventually roll it out across the entire U.S. store network, although the company gave no timeframe.

“At the same time … associates have the option to choose what hours they want and see if they are available,” he said.

The electronic system can prioritize scheduling for peak shopping hours by taking into account foot traffic and sales data from every department in each store. Staff are then allocated to the remaining shifts in order of importance.

The new system also aims to give employees more certainty over shifts and should cut down on the need to schedule employees on short notice.

The new system allows some workers to have a fixed schedule with the same hours and days for up to six months. Those with unfixed schedules will only be slotted to work when they say they are available and will not be expected to be available on short notice.

Currently, Walmart managers allocate hours within the times employees say they are available to work.

The new system is ostensibly designed to increase workforce retention, but it was not immediately clear how it will affect overtime opportunities, an important component of low-paying retail jobs.

Ibbotson declined to comment on whether the system will affect the availability of overtime.

Labor groups, which have been calling for change, had mixed reactions to the new system.

Our Walmart, a labor group that focuses on representing the retailer’s employees, said in a statement that the policy makes some improvements by adding fixed shifts and prioritizing peak hours. But it said the system does not address the problem of inadequate hours.

The United Food and Commercial Workers union, which has worked to unionize Walmart employees but does not count any of the company’s employees among its members, said in a statement it was not clear whether the changes will make a material difference in the problem of scheduling.

Fears of a cut in overtime pay led to worker protests across three cities in China last month when Walmart launched a new but different scheduling system there.

Electronic schedules generated by the new U.S. system, which Walmart developed with workforce software company Red Prairie, have thrown up some early problems.

“Some days it will schedule one person on the entire front end from 7-11 a.m. and other days it just won’t schedule at all until 1 p.m.,” said a store worker who spoke on condition of anonymity.

“I didn’t have a single cashier come in one day until mid-morning,” the worker said.