This Vegan Mayo Startup Is Under Fire Again 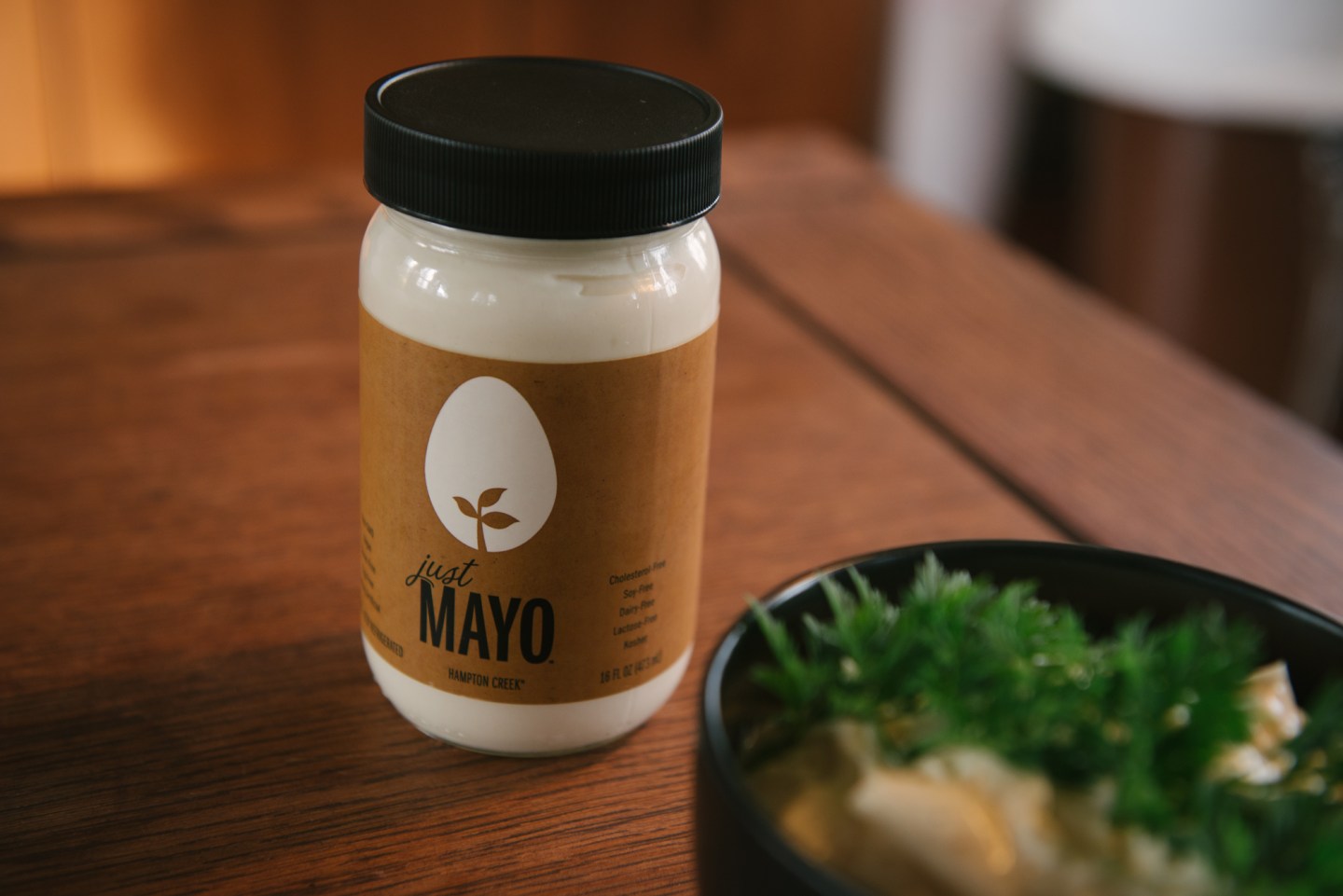 The co-founder of Hampton Creek, a food startup known for its eggless alternative to mayonnaise, is under fire again.

In 2014 Josh Tetrick impressed leading venture capital funds—like Founders Fund and Khosla Ventures—and persuaded them to invest $90 million in his vegan startup. But according to a new report from Bloomberg, just eight months before the funding round closed, Tetrick’s team at Hampton Creek “quietly launched a campaign to purchase mass quantities of Just Mayo” from stores without telling investors, making the product appear more popular than it really was.

In addition to buying up hundreds of jars across the U.S., contractors were told to call store managers pretending they were customers and ask about Just Mayo, according to Bloomberg, which noted that strong demand for a product typically prompts retailers to order more and stock it in additional stores.

Tetrick told Bloomberg the primary purpose of the purchases was to check the quality of the mayonnaise, that the program cost about $77,000, and it represented less than 0.12% of the company’s sales.

“Assessing the product from the customer perspective, more than anything, gets us out of the bubble of typical manufacturing,” he said. “This was and always will be the primary purpose of it, which is why we’ll continue doing it.”

But five former Hampton Creek contractors and two ex-senior staff members said the buyback assignments were separate from quality checks at stores. The ex-contractors told Bloomberg they were told to buy up jars at nearby stores and were free to consume or discard them—not look for quality issues, as the company said.

This is not the first time Hampton Creek and Tetrick have come under fire. In 2015, the Food and Drug Administration issued the company a warning letter that accused the company of falsely labeling its product as mayonnaise (the legal definition requires eggs as an ingredient). Hampton Creek fought hard, and the FDA relented, ruling the company could keep using the name Just Mayo as long as it made some changes to the product’s label.

In 2015, Business Insider also went after Hampton Creek, writing that the company didn’t develop its vegan spread in-house, that Tetrick’s dog roamed around the food preparation facilities, and that he unfairly promoted an employee he was dating, among other issues. Tetrick responded to the allegations in a blog post.

Tetrick responded in a Medium post with “fact-based responses” to each of the allegations and said the original article was   based on false, misguided reporting, and, “people smarter than me in science and food and journalism have already discredited it.”

Despite the controversies, Tetrick has raised $120 million and is backed by several billionaires, such as Hong Kong’s Li Ka-shing and Yahoo founder Jerry Yang.

Fortune has reached out to Tetrick and will update the story if he responds.