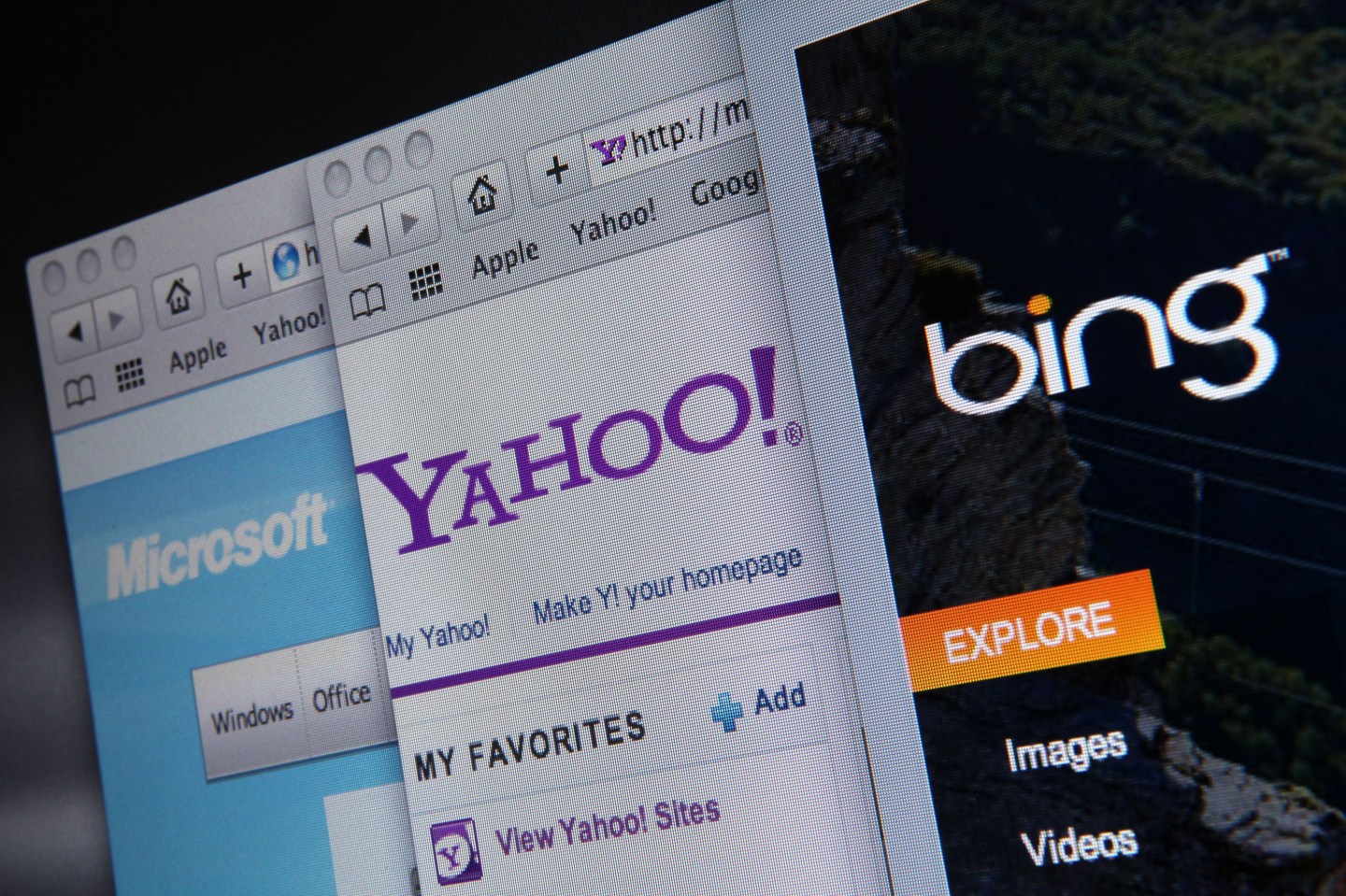 SAN ANSELMO, CA - JULY 29: The websites of Bing, Microsoft and Yahoo are displayed on a computer monitor July 29, 2009 in San Anselmo, California. Microsoft and Yahoo have announced a 10-year internet search partnership in an attempt to take away users from search giant Google. (Photo Illustration by Justin Sullivan/Getty Images)
Photograph by Justin Sullivan—Getty Images

Good news, web surfers—your Internet speeds got a whole lot faster over the past year.

A new report from web analytics firm Speedtest finds the average American broadband customer’s download speed spiked 42% since July 2015, reaching a record level of nearly 55 megabits per second (Mbps). Upload speeds posted even more impressive gains with a 51% improvement in the past year.

“The typical fixed broadband consumer in the U.S. saw average download speeds greater than 50 Mbps for the first time ever during the first six months of 2016, topping out at 54.97 Mbps in June,” wrote the study authors.

So which telecom companies dominate when it comes to providing the best surfing experience? The answer differs significantly based on if you’re talking about downloads and uploads. Comcast (CMCSA) XFINITY blows away the competition when it comes to average download speed at 126 Mbps, with Cox and Spectrum following closely behind at 118 Mbps and 114 Mbps, respectively. But Cox could soon displace Comcast for the top spot judging by its impressive 35% speed boost between April and June of this year.

The fiber optic Verizon (VZ) Fios service is a clear outlier in the report. It’s the only ISP whose average upload speeds actually edge its download speeds (94 Mbps versus 88 Mbps). CenturyLink (CTL) has the worst fixed broadband download figures (40 Mbps) while AT&T (T) U-verse has the worst uploads (7 Mbps).

Average mobile speeds are also on their way up, according to Speedtest.

Verizon Wireless and T-Mobile (TMUS) are nearly neck-and-neck in that arena with download speeds of 21.11 Mbps and 21.02 Mbps, respectively. Even Sprint (S), which remains at the back of the major wireless provider pack, clocked in at about 15 Mbps. The advent of 5G mobile Internet is also likely to shift that market’s landscape, although these improvements are unlikely to become evident until 2020.

Speedtest praised the improvements but warned that there’s still much work left to be done. The firm says that ISP consolidation could be a barrier to improving speeds down the line, although that may be counteracted by the American consumer’s “insatiable” appetite for faster speeds.

For more on 5G, watch our video.

“Competition is a good thing, and while we’re seeing faster performance than ever before, the Internet in the U.S. could certainly improve,” wrote the report authors, pointing out the U.S. still ranks just 20th in fixed broadband and 42nd in mobile Internet performance globally.

The recent gains in Internet speed were also unevenly dispersed across the U.S. Speedtest noted that a recent Federal Communications Commission (FCC) report found that, while just 10% of Americans don’t have access to Internet that meets the agency’s new target standard of 25 Mbps downloads and 3 Mbps uploads, nearly four times as many people in rural regions don’t enjoy that level of speed.