Here’s Why U.S. Homeowners Could Lose Almost a Trillion Dollars 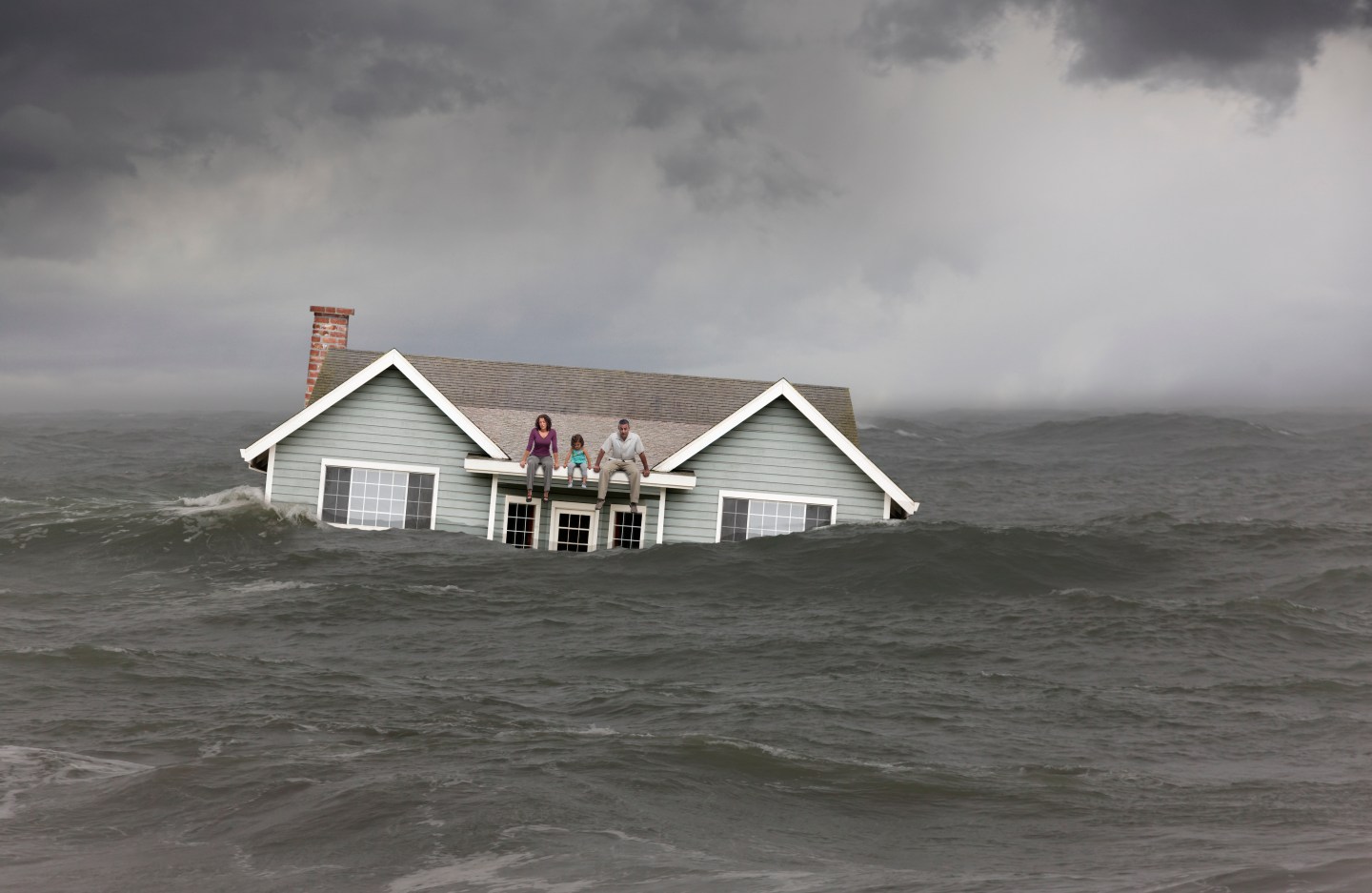 Buying a seaside home for retirement might not be so in vogue by the end of the century.

That’s because, by 2100, many of them may be gone, or on the verge of disappearing. Zillow, a company that maintains a databased of home price values and real estate transactions, says climate change and rising sea levels threaten to swallow about 1.9 million U.S. homes—about 2% of all U.S. homes—worth a combined $882 billion, by the end of the century.

The firm based its calculations on a study published in Nature Journal in March that suggests sea levels could rise to about six feet by the end of the century, as long as current levels of greenhouse gas emissions continue unchecked.

Should sea levels rise six feet, about 300 U.S. cities are expected to lose at least half their homes, and 36 cities will be completely lost to the sea.

Even if sea levels were to rise just two feet, the U.S. still stands to lose $74 billion worth in homes.

So buyers might want to be a tad more wary when putting money down on a new property by the waterfront—lest their investment go to waste. After all, homes by the water tend to be more expensive. According to Zillow, the homes at risk have a median value of $296,296, 58% more expensive than the nationwide average.

Florida is expected to be hit the hardest in term of the total value of homes expected to be lost underwater. The state could lose $413 billion worth in homes—one in eight homes in Florida. Hawaii is also at risk of losing 9% of homes.

Zillow also compiled maps to show which cities and what areas are likely to sink underwater should sea levels rise 6 feet:

Of course, when one home goes into the water, another becomes waterfront. So the houses that don’t get washed away could eventually be worth more. Still, scientists say water levels could continue to rise until the year 2500. Long-term investors might want to think about buying in Kansas.