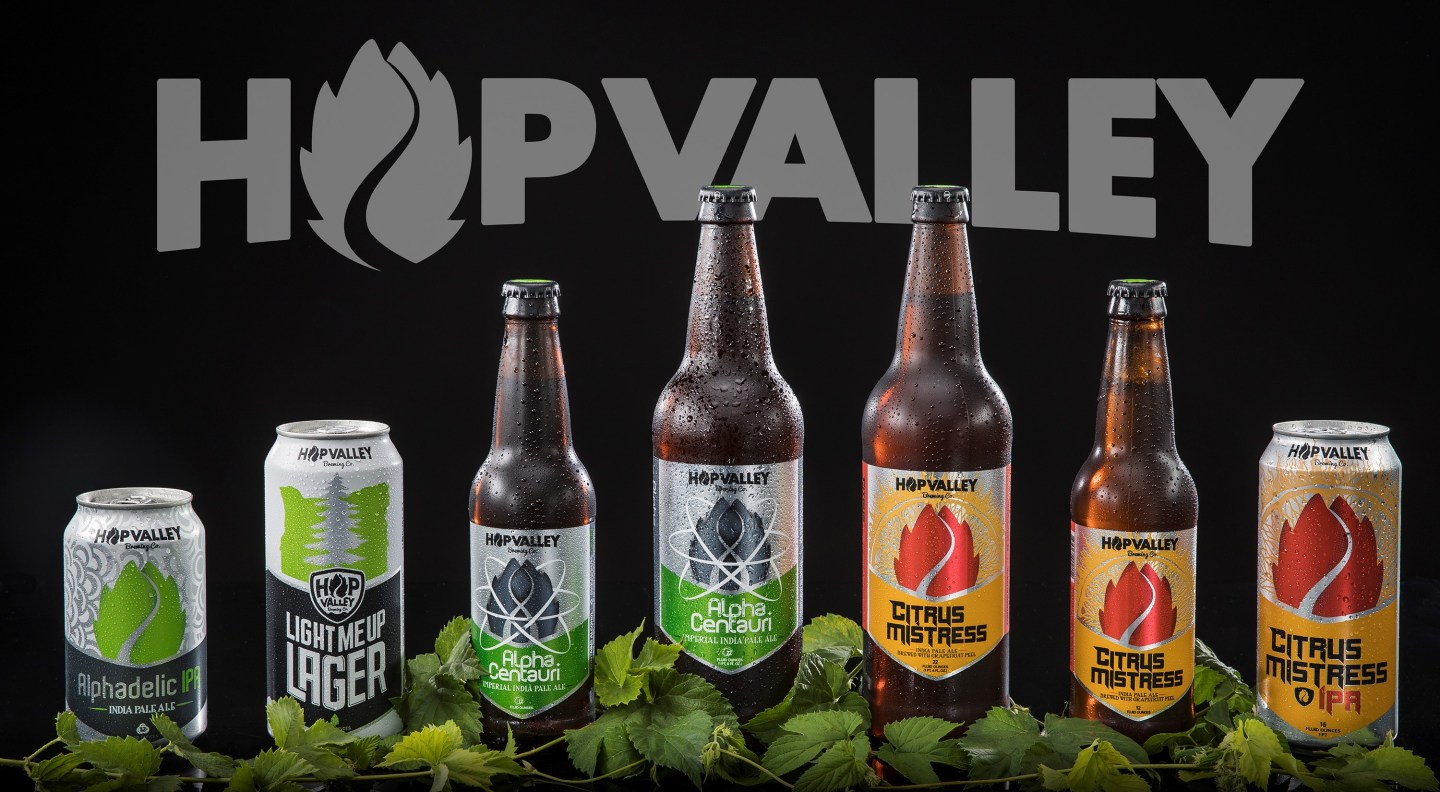 The craft division of MillerCoors has bought a majority stake in Oregon-based Hop Valley Brewing Company, the second investment the big brewer has made in a tinier rival this month.

On Friday, MillerCoors announced that Hop Valley would be added to the company’s Tenth and Blake division, which includes four other brands—Blue Moon, Leinenkugel, Terrapin, and Saint Archer. The latter two are more recent investments, with MillerCoors buying a majority stake in Saint Archer in September and gobbling up a larger stake in Terrapin earlier this month after initially buying a minority interest in 2012.

Big brewers like MillerCoors and Anheuser-Busch InBev (BUD) have increasingly struck deals with their smaller rivals to gain access to more fast-growing regional brands at a time when consumers are drinking less of some of the industry’s biggest ales. Craft brewers have reported double-digit volume growth for eight consecutive years as Americans are lured by their fuller-flavored ales, including a 13% increase in 2015.

“This partnership is an important regional play for Tenth and Blake as it provides us with a strong strategic partner in the IPA and hoppy beer space in the highest indexing craft market in the U.S.,” said Tenth and Blake President and Chief Executive Scott Whitley in a prepared note.

Since Hop Valley opened its original brewery in Springfield, Ore. in 2009, the company has carved out success as an expert maker of IPA style beers. The brewer specializes in hoppy beers and volume exceeded 38,000 barrels last year. According to industry watcher Beer Marketer’s Insights, Hop Valley’s largest brands are the flagship IPA Alphadelic and Citruss Mistress, which came to prominence in 2014.

Hop Valley’s growth has been supported by an expansion from the original Springfield brewery to a newer production facility in Eugene. MillerCoors says the founding and existing management team will remain with the business. Like Saint Archer and Terrapin, it will operate separately but have access to resources that Tenth and Black can provide.

Often times, craft brewers benefit by having greater access to key ingredients like hops. They can also tap vaster distribution systems, a bigger sales team, and work with a large brewer on marketing and packaging initiatives. On the flip side, some consumers that only want to support true craft players say these deals are a form of “selling out.”

Tenth and Blake strongly indicated that there are strong synergies between the goals at MillerCoors and Hop Valley.

“Hop Valley’s approach is very much like Tenth and Blake’s in that it offers high-quality, innovative, sessionable craft beers—yet it brings heavy IPA experience that will complement Tenth and Blake’s portfolio,” said Whitley.

News of the latest investment in craft comes a little over a week after the Justice Department announced it reached a final agreement with Anheuser-Busch InBev that would allow Molson Coors (TAP-A) to buy SABMiller’s 58% stake in MillerCoors to allow AB InBev to proceed with its deal to buy up most of the rest of SABMiller.