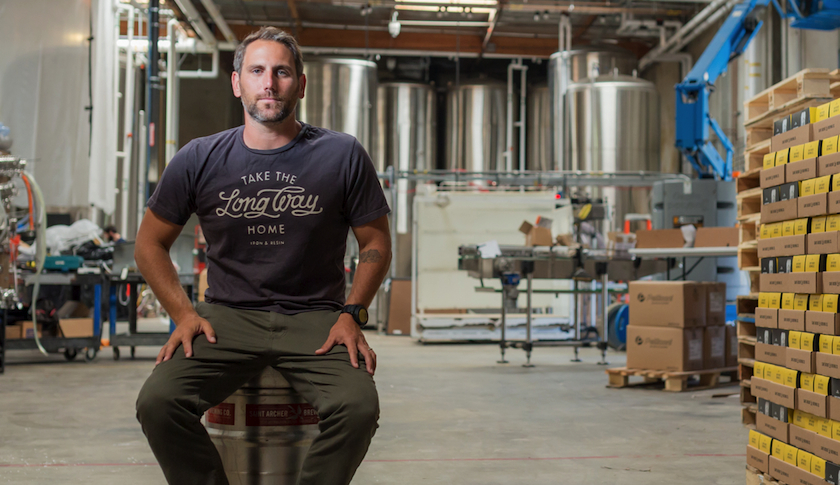 Big Beer has found itself another craft brewer to buy. On Thursday, MillerCoors said it is purchasing a majority stake in Saint Archer Brewing Company.

Saint Archer, founded in San Diego in 2013, makes a variety of ales including an IPA and White and Pale ales. It is small, even for a craft brewer, and expects to sell only 35,000 barrels this year. But its growth is explosive: Sales more than doubled in 2014, making Saint Archer one of the fastest-growing breweries in California. Beer aficionados may recall that it won a gold medal for its White Ale at the prestigious Great American Beer Festival last year.

The deal comes just two days after Dutch brewing giant Heineken announced it would buy a 50% stake in Lagunitas, a leading U.S. craft brewer. Both deals are part of a broader trend by the biggest beer makers to tap rising consumer interest in the craft category, which generated $19.6 billion in retail sales last year. Market share for the sector has more than doubled from 5% in 2010 to 11% in 2014, according to industry trade group the Brewers Association, as growth for the world’s largest brewers has slowed in the massive $100 billion U.S. beer market.

While the Lagunitas investment is a first for Heineken in the craft beer category, MillerCoors (TAP) has been at it for a while now. Saint Archer joins the larger brewer’s “craft” division, called Tenth and Blake, which already includes Blue Moon, Jacob Leinenkugel, and Crispin Cider. Sticking with the term “craft” for its marketing of Blue Moon has gotten MillerCoors into some hot water. The brewer was sued earlier this year in a complaint that sought class action status for MillerCoors allegedly misleading customers. Craft beers, as defined by the Brewers Association, must be less than 25% controlled by a big brewer.

Regardless of their marketing, those smaller brands are the best performers at MillerCoors today. In second-quarter results reported last month, volume slid for established brands such as Miller Lite and Coors Light, while Blue Moon and Leinenkugel continued to grow.

“We have always wanted to get great beer into more people’s hands,” Josh Landan, Saint Archer co-founder and president, said in a statement. That’s the same message that Lagunitas outlined when it announced its deal with Heineken: increased distribution thanks to the support of a bigger brewer.

“With Tenth and Blake’s help, we hope to one day be a national brand,” Landan said.

The deal is expected to close next month. Terms of the transaction weren’t disclosed.