America Looks Like It’s Headed for a ‘Restaurant Recession’ 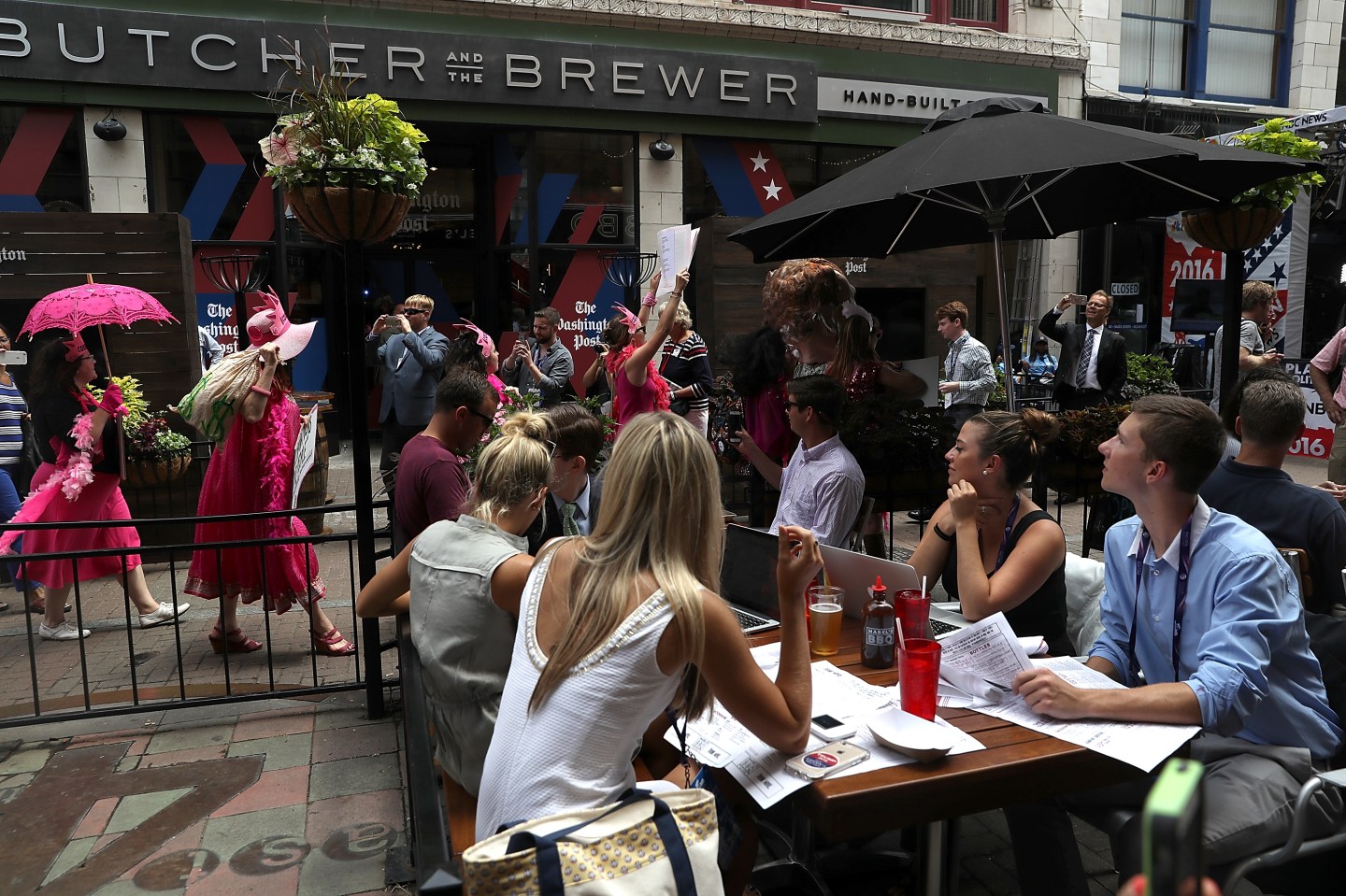 CLEVELAND, OH - JULY 18: Restaurant patrons look on as members of the activist group Code Pink demonstrate near the site of the Republican National Convention on July 18, 2016 in Cleveland, Ohio. Protestors are staging demonstrations outside of the Republican National Convention which starts on Monday July 18 and runs through July 21.
Photograph by Justin Sullivan — Getty Images

It seems like no one wants to eat out when the world is in chaos, and one analyst says the U.S. is headed for a “restaurant recession.”

“We warn investors that restaurant-industry sales tend to be the ‘Canary that Lays the Recessionary Egg,'” he wrote in a report.

Fast-food traffic dropped 1.3% in June for its third straight month of declines according to the latest industry report from MillerPulse in partnership with Nation’s Restaurant News. Casual dining fell 2.5%, which was its worst traffic number since February 2014.

“When sales and traffic are weakening, it’s hard to see the bright side,” the report said.

The grim restaurant numbers provide a stark contrast to the nation’s overall economic performance. By most measures, the U.S. economy is steady, if not booming, with job growth surging in June.

“[A U.S. restaurant recession] may also represent a harbinger to a U.S. recession in early 2017,” Westra wrote.