Here’s Why North Dakota Wants to Be Drone Central 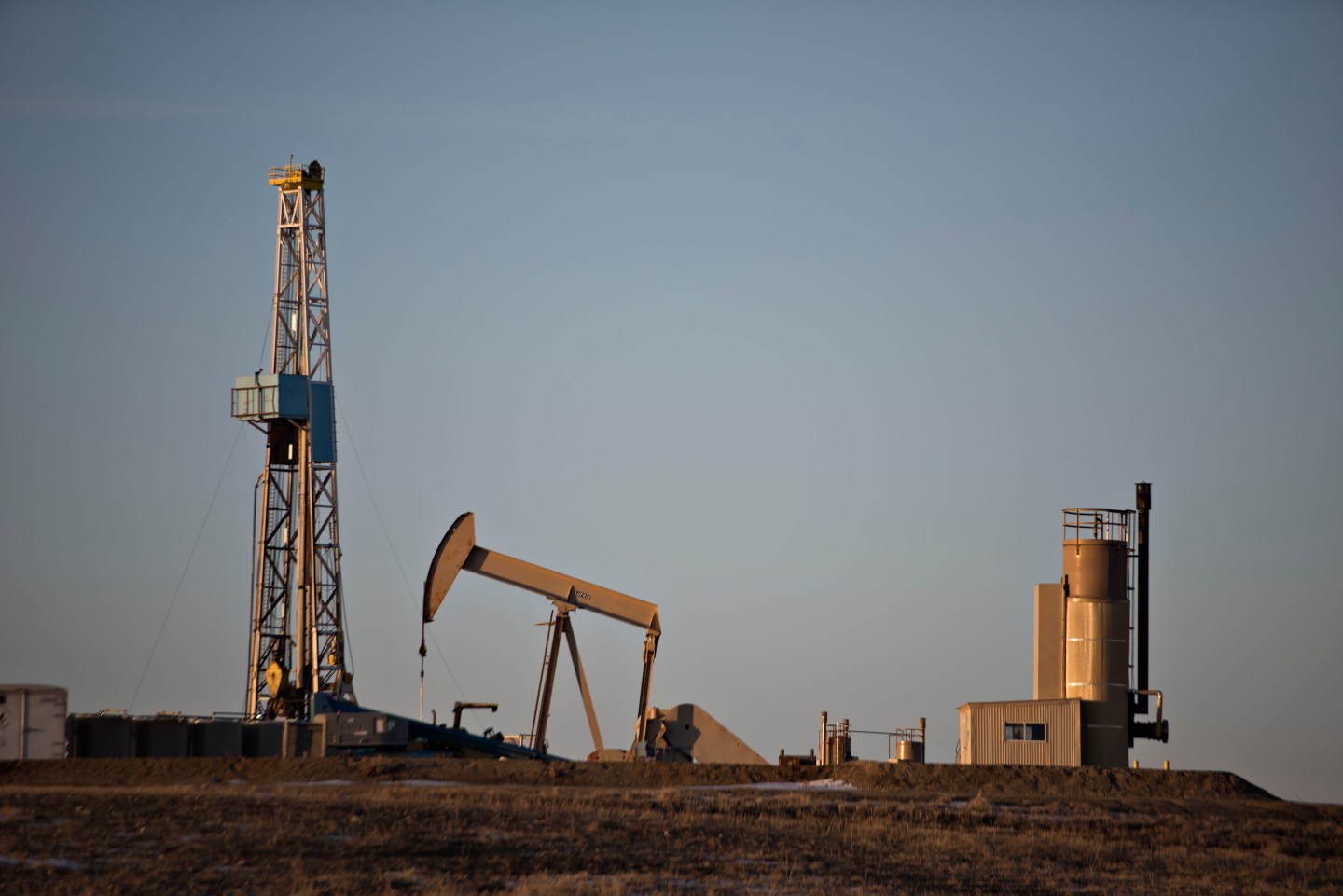 A pumpjacks operates in the foreground of a crude oil drilling rig outside Williston, North Dakota, U.S., on Thursday, Feb. 12, 2015. A plunge in global energy prices that has put some North Dakota oil rigs in a deep freeze has yet to chill the state's hiring climate. Photographer: Daniel Acker/Bloomberg via Getty Images
Daniel Acker—Bloomberg

When thinking of North Dakota, many people inevitably imagine images of long, snowy winters, chilly outdoor activities like ice fishing, and the movie and television show Fargo. North Dakota wants to change its image by becoming a hotbed for drones.

North Dakota government officials and drone entrepreneurs visited Silicon Valley this week to connect with other drone startups, local venture capitalists, and technology enthusiasts. The trip is intended to get drone technologists to consider trading sunny skies for the upper Midwest as well as to get venture capitalists to consider North Dakota when they fund drone startups.

“We want to generate buzz and interest in North Dakota,” said Brian Opp, a manager of aerospace business development for North Dakota’s Department of Commerce.

In 2013, the North Dakota Commerce Department was selected as one of six recipients of the Federal Aviation Administration drone-testing program. The designation opens the door to more easily experiment with drones and drone-related projects.

Along with other testing site operators like the University of Alaska, the state of Nevada, and Texas A&M University in Corpus Christi, North Dakota is home to many experimental drone projects, Opp said. One such project involves North Dakota State University and its use of a drone with a 35-foot wingspan that can fly for roughly 18 hours and take pictures of large swaths of farmland that smaller more conventional drones are not as efficient at capturing.

Currently, companies looking to use drones for commercial purposes, like taking pictures of construction sites or inspecting cell-phone towers, must seek exemptions from the FAA. However, with the recent passage of federal drone rules that go in effect in August, businesses will have an easier time flying drones. Still, companies will need to seek FAA approval for certain drone projects that involve activities like flying a drone at night or outside the line of sight of a drone operator.

Companies wishing to take on more complex drone initiatives may have to set up operations in one of the federally sanctioned drone sites.

Nevada’s state government, for example, has been helping a local drone startup, Flirtey, carry out a series of federally sanctioned drone deliveries, including one last week in which convenience store chain 7-Eleven used a Flirtey drone to deliver a chicken sandwich and Slurpees.

Opp said that North Dakota is seeing a lot of interest in everything from utilities to railroads in using drones, but he declined to name specific businesses.

The North Dakota Commerce Department is also building 217-acre business park for companies that are interested in drones. He said that he hopes that construction will end by Thanksgiving. The drone business park, built near Grand Forks Air Force Base, already hosts defense-contracting giants Northrop Grumman (NOC) and General Atomics as tenants. Opp wants more to move in, eventually.

Northrop Grumman is currently building a $10 million, 36,000 square foot facility at the business park that will be home to drone research and testing labs.