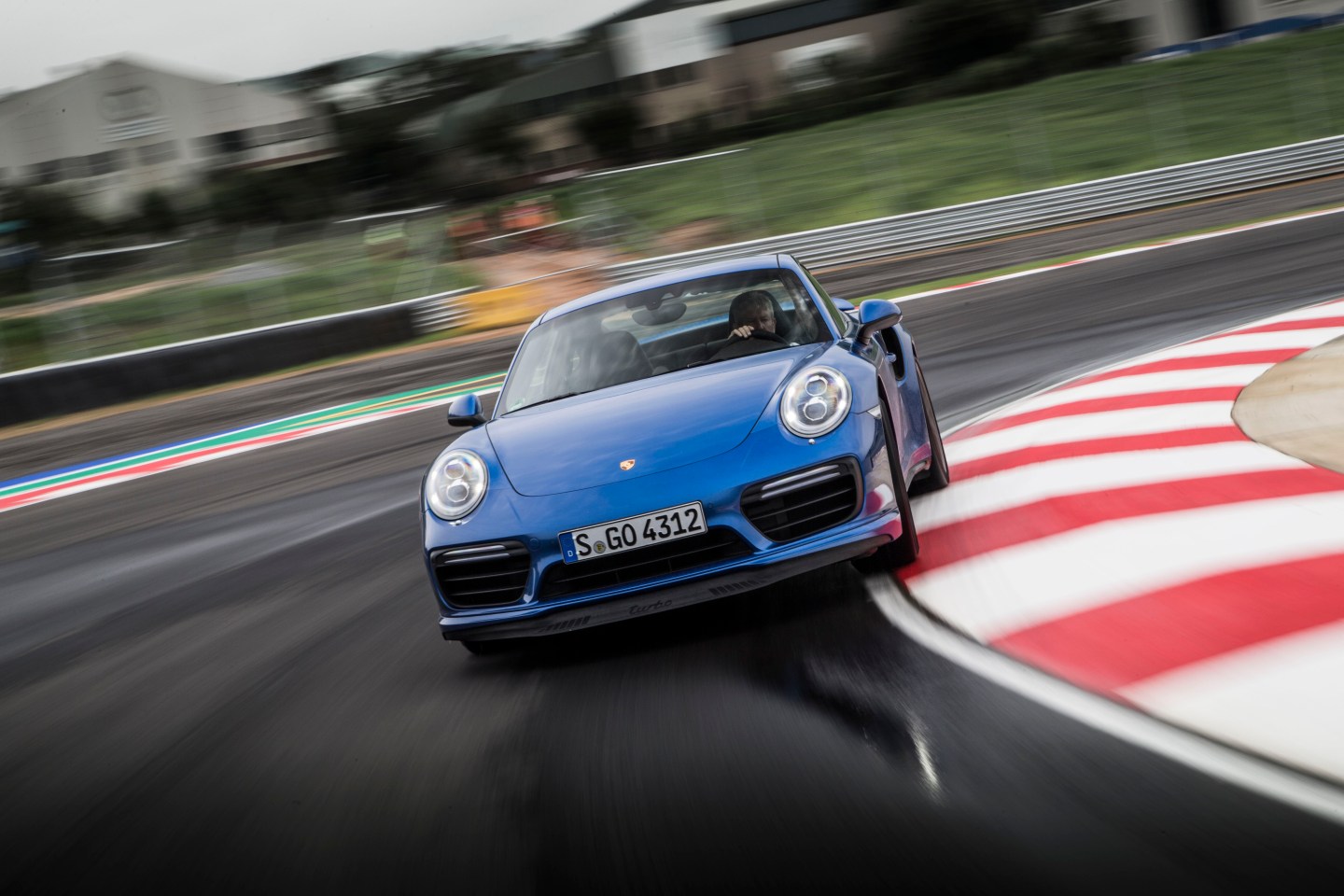 Porsche will boost the number of jobs for its first all-electric model by more than half from previous targets as part of parent Volkswagen’s (VW) (VLKAY) push to overcome its emissions scandal by embracing zero-emission cars and digital services.

Porsche, the No. 2 contributor to VW group profit, plans to create at least 1,400 jobs to develop, build and sell the battery-powered Mission E, a rival to Tesla’s Model S (TSLA), that is due to roll off the assembly line at its Zuffenhausen base in 2019, it said on Tuesday.

Another 350 digital experts are to be hired at a Porsche unit specifically set up to develop mobility concepts and uncover new business areas, it said, reflecting a transformation also underway at VW’s luxury brand Audi.

Porsche previously targeted more than 1,000 new jobs for the Mission E at Zuffenhausen, where it is building a new paint shop and assembly line. The sports-car brand is spending about 1 billion euros ($1.1 billion) on the zero-emission model.

The Mission E implies a sea change at Porsche, traditionally known for high-performance combustion-powered sports cars, Porsche labor boss Uwe Hueck told reporters at a briefing on Tuesday. “You either take part in the digital change or you lose.”

Although Porsche is attracting more than 140,000 job applications per year and tops various employer rankings, the manufacturer is struggling to attract the sort of smart brains also being wooed by rival carmakers, suppliers, and IT firms.

“I’m not denying that the battle for talent is tough,” human resources chief Andreas Haffner said, noting plans to expand the digital unit to Silicon Valley and China.

Porsche said the 1,400 jobs include 900 production staff, 300 salaried workers and 200 engineers. It also plans to boost the number of apprenticeships by half to 220, part of an industry-wide recruitment push as automakers compete with the likes of Google (GOOGL) and Apple (AAPL) for digital car technology.

Hueck declined to specify production targets for the Mission E, but said Porsche needs to sell at least 10,000 of a model per year to make a profit.

Porsche prefers to use battery technology from Stuttgart-based Robert Bosch GmbH and would handle final assembly of the battery systems, said Hueck, who sits on VW’s supervisory board.

VW Chief Executive Matthias Mueller has said Wolfsburg-based VW is weighing plans to start its own battery production as part of the group’s repositioning, with an engine plant in Salzgitter and a component factory in Braunschweig vying for electric-car orders.