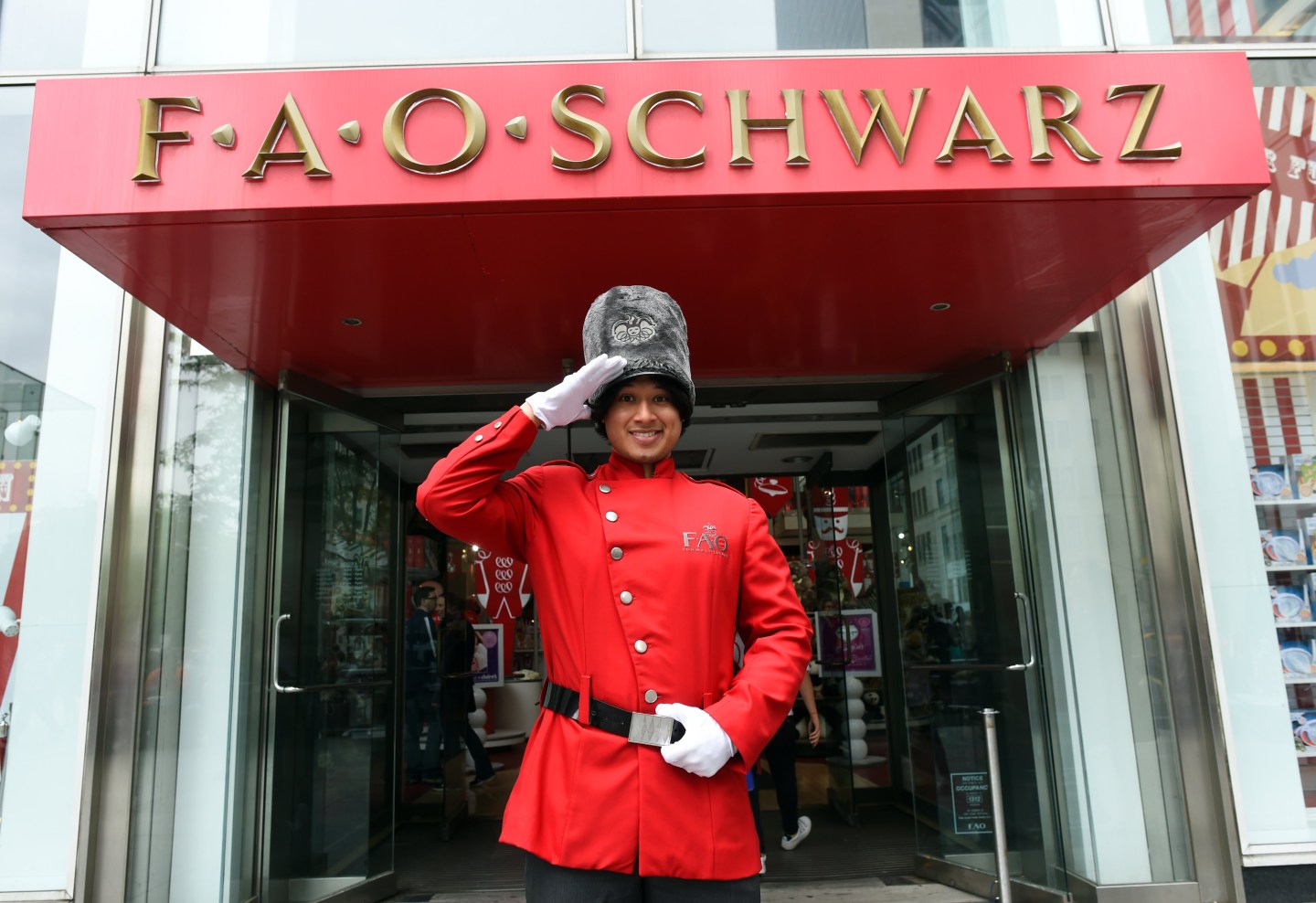 An employee dressed as a toy soldier outside FAO Schwarz on 5th Avenue in New York May 18, 2015. The famous toy store, founded in 1862, the oldest toy store in the United States and in its current location since 1986, will be closing in July 2015 due to rising rents. The FAO Schwarz brand is now exclusively operated by Toys "R" Us Inc., which is currently shopping for a new location for the brand. AFP PHOTO / TIMOTHY A. CLARY (Photo credit should read TIMOTHY A. CLARY/AFP/Getty Images)
Photo by Timothy A. Clary AFP/Getty Images

Under Armour is planning to open a flagship store in New York City in a space that once housed the famed FAO Schwarz toy store.

Executives at the athletic-gear maker announced on Tuesday that Under Armour (UA) would take over the space on Fifth Avenue, which is interestingly just a single block north of rival Nike’s (NKE) Niketown store. Under Armour says it will officially open the store by the end of 2018 or the first half of 2019.

FAO Schwarz, which had occupied the space for decades, officially shuttered the location last July.

“Being there at the mouth of Central Park…we think it’s a great platform for the brand,” Chief Executive Kevin Plank told Wall Street analysts during the company’s second-quarter results conference call. “We’ll really be able to define ourselves of the company that we expect to be.”

Flagship stores in major retail markets like New York City are important from a branding perspective. They can become tourist attractions in some ways, especially when located near popular destinations like Central Park. New York, in particular, attracts foreign visitors, and that can be attractive to Under Armour—which still generates a vast majority of sales in the North American market but wants to do more business abroad.

At this point, Under Armour’s largest New York City location is downtown in SoHo, near competitor Adidas’ biggest retail store in the city.

Broadly, Under Armour says it is pushing deeper into its own retail strategy. The company finished 2015 with some 400 retail stores and is planning to open 150 more this year. Nike has also made it a priority to open more stores, test new retail concepts, and generate more business from channels it controls. Last year, Nike set a direct-to-consumer target of $16 billion by the end of fiscal year 2020, up from $6.6 billion today.

Those investments by the athletic gear manufacturers to control more of their own retail distribution comes as sports retailers like Sports Authority land in bankruptcy. Part of that pivot almost suggests that Under Armour and Nike see value in the Lululemon Athletica (LULU) business model. The yoga- and running-gear maker controls all of its distribution and so far has made no moves to pursue a wholesale strategy with retailers like Macy’s (M) or Dick’s Sporting Goods (DKS), partners Nike and Under Armour lean on to sell their wares.

Under Armour aimed to strike a balance between the two interests: essentially arguing it needs wholesale support, but also wants to be a compelling retailer.

“Whether we like it or not, we are retailers on some level,” Plank said. “And we never want that to be competitive with our existing wholesale distribution base, but the more expert we become as retailers, the better wholesale we’ll be as well.”