Karl Rove: Donald Trump Is The Underdog, But America Shouldn’t Count Him Out 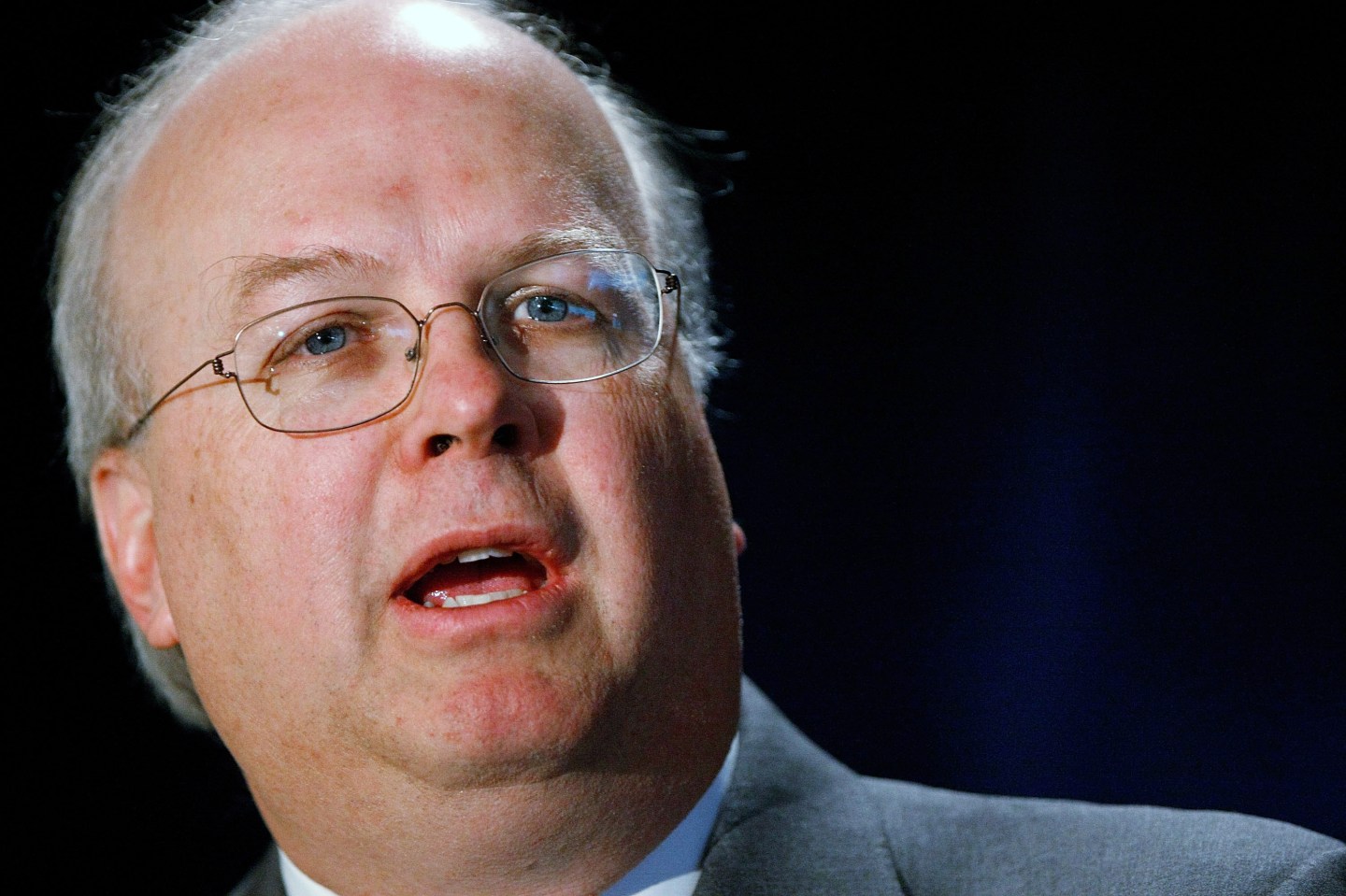 Donald Trump may be the underdog in this year’s general election, but Americans shouldn’t count him out just yet.

That’s what Karl Rove, previous Senior Advisor and Deputy Chief of Staff during the George W. Bush administration, said during an on-stage interview at the OZY Fusion Fest in New York City, a festival that celebrates music, food, and thought.

When asked what he thinks will be the outcome in the 2016 election, Rove said, “I frankly don’t know, he’s the underdog, because it’s a much narrower path to victory for a him, particularly if he’s got problems among Latinos.”

Rove and Trump have long been at odds publicly. In the past, Rove has called Trump “graceless and divisive,” and assailed Trump’s boasts about beating Hillary Clinton in the polls as false. Their tense relationship is deeply rooted in Rove’s support of George W. Bush and the Bush family. Rove also has long-standing relationship with major GOP donors, such as the American business magnate Sheldon Adelson, who is one of Trump’s richest supporters.

According to the New York Times, Trump and Rove had a private meeting in early June, although the purpose of the meeting was unclear. It is to be determined if Rove will fully support Trump, the now GOP nominee, in his race to the White House.

States that have traditionally been blue might turn red in this year’s election, Rove said, noting that both Pennsylvania and Michigan are, “in play” for nominating Trump. It’s the first time since 1988 those states might be considering a non-Democratic candidate.

The unpredictability comes as the percentage of people who are undecided in the 2016 election is “twice as large as it was four years ago, and is the largest since 1992,” Rove said.

After Donald Trump accepted the Republican nomination for President, and with Hillary Clinton likely to soon do the same for the Democratic Party, the two will become “the most unpopular candidates ever nominated for presidency since the beginning of political polling,” Rove said.

He continued: “He’s the underdog, but nobody should count him out. I did. But there were 17 Republican candidates, and he whipped them all.”

When asked how “good” of a politician Trump is, Rove responded by saying there is little to go off of, considering the Republican nominee joins a slim category of people who have never run for office before (his predecessors include Dwight D. Eisenhower, Wendell Willikie, and John W. Davis).

“We don’t have a lot to gauge on here, but Donald Trump has disrupted the Republican Party, just as Bernie Sanders disrupted the Democratic one,” he said. “Don’t expect to see the disruptions end in November.”