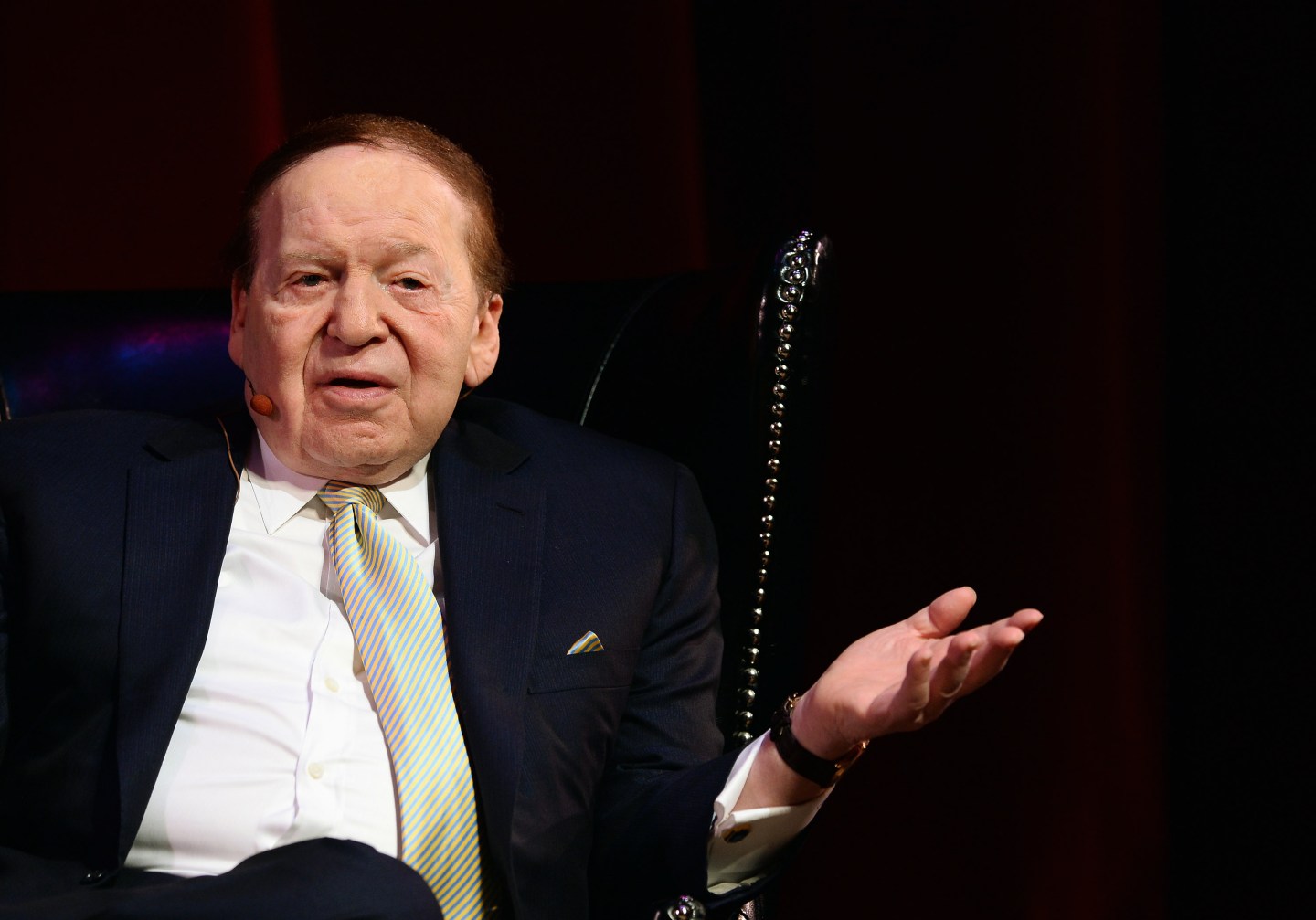 While some big-name Republican donors have expressed discomfort with some of Trump’s policy proposals and thorny rhetoric, Adelson declared his support in early May, telling the New York Times at a gala dinner for the World Values Network that, “Yes, I’m a Republican, he’s a Republican. He’s our nominee … He won fair and square.”

Since then, the casino magnate has made steps toward helping Trump. Adelson wrote a Washington Post op-ed saying he would support Trump’s candidacy and urge his fellow Republicans to do the same. And he wrote an email to more than 50 Republican Jewish leaders, imploring them to help Trump.

“I’m asking for your support” for Trump, Adelson wrote. He told them he had met with the presumptive Republican presidential nominee recently and is “specifically convinced he will be a tremendous president when it comes to the safety and security of Israel.”

“Like many of you, I do not agree with him on every issue,” Adelson wrote in the email, obtained by the Associated Press. “However, I will not sit idly by and let Hillary Clinton become the next president. The consequences to our country, and Israel, are far too great to take that risk.”

Adelson’s reported move to help launch a pro-Trump super PAC could be much more meaningful for the candidate, however, considering the casino mogul’s incredibly deep pockets. Adleson has an estimated net worth of $25.4 billion, and in 2012, he and his wife, Miriam, donated a reported $93 million to super PACs. About a third of that sum went to a group supporting Mitt Romney in his battle with President Barack Obama.

According to the Journal, the 82-year-old Adelson would be the primary donor to the super PAC, but it would look for outside funding as well. Earlier in the campaign, Adelson donated the maximum amount allowable under law to Sen. Ted Cruz’s presidential campaign.