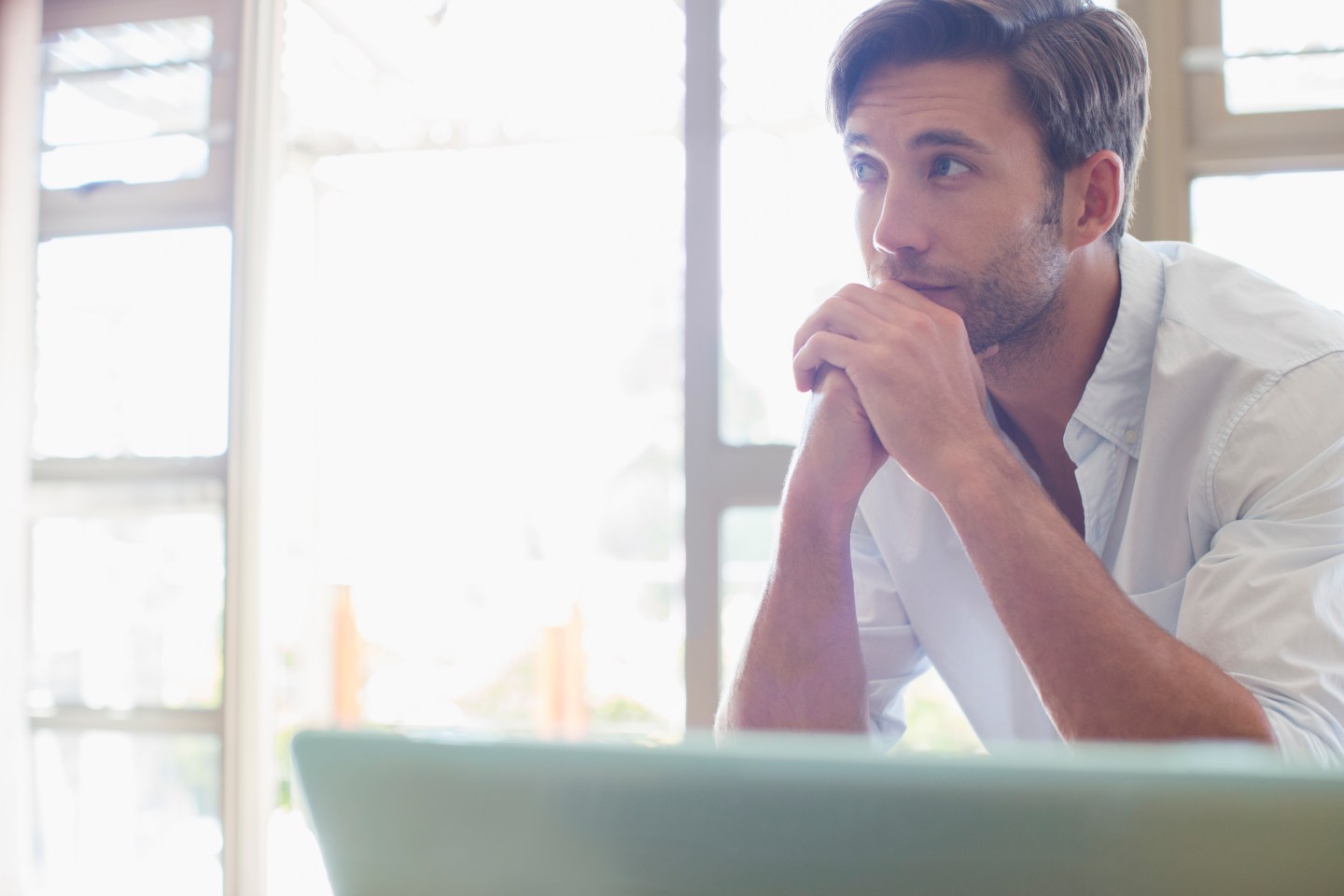 These are some of America’s most innovative and valuable tech companies. But they’re also great copycats.

Uber was just a Town Car service until it took a page from Lyft’s ride-sharing model and launched UberX. Facebook emulated the check-in feature made famous by Foursquare. Apple’s “revolutionary” mouse and visual operating system was inspired by Xerox.

While all of these companies are revolutionary in their own right, their success highlights one of the most effective rules in business: look at your competitor’s proven product, then market it better than them.

It’s the rule more than the exception. It works, and it’s good for society. Great ideas with proven demand should be copied. Then they should be distributed to the widest possible audience.

In 2011, Marc Andreessen wrote a seminal article called “Software Is Eating The World,” arguing that software is disrupting every industry. The same thing is happening with marketing — nearly every sector is being transformed by new ways of reaching customers.

As an entrepreneur, that means if you can be ahead of the curve when it comes to marketing, you can get a lot of customers and build a great company — even if your product isn’t revolutionary.

That’s why, two years ago while in my early 20s, I co-founded ChameleonJohn, an online coupon provider. Today, that company is a multimillion-dollar company with 20 employees, and we’re on track to double in size this year.

When it comes to the product, we aim to make ours just as good as the competitors’, but we put very little time into product innovation. We focus almost entirely on marketing innovation.

The first step to having a marketing-first company is to make marketing a company-wide priority.

In 2012, when Facebook filed to go public, the filing said that it did not “directly generate any meaningful revenue from the use of Facebook mobile products, and our ability to do so successfully is unproven.” This was the chink in Facebook’s armor, and it was widely criticized for it.

Here’s one perspective from Wharton magazine: “Zuckerberg did something that only the bravest CEOs can pull off. He forced the entire company to hard shift alongside their users (i.e., their customers) and put everyone on ‘lockdown’ to get their mobile strategy right — to make mobile the central focus of Facebook.”

Companies that want to innovate on marketing should consider following Zuckerberg’s lead. If something is foundationally important, you should make it a company-wide directive.

Every single one of the 20 employees at ChameleonJohn is obsessed with marketing innovation. For example, one of our employees might be working on design, but she’s still focused on how the design could help with marketing.

Once you have everyone pulling in the same direction, building a great marketing-first company means following these three steps.

Step #1: Find the key customer acquisition channels in your industry

For a lot of industries, there are one or two channels that bring in the most customers. You have to figure out what those channels are, as that’s where you’re most likely to get your customers. For example, in my industry, understanding how to get potential SEO and email marketing traffic is key. We figured this out by reading articles written by our competitors and by journalists about the industry.

Once you know what the key channels are, read articles, blog posts and forum threads specifically about them.

To do this, you need to understand what the top-performing companies in that channel are doing and deconstruct their strategy and tactics. In our industry, as I said, the main channels are SEO and email marketing. We studied our competitor’s content. We looked at all of the variables like keyword density, length of content, etc. Then we experimented with different numbers for each variable until we found what works better.

In order to be the best in a marketing channel, you need to be really creative and find which best practices in the industry can be improved upon. To accomplish that, you need to be open to doing a lot of unconventional things and running a lot of experiments.

We do five to ten experiments per month. These aren’t simple A/B tests. We don’t measure colors or button positions, for example. At this stage, we do more fundamental tests. Only one or two of them succeed per month, but some of them succeed big time. With those big wins, we might invest $10,000 and get $300,000 back.

For example, one experiment we’re currently running is a Facebook messenger bot. Given that Facebook just opened up its messenger platform to developers and no other coupons websites hopped onto it, my co-founder saw an opportunity and proposed it to the team.

We structure our company to enable this sort of rapid experimentation. To ensure we generate the greatest number of testable ideas, we don’t have any fixed roles in the company. If somebody thinks of something, then we discuss it right away — it doesn’t matter if the person who came up with a design idea is a designer. As long as it might work, we consider it.

We also make very quick decisions. Then we decide who is going to take action. Many companies have a lot of hurdles between idea and execution. People need to create a proposal, get it approved by a bunch of people, etc. We streamline all that, so that the time between coming up with an idea and testing it is just a few hours. What’s the worst that can happen? A test might fail, but we can still learn something valuable.

The decision-making process for our Facebook messenger bot test was simple:

Ultimately, one day passed between coming up with the idea and the team approving it, and just five days passed until we finished development. Facebook approved our application on May 4.

The bottom line: look for experiments that have a big payoff, are easy/inexpensive to implement, and that your competitors aren’t doing.

Don’t listen to the pundits that only espouse focusing on product innovation and building whole new product categories from scratch. There is no need to reinvent the wheel.

Being original is overrated. If you want to maximize your odds of success,

find what works already, copy it, improve it, and market it better.

It’s not sexy, but it works.