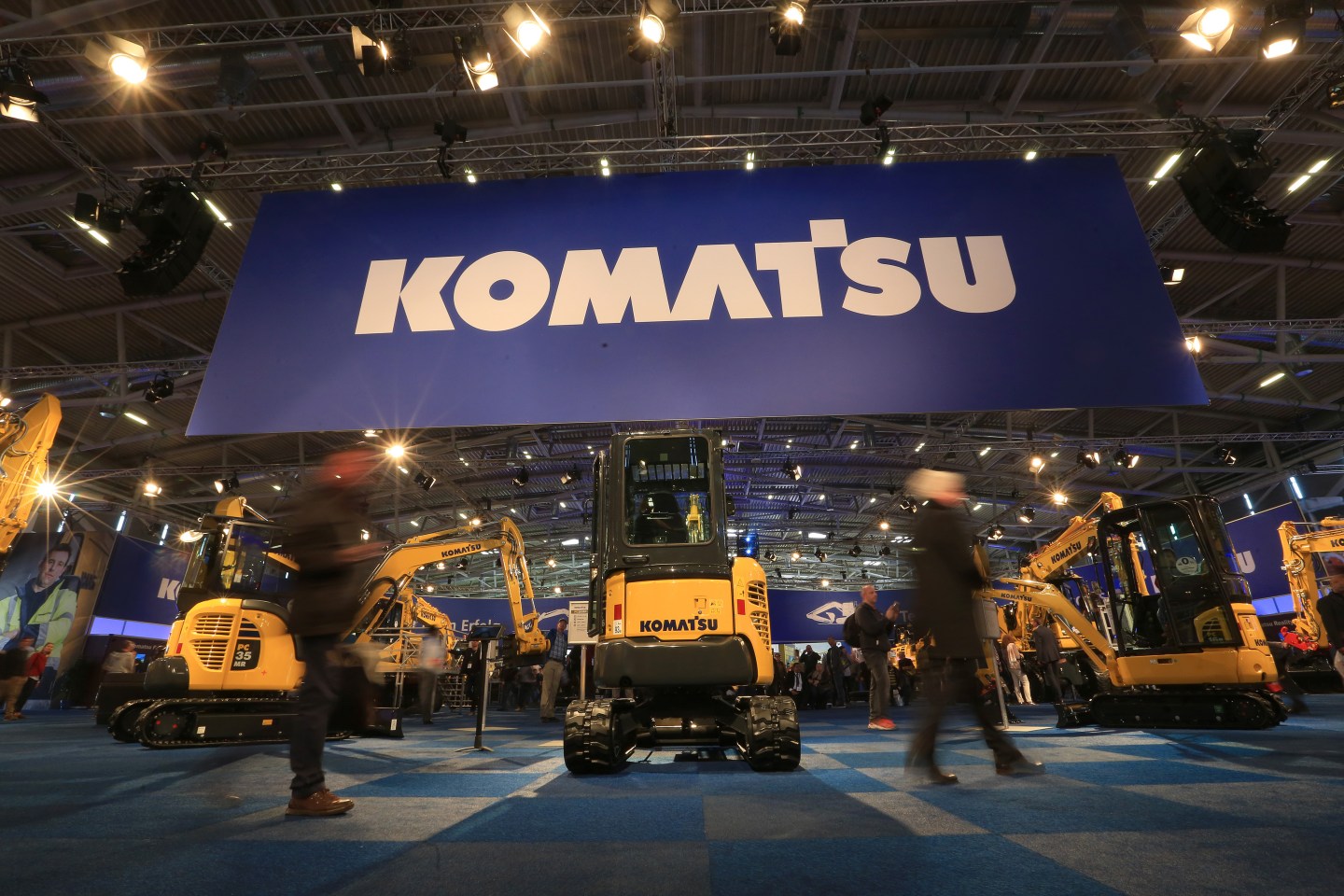 Japanese mining equipment maker Komatsu has agreed to buy its smaller U.S. rival Joy Global (JOY) for about $3.7 billion including debt, its biggest-ever acquisition, to boost its clout in the mining industry.

Komatsu said on Thursday that it would acquire 100 percent of the Milwaukee, Wisconsin-based company for $28.30 per share, about a 20 percent premium to Wednesday’s closing price. That values Joy’s equity at just under $2.9 billion.

A number of Japanese companies have been taking advantage of a stronger yen to chase overseas deals. The dollar has lost over 10 percent against the yen this year. Sterling has also slipped. Earlier this week, tech investor SoftBank bought U.K. chip designer ARM in Japan’s largest-ever outbound M&A deal.

The deal follows a flurry of consolidation in the sector over the past few years. Demand for mining equipment has tumbled sharply from the commodity cycle’s peak five years ago as China and other key markets slowed.

“The mining market is near the bottom now. Now is the good time (to do the acquisition),” Komatsu CEO Tetsuji Ohashi told reporters. “We have solid enough financial soundness to withstand a large scale acquisition.”

Komatsu generates annual revenue of more than $17 billion, with just under a quarter of it from mining equipment sales.

The company plans to finance the acquisition with funds on hand and bank loans. The deal is subject to approval of Joy shareholders and the necessary regulatory green light.

Shares in Komatsu in Tokyo, already closed when the release was issued, ended up 2.3 percent at just under 2,082 yen on Thursday, valuing the group at around 1.97 trillion yen ($18.4 billion).

Joy shares have risen 86% this year, though they are still at around half their levels at the beginning of 2015.

Komatsu, which has forecast a fourth straight annual drop in demand for key products this year, said it expects the sector to grow in the long term.