How These Artists Used Google Spreadsheet for Beauty Not Drudgery 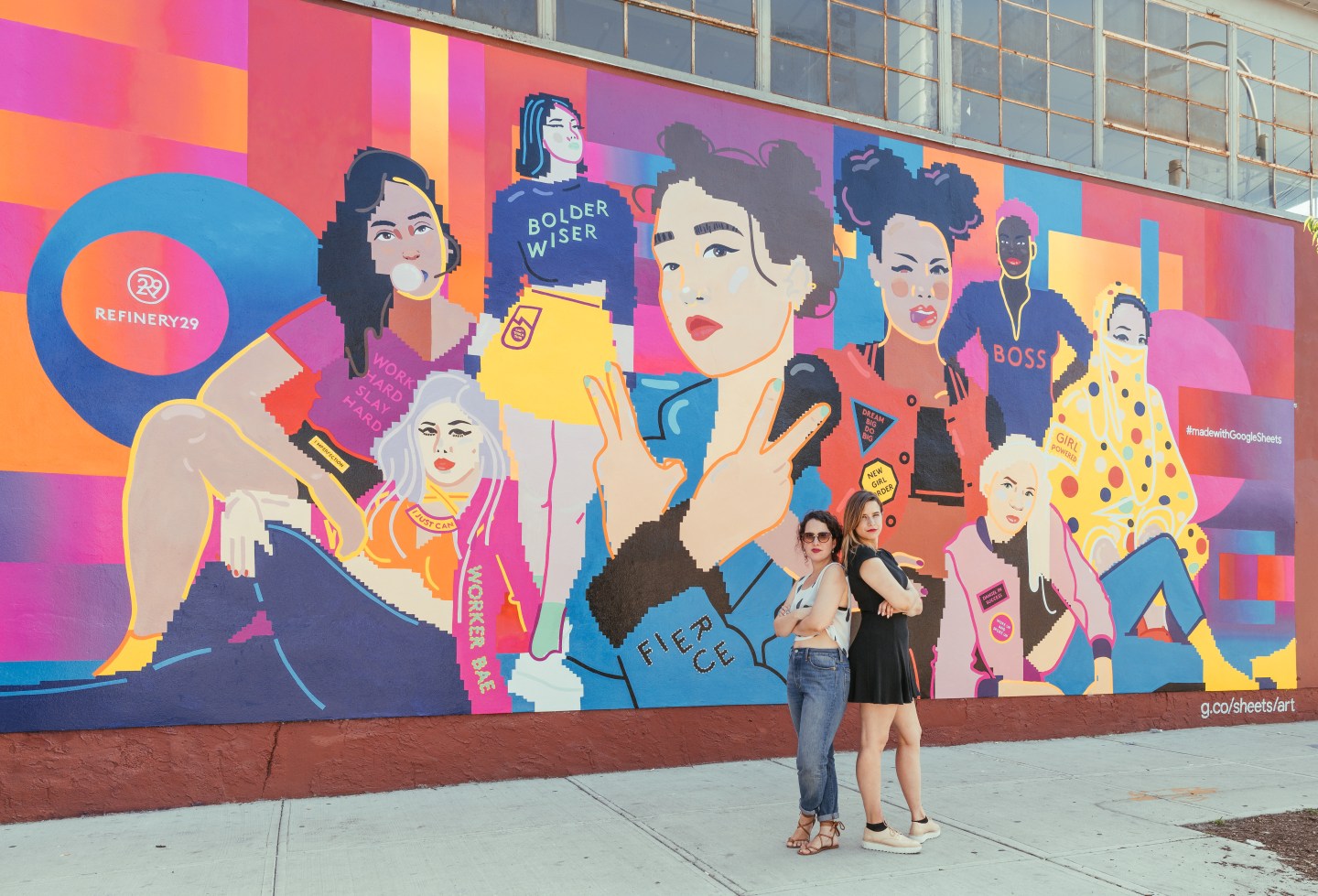 Number freaks aside, hardly anyone loves spreadsheets. But Google (GOOG) has found a PR-friendly way to let Google Sheets, the company’s competitor to Microsoft (MSFT) Excel, do more than tweak boring rows-and-columns of numbers.

The company worked with lifestyle media company Refinery29 and artists on two continents to collaborate on an original mural. Marina Esmaraldo in Barcelona and Mallory Heyer in New York City were instructed to use Google Sheets rather than some graphical software package, like Adobe (ADBE) Illustrator, to co-create the design.

Marina and Mallory connected a handful of times on Google Hangouts to plan and sketch out ideas, and creatively “hack” Sheets in order to make art: resizing cells into thousands of pixel-like squares, merging cells to create color blocks, creating vibrant color gradients with conditional formatting and cell values, and other cool things we had no idea you could do with Sheets.

Once the concept was created in Sheets, Google brought in Colossal Media to paint the 13-foot by 34-foot mural based on the artists’ Sheets grid. The result will be at the corner of Bogart and Thames streets in Brooklyn through August 14.

This is not just fun and games for Google (GOOG). The company is still playing catch up with Microsoft Office in productivity applications like word processing and spreadsheets. Excel, one of the Office applications, remains the 800-pound gorilla in spreadsheets.

For more on Google vs. Microsoft, watch:

One of the advantages of Google Apps suite from the get-go was that both Google Sheets and Google Docs—the Microsoft Word competitor—made it easier for workgroups to collaborate. To be fair, Microsoft has been doing its best to catch up with Office 2016, updated to facilitate collaboration between team members.