Here’s How Apple Could Generate $3 Billion on Pokemon Go 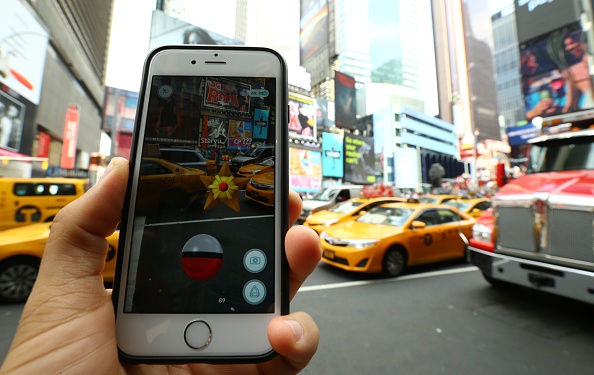 At least one analyst believes Apple is cashing in on the Pokémon Go craze.

In a note to investors on Wednesday, Needham & Company analyst Laura Martin argues that Apple (AAPL) could make $3 billion in revenue on Pokémon Go over the next 12 to 24 months. Martin arrived at that figure by using a wide range of data points and Apple’s 30% revenue share with developers.

Just two weeks after Pokémon Go has launched, the game has achieved a 6% penetration rate in the U.S. with approximately 21 million users, Martin says. The analyst added that at its peak, the game could reach a 20% penetration rate in the countries where it’s available, which Martin says, would translate to Apple getting five cents per person per day in revenue generated from in-app purchases within the game. Pokemon Go, alone, therefore, could generate $3 billion for Apple over a 12-to-24-month period.

“According to [analytics firm] Sensor Tower, on July 11 (6 days after its July 6 US launch), Pokémon Go was generating US revenue of $1.6 million per day on iOS, from the 10 million downloads on iOS devices, implying spending of $0.16 per person per day, of which Apple keeps 30% (five cents),” Martin adds in her note. “Media reports estimate conversion rates of 20%, so in reality, 20% of US users pay an average of $0.80/day and the other 80% pay nothing.”

Once Pokémon Go launched earlier this month, the game became a smash hit. The title is the most popular mobile video game of all time and is believed to have more than 21 million users in the U.S., alone.

However, trying to determine how much money the game makes and how much it could make in the future can be difficult. So far, the game’s developer, Niantic Labs, has not said how much it’s making on the game, and it’s important to note that it’s a free download. While some players might be paying for in-app purchases to keep more Pokémon in their Pokédex, many others might be playing without paying anything.

Still, in-app purchases benefit Apple. Like paid apps, Apple takes 30% of all revenue generated through in-app purchases. If the app is indeed making $1.6 million per day, Apple would be generating nearly $500,000 per day from that app alone.

The big question, therefore, is just how long the Pokémon Go phenomenon can last. In her report, Martin suggests that as the game’s availability expands around the world, including to Japan, more users will join the craze. She pointed to another popular game, Candy Crush Saga as proof that heavily used games have a long shelf life. Pokémon Go has already become more popular than Candy Crush Saga, which Martin cites generated $1 billion in revenue in both 2013 and 2014.

So, what does that mean for investors? According to Martin, in addition to the revenue gains, Pokémon Go alone could add $5.5 billion to Apple’s market cap over the next two years, or about $1 per share of added value.

Apple, in other words, couldn’t be happier with Pokemon Go’s success.