McDonald’s Reported As First Pokémon Go Sponsor in Japan. When It Finally Launches There. 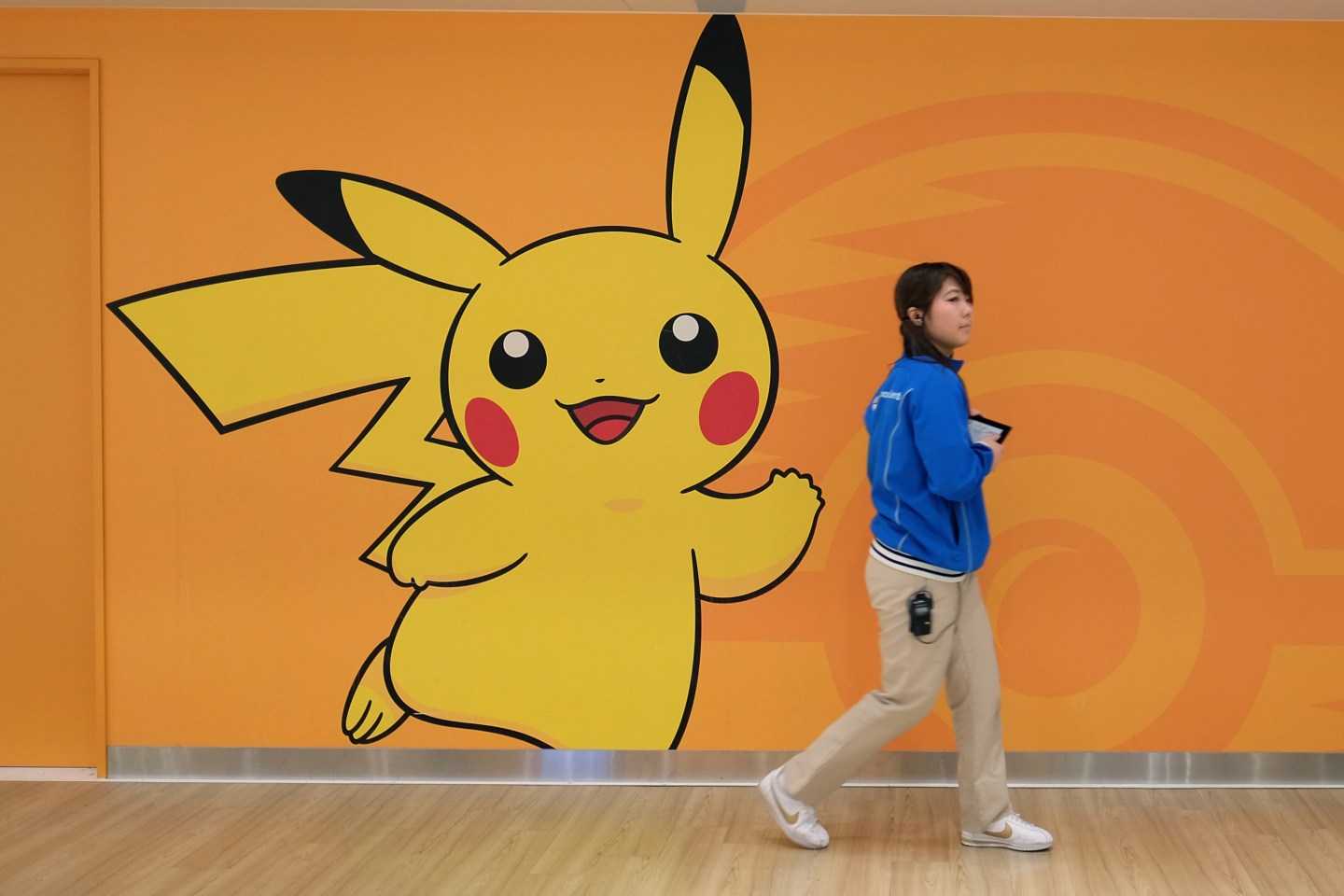 Gamers in Japan, home of Nintendo’s Pokémon Go, waited in vain Wednesday for the launch of its smash-hit mobile phone game, amid media reports that the developers behind it had hit the brakes over concerns that manic demand would overload server capacity.

Nintendo’s (NTDOY) shares suffered a rare bad day since Pokémon Go took the world by storm, tumbling 13% to around 27,765 yen ($261) on the disappointment. Even so, the stock has gained 86% since its U.S. launch earlier this month, adding $17 billion to its market capitalization.

“Isn’t Japan the home of Pokémon? I beg them to hurry up!” said Toshihide Onchi, a 40-year-old system engineer who took part in the trial of the game’s beta version.

Late on Tuesday technology news site TechCrunch and other media outlets reported the launch would take place the following day. TechCrunch later reported a postponement, but said the rollout for one of the world’s most critical gaming markets was still imminent.

A spokeswoman for Pokémon Co., which created the game along with Nintendo and Google (GOOG) spinoff Niantic, declined to comment on the report, reiterating that nothing had been decided over the Japan launch date. Nintendo referred any queries regarding Pokémon Go to Pokemon Co.

Investors and analysts are betting the success of the game, available officially in 35 countries and played in many more, will be transformational for Nintendo. While Pokémon Go will not prove a major direct boost, it could prompt Nintendo to cash in more effectively on an extensive cupboard of characters.

Until Pokémon Go, the company had focused on more profitable consoles and snubbed mobile games.

Niantic CEO John Hanke told Reuters on Friday the developers were being extra cautious in Japan, given the level of expectation and sheer number of players.

“The technical challenge for us is having enough server capacity on the back end to handle that number of users,” he said.

Pokémon Go, which marries a classic 20-year-old franchise with augmented reality, is on its way to becoming the first mobile game to break the $4 billion-per-year barrier, beating Candy Crush Saga, according to Macquarie Research.

Others too have benefited from the craze. Shares of Japan’s McDonald’s Holdings Co. (MDNDF) ended up 9.8% after the TechCrunch report said the fast-food chain operator would become the game’s first sponsor.

TechCrunch said the sponsorship would see McDonald’s 3,000-plus fast food restaurants across Japan become “gyms,” or battlegrounds, for Pokémon collectors. The chain already gives away Pokémon-themed toys with its Happy Meals.

McDonald’s Japan said Wednesday that it planned to collaborate on the game “soon.” The statement said it will announce details of the collaboration when it is ready.