Blame the Government For Your High Rent 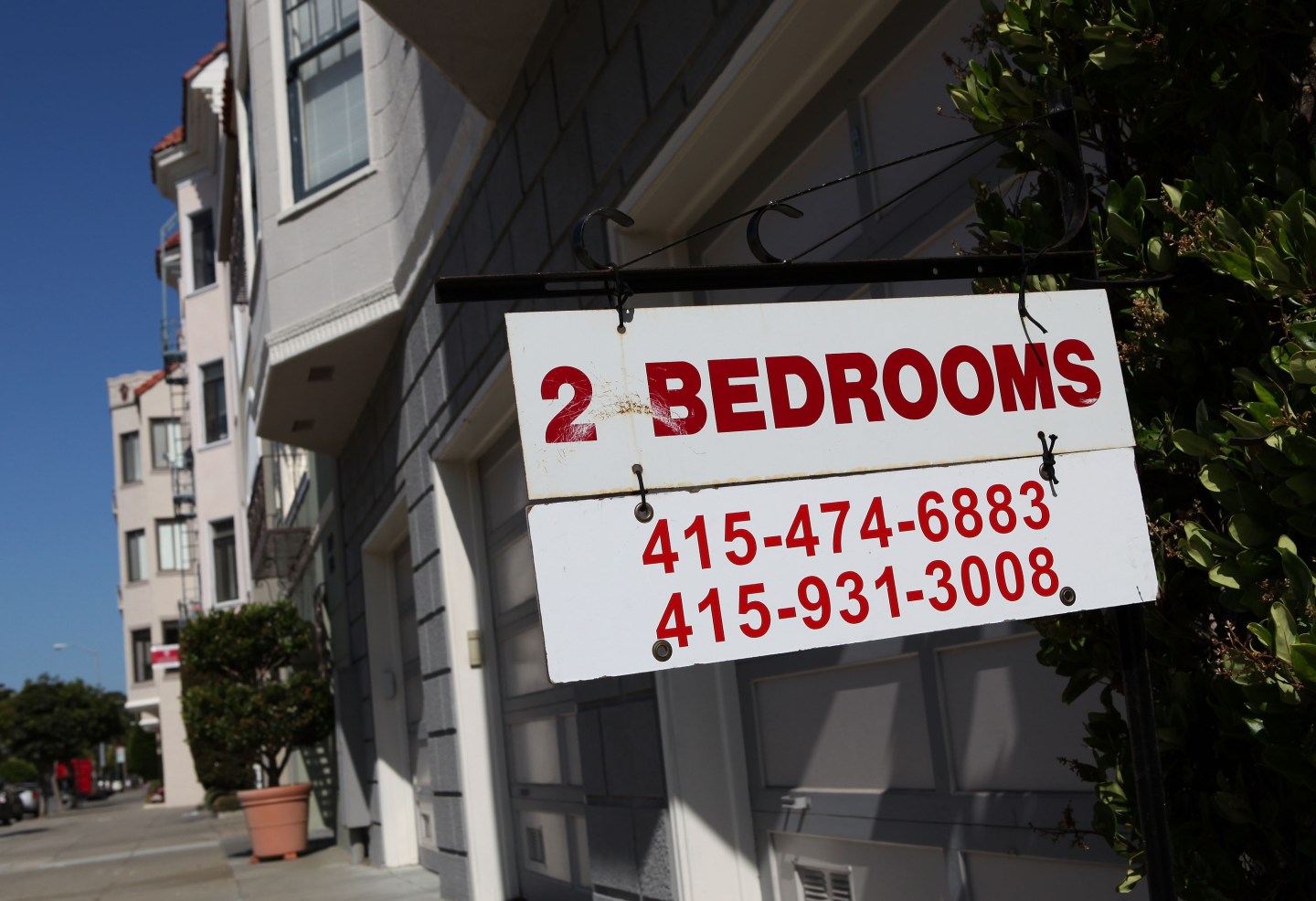 If your rent is too damn high, blame bureaucracy, not zoning laws.

After years in which the real estate sector went on a building and lending binge that resulted in debt crisis and widespread economic misery, American homeowners and renters are suffering from the effects of a years long housing shortage that has driven home prices and rents to new highs.

One theory as to why homebuilders are struggling to respond to high and rising demand for homes is restrictive zoning. In fact, this hypothesis is even being advanced by Jason Furman, the Chairman of President Obama’s Council of Economic Advisers. “Zoning regulations and other local barriers to housing development allow a small number of individuals to capture the economic benefits of living in a community, thus limiting diversity and mobility,” Furman argued in a speech last November at the Urban Institute. “The artificial upward pressure that zoning places on house prices—primarily by functioning as a supply constraint—also may undermine the market forces that would otherwise determine how much housing to build, where to build, and what type to build, leading to a mismatch between the types of housing that households want, what they can afford, and what is available to buy or rent.”

But new research published Tuesday by Ralph McLaughlin, Chief Economist with the online real estate listing firm Trulia, shows that zoning laws are not to blame for the recent lack of new building, not zoning laws. McLaughlin studied the supply and demand for new homes in the 100 largest metro areas over the past twenty years and found that cities with more zoning regulations actually don’t have a significantly more difficult time responding to increased demand by building more homes. “Local bureaucracy, rather than zoning, accounts for much of the difference in long-run supply elasticity across the country,” McLaughlin writes, referring to the ease with which homebuilders are able to respond to new demand. (Elasticity is measured on a scale from 1, which is the most “elastic” to demand, to 0. “For every month delay in approving new building permits, long-run supply elasticity drops by .03.” There was no similar affect from zoning laws.

On the one hand, the later is good news. On the other hand, this study shows that it may be much more difficult to make housing more affordable than some analysts have thought. “There’s no silver bullet to solve all the supply problems in the United States,” McLaughlin says. “This report shows that the call to radically reduce zoning laws is a bit of overkill.”

McLaughlin argues that cities should look to places like Houston, Memphis, and Omaha, which he says strike the right balance between having enough local oversight to prevent overbuilding but don’t overburden builders with capricious approval processes. McLaughlin says those cities work to reduce the lag between applying for building permits and receiving approval. As a general rule, McLaughlin says that cities in states that are more business friendly are better at doing this, though places like deep blue Washington, D.C. have also been successful at quickly adding new housing stock. Trulia is an online real estate firm that benefits from more housing, because it increases listings.

The Trulia study also underscores why the housing market doesn’t, and probably won’t ever, resemble other markets.

The above chart shows how elasticity of the supply of housing changes over time. The higher the elasticity number, the better the housing market is responding to changes in demand for new housing. This illustrates the unfortunate fact that the supply of housing is generally fairly inelastic, and that there are lags between when people demand housing and when builders respond to that demand. Although the elasticity has been dropping recently. “We build too many homes when we don’t need them,” McLaughlin says.

Because housing policy is an inherently contentious issue that affects all of us, there’s little hope that we’ll ever completely eliminate the delays that occur between the application for building permits and their approval. But if cities can work to reduce this lag, it would be a boon for the economy.