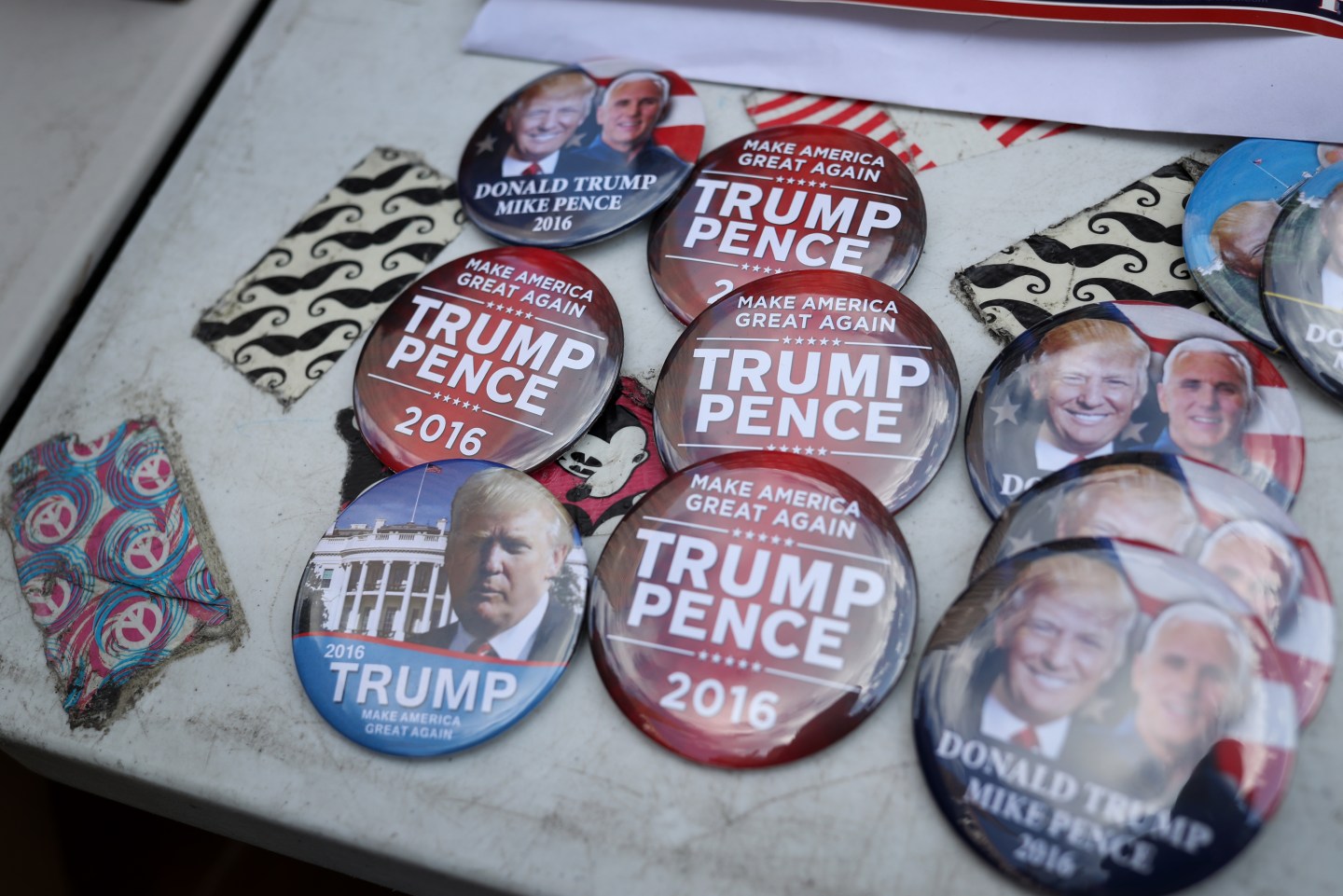 Buttons in support of Donald Trump, presumptive 2016 Republican presidential nominee, and Mike Pence, presumptive 2016 Republican vice presidential nominee, are displayed ahead of the Republican National Convention (RNC) in Cleveland, Ohio, U.S., on Sunday, July 17, 2016. A key Republican National Convention committee crushed a long-shot attempt by rogue delegates to block Donald Trump's nomination, as internal strife that's roiled the party for much of the past decade was on full display Thursday amid fights over governing rules for the next four years. Photographer: Victor J. Blue/Bloomberg via Getty Images
Victor J. Blue — Bloomberg via Getty Images

After a first day that focused on security both at home and abroad, the second day of the Republican National Convention will be centered around jobs and the economy. Just like the first day, the theme of the convention for the second day will be a play on Trump’s slogan “Make America Great Again.” On Tuesday, it will be “Make America Work Again.”

Two of Trump’s former rivals-turned-endorsers will be taking the stage on Tuesday evening. New Jersey Gov. Chris Christie, who is rumored to be a potential Attorney General in a Trump administration, will be speaking, as will retired neurosurgeon Ben Carson. Two of Trump’s children will also address the convention. Donald Trump Jr., who has been active on the campaign trail, will appear, as will Tiffany Trump, the only child the nominee had with his second wife Marla Maples. Tiffany has been mostly absent so far this election season, so this speech will be a coming out of sorts for her.

The Trump campaign and the Republican National Committee are surely hoping that there is not as much drama on the second day as there was on the first. With the official nomination of Trump and his vice presidential pick Indiana Gov. Mike Pence yet to take place, though, that isn’t a foregone conclusion.

Three members of the GOP establishment that Trump has railed against will also be making appearances on Tuesday. House Majority Leader Kevin McCarthy, Speaker of the House Paul Ryan, and Senate Majority Leader Mitch McConnell will speak. Given Ryan’s testy relationship with the Trump campaign thus far this election, the tenor of his remarks and the reception he is shown by delegates could be a telling sign of just how big the fracture within the Republican Party is.