Can You Launch a Tech Career Without Four Years of College? 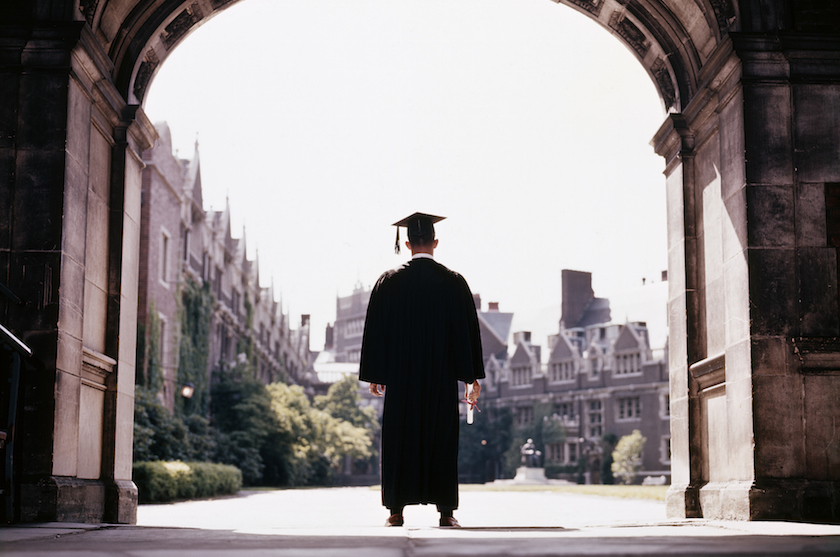 Dear Annie: I’m still in high school and I don’t read Fortune, but my dad told me to send you this question. I really want to work with computers, and I’m already pretty good at it. For example, I’ve learned some programming languages and won a science contest last year for a video game I developed. But I’m not really interested in any of the other subjects I’m taking in school, and if I go to college I’ll have to spend four years taking more courses in most of them, plus borrow money to pay for it. (My parents make too much money to qualify for financial aid but not enough to cover the whole cost.) I don’t think it’s worth it. But is it possible to get a job working with computers without going to college first, or not? My mom and dad want me to go. — Sam in San Diego

Dear Sam: I think your mom and dad are right, but before we get to why, let’s look at the alternative: Suppose you skip college. Can you still get a tech job? This is a more complicated question than it would have been even a year or two ago, for a couple of reasons.

First, as you probably know, many employers are having trouble finding enough of the right IT skills, and the shortage is getting worse as the information technology sector keeps growing, adding 43,900 new job openings in the first half of 2016. At the same time, workforce analytics firm Burning Glass has identified a trend that CEO Matt Sigelman calls “upcredentialing,” an awkward way of saying that companies are requiring a bachelor’s degree for jobs that didn’t require one in the past, such as administrative assistant, construction supervisor, and computer help-desk technician. “An increasing number of job seekers face being shut out of middle-skill, middle-class occupations by employers’ demand for a bachelor’s degree,” according to a Burning Glass study, adding that “in some roles, employers prefer bachelor’s [degree] credentials even when that makes the position harder to fill.”

As a result, the study describes “skills gaps” in a number of fields, meaning the difference between the number of job ads calling for a four-year degree and the number of people now in that role who actually have one. In the computer-and-mathematical category, the gap is 21%: Although 60% of job postings say a bachelor’s degree is required, only 39% of people already working in the field are college grads.

Meanwhile, since there aren’t enough college grads to go around, something else is happening: Hiring managers are becoming more flexible. Almost all (98%) “are willing to seriously consider” candidates without four-year degrees, according to a new survey from trade association CompTIA, as long as they have one or more of the following: Certification from “a reputable organization” (38%); an internship or apprenticeship (35%); a two-year associate’s degree (33%); some college, no degree (31%); or multiple certifications (28%). The study also suggests that, once you have been hired somewhere, subsequent job hunts get easier. The largest number of respondents, 42%, said they’d consider hiring someone with no bachelor’s degree but with “a significant amount of experience.”

So — are you still with me? — the short answer to your question is yes, it is possible to get a job working with computers without having to spend four years in college. With enough hard work, you can pick up valuable skills through online courses, coding schools, and tech “boot camps,” some of which are free; and you can earn certifications from CompTIA (which offers 15 of them, from basic to highly specialized) and from companies like Microsoft. Lots of people, including career changers, have gotten into IT this way, and you could, too.

Now, here comes the big “but” (you knew there had to be one): You should seriously consider going to college anyway, for at least three reasons.

First, there’s the credential inflation reported by Burning Glass. With more employers looking for people with bachelor’s degrees, you limit your choices by not having one. Moreover, most hiring managers hope to find well-rounded candidates with strong “soft” skills (like critical thinking, clear writing and speaking, and teamwork), and you’re most likely to learn those things by taking advantage of all the different experiences that college has to offer.

It’s also important to note that the CompTIA survey asked what non-college credentials employers would consider “for positions such as entry-level or staff.” That’s fine as far as it goes but, asks Kathy Harris, “Are you going to want to work on the computer help desk for your entire career?”

Harris is managing partner of Silicon Alley recruiting firm Harris Allied. “At the entry level, a college degree matters less if your technical skills are very strong,” she says. “But as you gain experience and move up, if you want to be a manager, or eventually a CIO or chief digital officer, you’ll be competing against people who have both certifications and bachelor’s degrees, or even master’s degrees.” In the long run — and believe me, the long run starts sooner than you think — you’re not likely to be sorry you spent four years in college.

The third reason is about money. The average U.S. college grad now struggles to launch a career while lugging a debt load of well over $30,000, and it’s understandable that you want to avoid that. Bear in mind, however, that many tech professionals are much more highly compensated than people in most other fields, earning a median salary last year of $96,370, according to IT career site Dice.com. So the math works out in your favor. Even if you have to borrow some or all of the tuition, a bachelor’s degree in, say, software engineering looks like a pretty good investment.

Talkback: If you work in technology, does your job require a four-year degree? If not, would you recommend college anyway? Leave a comment below.