Can you get a tech job coming from a totally different field? 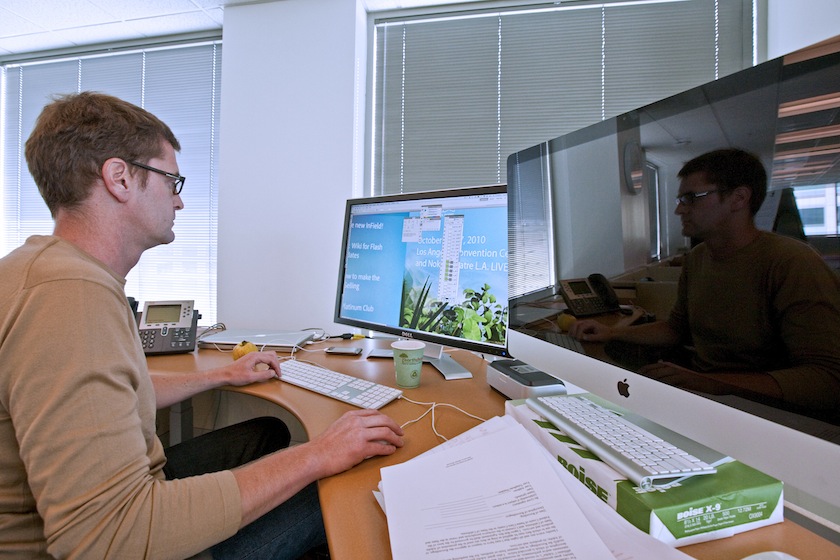 Dear Annie: I went to law school 12 years ago because everybody else in my family for four generations practiced law. But I’m realizing now that that was not a good enough reason. I’m doing okay, on the partnership track at a mid-size firm, but I hate it. So I’ve been thinking about what else I could do, and I keep hearing that the job market for people with tech skills is one of the fastest-growing around.

I’ve always liked fooling around with computers, and I think I’d enjoy working as a programmer or developer. (I’d even be willing to take a pay cut at first.) But how realistic is that idea? Do people get into tech after a decade or so in some other field, or is it too hard to catch up? — Halfway Out the Door

Dear Halfway: As you suspect, learning the skills you need to get into the tech industry is no day at the beach, but lots of people have done it. Chris Sunsong, for instance, is a software developer in San Francisco. An MBA who started out in market research and consulting, Sunsong says making the switch into tech “really takes sticking with it, and enjoying it enough that it doesn’t seem like work.”

You don’t mention whether “fooling around with computers” includes having picked up any programming languages but, if not, Sunsong recommends getting your feet wet by taking some free online courses at Code Academy or RubyMonk. “I started out learning Ruby, because it’s used by lots of startups,” he says. “But I’d suggest starting with Java Script instead, because it gives you a much better understanding of web applications.”

Next, you might step up to some more advanced courses from established online sources like Treehouse or Code School. These aren’t free, but they are not expensive. (Code School, for instance, will set you back $29 a month.) Once you’re fairly adept in a couple of languages, “you can find a ton of active open-source communities online, including blogs, chat rooms, and sites like GitHub, where you can learn a lot by looking at what other people are doing and applying it to your own projects,” Sunsong says. “You need a base of knowledge first, though.”

One advantage of this approach is that you can build your skills at your leisure, at least until you’re sure that a career in tech is really what you want. On the downside, learning enough on your own to be employable as a techie takes time. Sunsong, for example, spent six months taking dozens of online courses before he landed his first tech job — and he had already quit his old career and was studying full-time.

A much faster route: Sign up for a tech bootcamp. These are intense 12-to-20-week courses that require you to travel to a physical location, usually in a major city, for most or all of the duration. (Can you take a sabbatical from your law firm?)

With a price tag of anywhere from $10,000 to $20,000, bootcamps aren’t cheap. The upside is that they’ve become such active recruiting grounds for employers that, assuming you make it through, they can probably help you land a job. Hack Reactor in San Francisco, for instance, is generally considered the most elite of the bootcamps, and only accepts people who already have advanced skills. Its 12-week immersive JavaScript-based program claims that 99% of grads are hired, at an average salary of $100,000.

To find the right bootcamp for you, IT employment site Dice.com recommends the directory at SkilledUp.com, which sorts the programs by cost, location, duration, and other criteria. Picking a bootcamp is “like choosing a college,” says Nick Gidwani, SkilledUp’s president. “Apply to several of them — although, at this point, you’re not ready for Hack Reactor yet — and then compare the ones that accept you.”

One you might consider, at this very early stage: Dev Bootcamp, an 18-week program with locations in New York City, Chicago, and San Francisco. Its first nine weeks, which students can do online, is called Phase 0, and it’s designed to teach basic skills as a foundation for the following nine weeks of intensive in-person training.

“Many of our students have never coded before. We have everybody from liberal arts grads to, yes, even lawyers,” says Maria Piper, herself a former teacher who developed, and now directs, Phase 0. She notes that, as part of its admissions process, Dev Bootcamp asks students with no coding background to complete a couple of tutorial projects “to make sure you love it before you sign up.”

That’s important because, she says, “anyone who’s just thinking about doing this to get a high-paying job at the end of the program will really struggle to keep up. You have to enjoy problem solving, and constantly finding new problems to solve.” Good luck.

Talkback: If you’ve made a career switch into a high-tech field, how did you do it and why? Leave a comment below.