Carl Icahn Says Herbalife Is Definitely Not A Pyramid Scheme 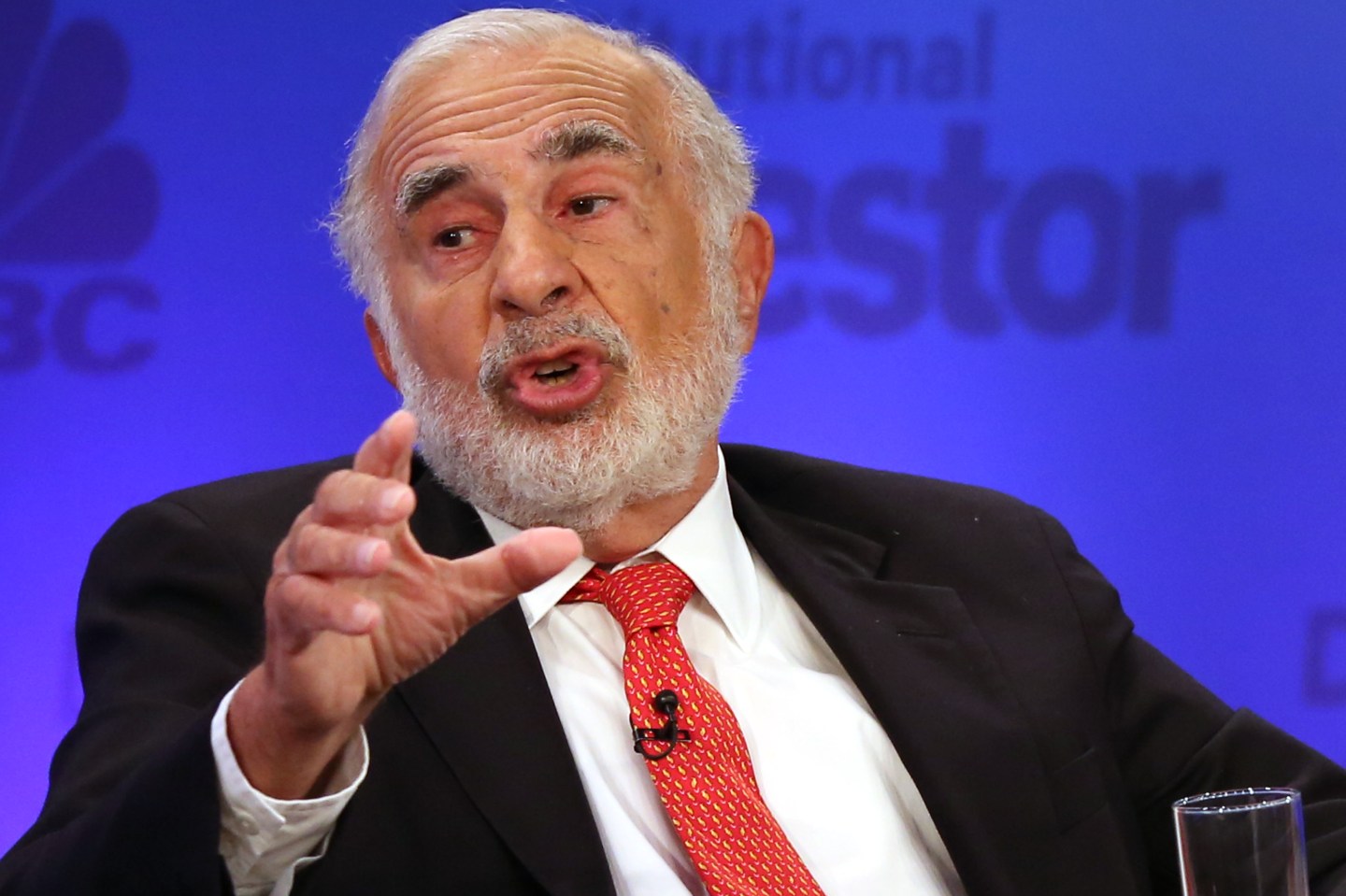 When it comes to Herbalife (HLF), Carl Icahn is willing to say what the FTC won’t, the legendary investor tells Fortune.

Herbalife’s $200 million settlement with the Federal Trade Commission on Friday was supposed to put to rest the debate over whether the nutrition company is a pyramid scheme once and for all. Instead, the agreement, which does not use the words “pyramid scheme” anywhere, has done just the opposite.

Now, some investors, including Bill Ackman, are saying Icahn—Herbalife’s largest shareholder—twisted the regulator’s words in the deal when he declared in a press release (and SEC filing) Friday that the FTC “concluded that Herbalife is not a pyramid scheme.”

The FTC itself disputed Icahn’s account. “I do not agree with that statement,” FTC chairwoman Edith Ramirez told reporters in a press conference several hours later. “They [Herbalife] were not determined not to be a pyramid. That would be inaccurate.”

Ramirez’s use of a double negative, that much maligned grammatical construction, left many an investor confused—she wasn’t saying Herbalife was a pyramid scheme, but she refused to say it wasn’t one either. Herbalife stock, which had initially surged 18%, came back down after her comments, closing up 10% on Friday, then dropping as much as 4% Monday morning, before mostly recovering.

Still, Icahn, who has netted about $450 million investing in Herbalife stock, told Fortune in a phone interview Monday that he’s positive Herbalife is not a pyramid scheme, and that its troubles with the FTC are over. “There is no question in our mind that [Herbalife] is legitimate,” he says. “If the FTC thought we were a pyramid scheme, in my opinion they would have not settled; they would have tried to shut us down.”

FTC does NOT agree with or endorse statements claiming the FTC determined $HLF is "not a pyramid scheme".

It seems that the FTC has not concluded Herbalife is not a pyramid scheme. There was faulty initial reporting on the story $HLF

Not everyone is convinced Herbalife is out of the water yet. Since the FTC settlement was announced, investors have begun aggressively betting against Herbalife stock again, shorting about another $100 million worth of shares, according to research firm S3 Partners. Bill Ackman the hedge fund manager who has long bet against Herbalife alleging it is an illegal pyramid scheme, said he stood by his short position.

Some have suggested that it’s Icahn who is stopping Herbalife from being shorted even more. Icahn owns 18% of the company’s shares. S3 suggested that Icahn might limit shorting by refusing to lend out his shares. But Icahn says he’s fine with people taking the other side of his Herbalife bet. “If any short seller wants to borrow, they’re certainly welcome to call us,” Icahn says.

While Herbalife stock recovered on Monday afternoon, closing down less than 1%, some Herbalife bulls were surprised the resolution with the FTC didn’t launch the shares higher. “It is fair to say that almost all longs are disappointed with the size of the movement,” Bronte Capital hedge fund manager and Herbalife investor John Hempton wrote in a blog post Sunday.

This story has been updated to include additional investors’ accusations against Icahn.