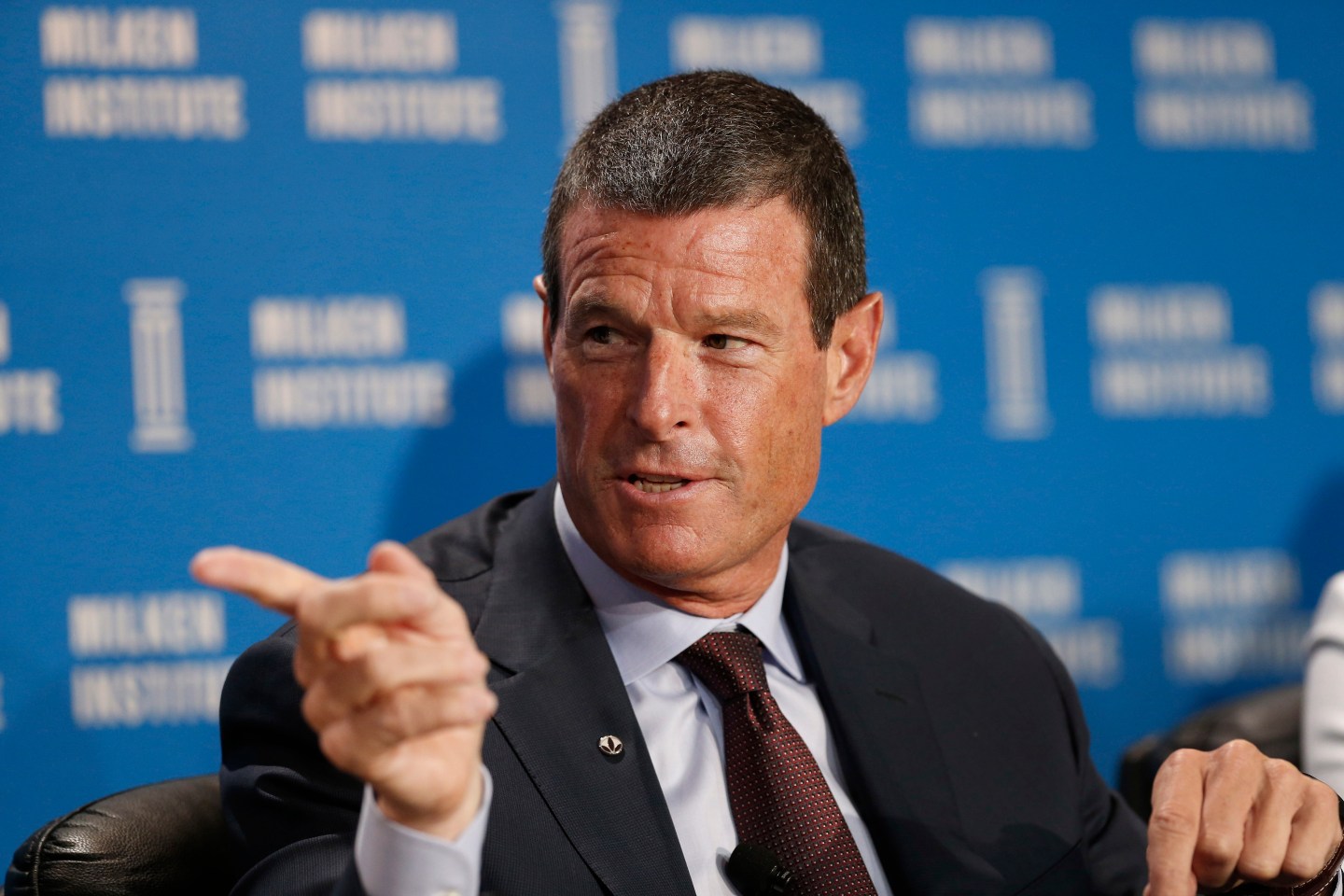 Herbalife is paying a $200 million fine, and its investors are having a great day.

The company, one of the most hotly debated on Wall Street, announced Friday that is was paying a huge fine to the the Federal Trade Commission, but as part of the settlement the FTC is also announcing that Herbalife is not in fact a pyramid scheme. The fine relates, in part, to misrepresentations the company made it sellers.

The news sent shares of Herbalife up sharply by 18% in early trading.

Although that doesn’t mean Herbalife is spotless. As part of the settlement, Herbalife has promised to “fully restructure” its business, according to the FTC. What’s more, the FTC says the company has agreed to be more transparent regarding its distribution model and begin tying its distributor compensation to actual retail sales—an issue that hedge fund manager Bill Ackman, who has publicly bet against the health supplements shares, has focused on as an issue.

In a statement, Herbalife stressed that settlement won’t impact much of its business.

The FTC opened a probe of Herbalife in 2014, following allegations made two years earlier by Ackman that it had a fraudulent business model that he compared to a pyramid scheme. Herbalife’s press release sought to stick it to Ackman, who has lost money for himself and his investors betting against the stock.

“And as for the short seller, I think we can all agree, as with his many other failed investments, it is time for him to show some of that ‘humility to recognize when you are wrong,’” Alan Hoffman, Herbalife’s executive vice president wrote in a statement, quoting from Pershing Square’s 2015 annual letter to investors.

Below follows Herbalife’s full statement on the settlement:

More than three years ago, Herbalife came under attack by an intransigent short seller hell bent on a misinformation campaign designed to destroy our Company. Undeterred by facts, he proceeded to engage in an “ends justify means” campaign to do whatever was necessary to win.

Throughout, we fought hard to protect and grow our business and serve our members and customers without distraction, knowing that if we could weather the storm, the truth would prevail: that our business model is sound and our products are enjoyed by millions of people around the world. We knew that our greater purpose – to help people lead healthier lives – would ultimately win the day.

That day has now arrived. As you have likely already seen, today we announced a settlement with the FTC that does not change our direct selling business model and will set new standards for the industry. We agreed to the terms and to pay $200 million because we simply wanted to move forward with our mission. Additionally, we announced that we settled with the Illinois Attorney General for $3 million and know of no active investigations by other state attorneys general. Furthermore, the Board of Directors voluntarily established an Oversight Committee of the Board that will ensure full compliance with the terms of the FTC settlement and appointed Jon Leibowitz, former Chairman of the Federal Trade Commission, as Senior Advisor to the Board responsible for advising on implementation and compliance matters.

We also proudly announced that Carl Icahn is free to acquire up to 34.99% of our outstanding common shares. He is already our largest shareholder and has 5 seats on our Board. With this latest announcement, he is free to acquire an even greater stake in our Company, which is a fantastic testament to his confidence in what we do and where we are heading. I believe he will be issuing a statement that I encourage you to read.

And as for the short seller, I think we can all agree, as with his many other failed investments, it is time for him to show some of that “humility to recognize when you are wrong.”[1] Throughout his campaign, we have not only survived, we have thrived. We are proud to be moving forward today, stronger than ever.

Attached is a press release describing all of these announcements but please feel free to call me if you have any questions.

Hope you have a nice weekend.