The Real Winners and Losers in the Herbalife-Bill Ackman War 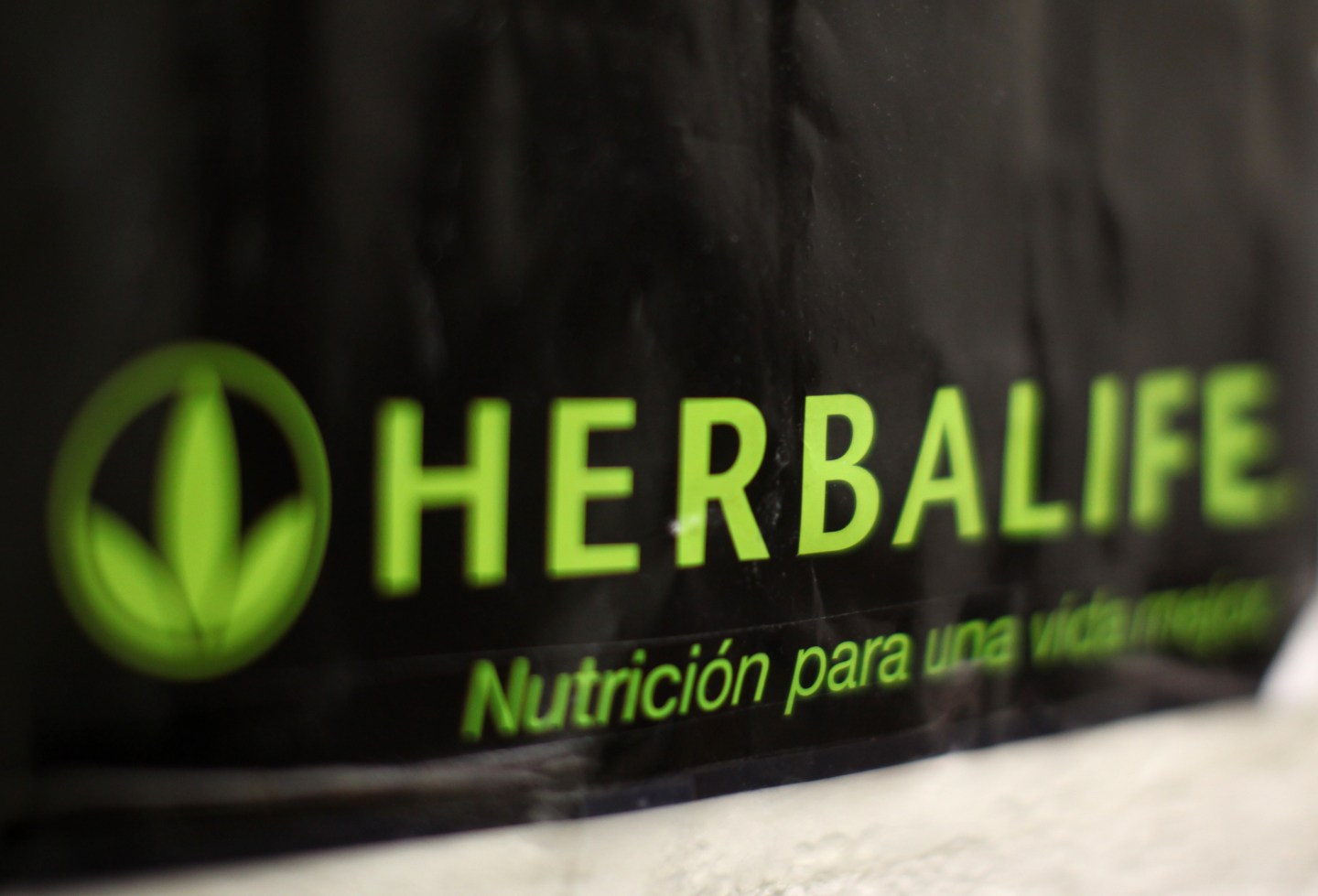 In the bitter short-selling war that is Bill Ackman vs. Herbalife, both sides declared themselves victorious. Of course, that can’t possibly be the case.

On Friday, the Federal Trade Commission closed its pyramid-scheme investigation into Herbalife (HLF) by handing it a $200 million settlement fine, but not actually declaring it a pyramid scheme.

Herbalife celebrated the agreement with the FTC, saying the settlement would not force the company to change its core business model. It does impose new restrictions on the company. But those restrictions only apply to 20% of Herbalife’s overall sales, according to the company.

Ackman, meanwhile, stood by his short bet against Herbalife. The Pershing Square hedge fund manager said he was vindicated by the FTC settlement. Pershing said it expects Herbalife’s FTC-imposed restructuring to damage its business more than the company is letting on, and that it would ultimately “cause the [Herbalife] pyramid to collapse as top distributors and others take their downlines elsewhere or otherwise quit the business.”

Who’s right? Here’s who Fortune thinks are the winners and losers of the Herbalife drama.

The Pershing Square hedge fund manager has lost at least $500 million on his bet against Herbalife stock, based on Fortune’s calculations. And an unquantifiable amount from his once platinum investment reputation.

Shorting a stock like Ackman did with Herbalife means you make money when the stock goes down (it requires borrowing shares, which eventually need to be bought back and returned, which is only profitable if the stock price has dropped in the meantime). Herbalife’s stock surged nearly 10% on Friday after the FTC settlement was announced (and it surged as much as 18% earlier in the day). At $65 per share, Herbalife’s stock is now $18 higher than where it was when Ackman began betting its price would fall back in May 2012, at an average $47 per share.

So how much did Ackman lose? He shorted approximately 20.2 million shares, Fortune estimates, based on his firm’s publicly available transparency reports. (Ackman has a publicly traded investment vehicle that trades in Amsterdam.) Those reports, though, only correspond to about 37% of Ackman’s overall portfolio, so we adjusted the share figures to get to the firm’s total short position. Multiply it out, and it comes to a loss of about $364 million if Ackman bought back all the shares today.

But that’s not all the money Ackman has lost on his anti-Herbalife campaign.

In the past, Ackman has said he’s spent $20 million per year on the costs of maintaining his short positions, which over four years amounts to $80 million. Add to that the $50 million he has said he spent on marketing campaigns to discredit Herbalife, and the total comes to $494 million. Considering Ackman has been using the $50 million estimate since 2014, and has recently come out with a number of new videos accusing Herbalife of misconduct, we think it’s safe to round up to more than $500 million.

Ackman and Pershing Square did not respond to a request for comment on Fortune’s math.

The $200 million fine—the same amount Herbalife previously said it expected to pay—is fairly low compared to the steep fines some analysts were predicting when the FTC investigation began. It also paid $3 million in another settlement with the Illinois Attorney General. But that’s not counting the huge expenses Herbalife incurred defending itself against the allegations from Ackman as well as regulators. Since the beginning of Ackman’s short campaign through the end of the first quarter of 2016, Herbalife spent $76 million on its “response to allegations and other negative information put forward” by the hedge fund manager. It spent another $44 million on expenses relating to the regulatory inquiries since 2014. That comes to $323 million for the battle. Plus, buried in the FTC settlement is a stipulation that Herbalife pay for an Independent Compliance Auditor to make sure the company is obeying the agreement for the next seven years—and that can’t come cheap. And if Ackman ends up being right and its sales suffer as a result of the FTC settlement, it stands to lose more.

The legendary investor decided to take the bet opposite Ackman and went long Herbalife in early 2013. Following the FTC settlement, Icahn announced on Friday that Herbalife is allowing him to increase the maximum stake he can own from 25% of the company to almost 35% (he currently owns more than 18%). So far, Icahn has made at least $457 million in Herbalife stock, which has returned 77% since he bought in.

The Federal Trade Commission gets to collect a hefty $200 million from Herbalife, and also got to declare its own victory in a high-profile case, using some harsh rhetoric to show it is cracking down on deceitful practices. “Herbalife is going to have to start operating legitimately, making only truthful claims about how much money its members are likely to make,” FTC chairwoman Edith Ramirez said in announcing the settlement. She even got a shout-out from Bill Ackman, who said in a statement, “We congratulate the FTC for enforcing the law that will lead to protections for consumers in the United States and the rest of the world.”

Multi-level marketing companies with a similar business model to Herbalife are also breathing a sigh of relief today as Herbalife escaped the FTC labeling it a “pyramid scheme” and got off without paying a terribly painful penalty.