Why Bank of America Is Struggling to Grow 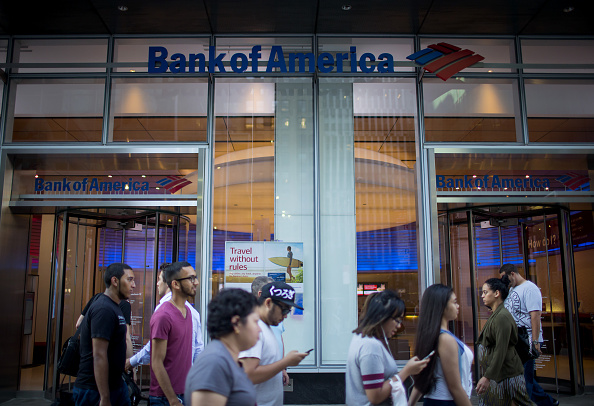 In March of 2011, Brian Moynihan hosted an elaborate Investor Day at Manhattan’s Plaza Hotel. At the event, Moynihan presented a blueprint for Bank of America’s revival in the aftermath of its disastrous acquisition of Countrywide Financial.

Moynihan––who’d been serving as CEO for only fourteen months––forecast that BofA would be posting around $24 billion a year in annual net income within two or three years. But Moynihan’s promises of “immense earnings power” haven’t materialized.

The latest evidence is BofA’s second quarter earnings, which were announced on Monday. BofA (BAC) earned $4.2 billion in the second three months of the year, bringing its earnings to $13.9 billion for the past 12 months. That’s around 60% of what Moynihan was predicting in 2011.

The report did show a number of positive trends: BofA has gotten past almost all of the gigantic write-downs from the Countrywide portfolio, and lowered its costs of servicing mortgages to around $600 million from over $4 billion a quarter when bad loans peaked. And cautious lending is paying off. BofA has an extremely low volume of bad loan, and that number isn’t rising despite the meltdown in the energy sector.

Moynihan has also done an excellent job on the expense front. He’s hammered down operating costs by over $20 billion since 2011, and has shown he can grow the bank modestly while at the same time lowering expenses and headcount. One of the big revelations from the earnings conference call with analysts is that BofA will lower costs from $56 billion to $53 billion by 2018, and still expand revenues. No one on the call seemed to doubt that Moynihan could deliver on that one.

So why is BofA falling so far short of its promise? Obviously, the years of super-low interest rates are a big factor. But its main problem is a lack of growth in its lending. Its portfolio grew just 2.5% in the last twelve months. The issue prompted a revealing exchange between Moynihan and CSLA analyst Mike Mayo. After lauding the discipline on costs, Mayo stated that BofA’s problem was that while expenses were falling, “your core revenues are down more than your expenses.”

Moynihan explained that BofA’s revenues were hugely inflated shortly after the financial crisis from booking disastrously risky business. That all had to be shed, at huge expense. So while BofA’s revenues looks flat or down over the past few years, excluding risky areas it got out of, the bank’s sales are up.

Nevertheless, the growth problem is a big one. It explains why BofA’s return on tangible common equity—excluding such hard to sell items as goodwill or brand equity—is just 9.2%, versus 13% for J.P. Morgan Chase (JPM), a rival that’s been far more successful at growing its loan book without substantially raising risk. In another interesting exchange, Dick Bove of Rafferty Capital Markets asked whether making a lot more loans when rates are low and going nowhere––as they’ve been for years––would bring the growth that BofA needs. CFO Paul Donofrio replied that BofA looked at those metrics, but declined to predict how fast BofA could grow its earnings strictly by raising its volume of mortgages and corporate loans.

The growth issue undercuts the greatest advantage of big retail banks, namely the big pools of consumer and corporate deposits that fund the loans. BofA is highly successful in growing its base of deposits, but so far is ploughing most of that extra cash into low-yielding capital markets investments instead of lucrative loans.

“They’re doing a great job cutting costs, but revenues are dropping too,” says Paul Miller of FBR Capital Markets. “Cutting costs doesn’t mean you’re more profitable.” On the call, Moynihan predicted that loan growth would rise substantially in the fourth quarter of 2016, and early next year. Miller warns that banks need to be careful in booking lots of new loans when rates are slim. “It’s hard to book a lot of loans to offset low rates, because new residential loans don’t reprice when rates rise,” he says.

BofA can still get to the huge numbers Moynihan predicted that day at the Plaza, but it will need a combination of higher rates, and a new growth strategy to get it there. Otherwise, we’ll most likely keep seeing what we’ve been seeing quarter after quarter: solid, but unexciting results that lag the best in the business, and a chorus of analysts and investors asking Moynihan for more.