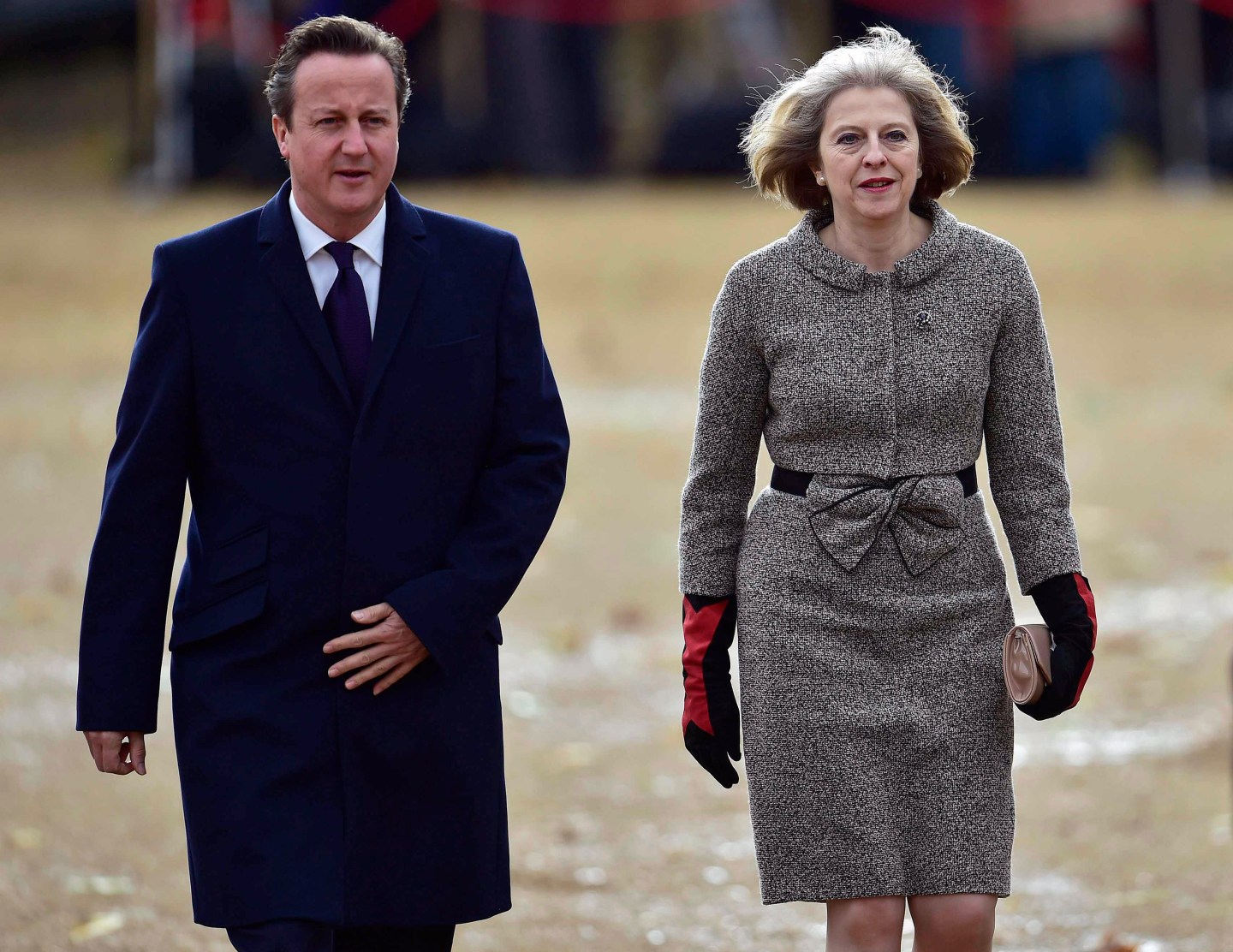 For female politicians—and even political wives—having your looks critiqued in the media is pretty much par for the course. Just consider the last few women in, or gunning for, the White House. How many stories have you read about Hillary Clinton’s hair, Sarah Palin’s $150,000-makeover, and Michelle Obama’s arms?

But this week, we saw the emergence of two new narratives about politicians’ appearance that still managed to take readers by surprise. Why? They were written about men.

On Wednesday, French Prime Minister Francois Hollande came under fire when the news broke that he’s been spending $11,000 per month on haircuts. The story sparked outrage among France’s taxpayers and quickly went viral, along with the Twitter hashtag #CoiffeurGate.

That same day, Theresa May officially took office as Prime Minister of Britain. The U.K. press was quick to react with a flurry of pieces about her husband, Philip May. One Marie Claire story dove into Philip May’s “style file,” revealing that “does give a good suit, prefers a red tie and is happy to fall in line with his wife’s colour palette.” Another piece from British publication Metro made a splash with the headline, “Theresa May’s Husband Steals the Show in Sexy Navy Suit as He Starts New Life as First Man.”

Of course, there’s a difference between these two stories: #CoiffeurGate provoked legitimate criticism of Hollande, while the May stories were pure satire (“Round glasses perched on his nose accentuated his amazing bone structure…no doubt one of the assets he used to help him to bag his wife”). This divide is not a coincidence—indeed, it tells us something important about the differences in how we judge male and female politicians.

When it comes to scrutiny over expenses, leaders of both genders are on the hook—recall the furor over Hillary Clinton‘s Armani jacket, Bill Clinton‘s watches, and former Sen. John Edwards‘ haircut. At least some portion of the public clearly finds spending too much money on your appearance to be frivolous and wasteful.

Yet it’s only female politicians whose actual physical appearances are regularly analyzed and criticized (well, with the possible exception of Donald Trump’s hair). The very idea that a male politician or political spouse would be subjected to style tips or “Who wore it better?” face-offs is so silly that only happens in parody pieces.

Right on cue, the Daily Mail published a (totally serious) story on Wednesday reflecting on Theresa May’s “penchant for thigh-high patent boots, mini skirts and daringly short dresses” and suggesting that she take style “inspiration” from the Duchess of Cambridge. Former Prime Minister David Cameron’s wife Samantha Cameron, meanwhile, was described as “ever immaculate and stylish” and as wanting “to leave a lasting impression” during her husband’s resignation.

Don’t be fooled: The dustup over Hollande’s hair cut budget isn’t a sign that the media is starting to treat men and women equally in terms of their appearance. Show me the stories that critique the Prime Minister’s receding hairline or weigh in on his dusting of grey hairs. Then we’ll know we’re getting close.