Turbulent Times Might Actually Spark Rather Than Hinder Innovation 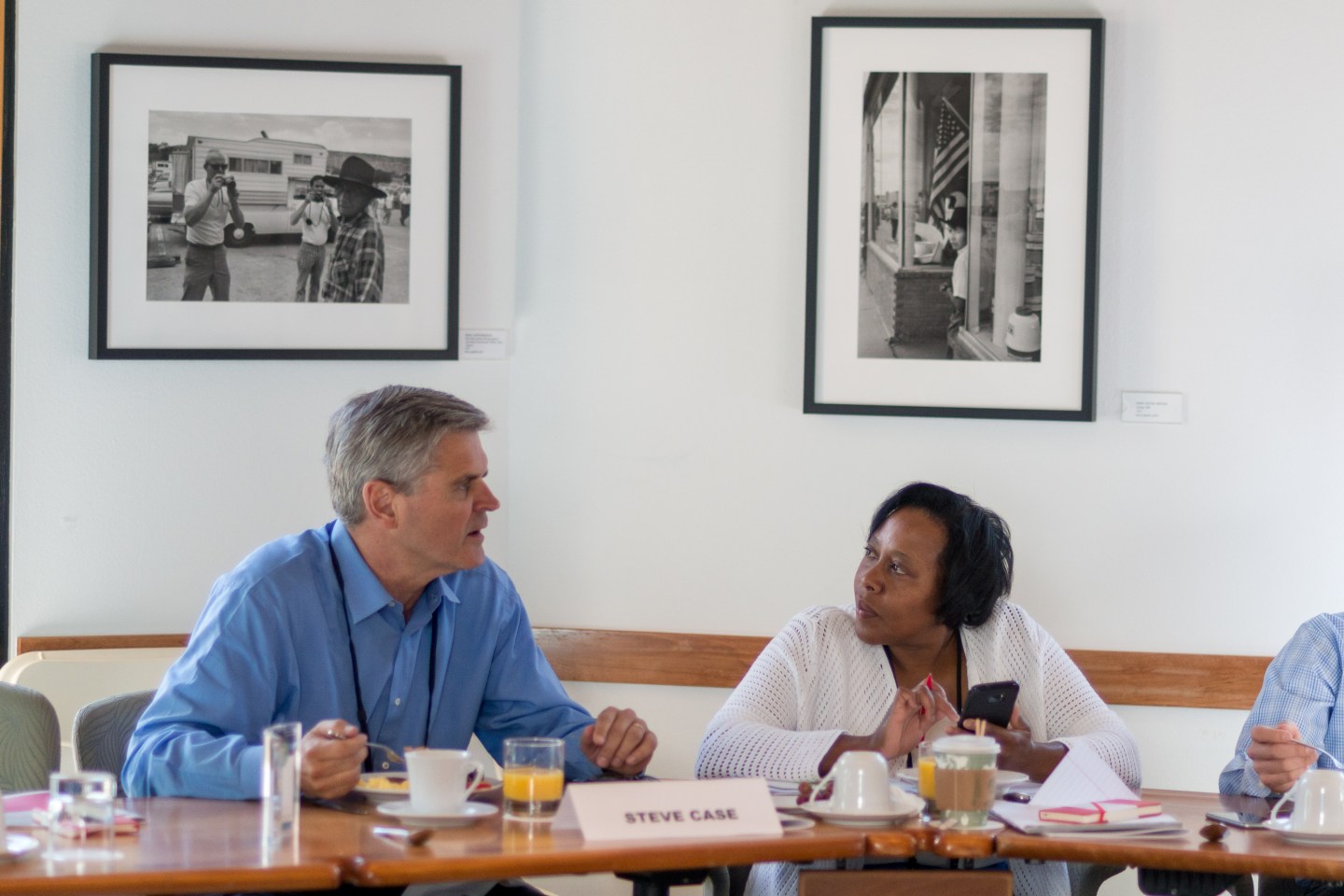 No one can say that we’re not living in interesting times. England voting itself out of the European Union and the contentious U.S. presidential election are unsettling the world.

But as we’ve learned by overusing the word in the high-tech context, “disruptive” times may not necessarily be bad for entrepreneurs, according to speakers at the Fortune Brainstorm Tech conference in Aspen.

“You have to decide whether to hunker down and be more cautious or if it’s time to slam down the accelerator because others will pull back,” he said. “Fortune 500 companies usually pull back. You have to go into either defender or attacker mode.”

Business-focused social networking company LinkedIn (LNKD) really took off in the wake of the Great Recession of 2008 when lots of displaced people were looking for jobs, she said. Those tough times also fed Airbnb’s success as cash-strapped people needed to find income to help pay their mortgages. Similarly, security startup Palantir was a response to the 9/11 crisis in 2001.

Partnerships between businesses and other businesses and with government policy makers will also take on prominence going forward, according to Brainstorm Tech panelists.

As Airbnb and Uber have found out, local rules and regulations can impact their businesses.

For more on our turbulent times, watch:

Earlier at Brainstorm Tech, Airbnb co-founder and chief executive Brian Chesky said his company has learned from its disputes with New York City and San Francisco.

“My initial instinct was to avoid cities where we would have conflict,” Chesky reflected. But he ended up concluding based on these kerfuffles that it is better introduce Airbnb and its plans to city officials earlier in the process.

Companies looking to expand abroad—particularly in China—have to make sure they’re dealing with the right people, stressed Blake Irving, chief executive officer of GoDaddy (GDDY), which sells web sites and other online tools to small businesses. “You have to make sure you’re partnering with the right people in China as a U.S. company. If you don’t, you have a very unlikely probability of success.”

Case also noted that for the tech sector to truly grow in these trying times, there has to be a more equitable distribution of available capital across the country.

“Most people in most parts of the U.S. and the world do not have access to capital,” Case said. “The playing field is not level—75% of the venture capital last year went to three states: New York, California, and Massachusetts. The 47 other states have to fight it out for 25% of the capital.”