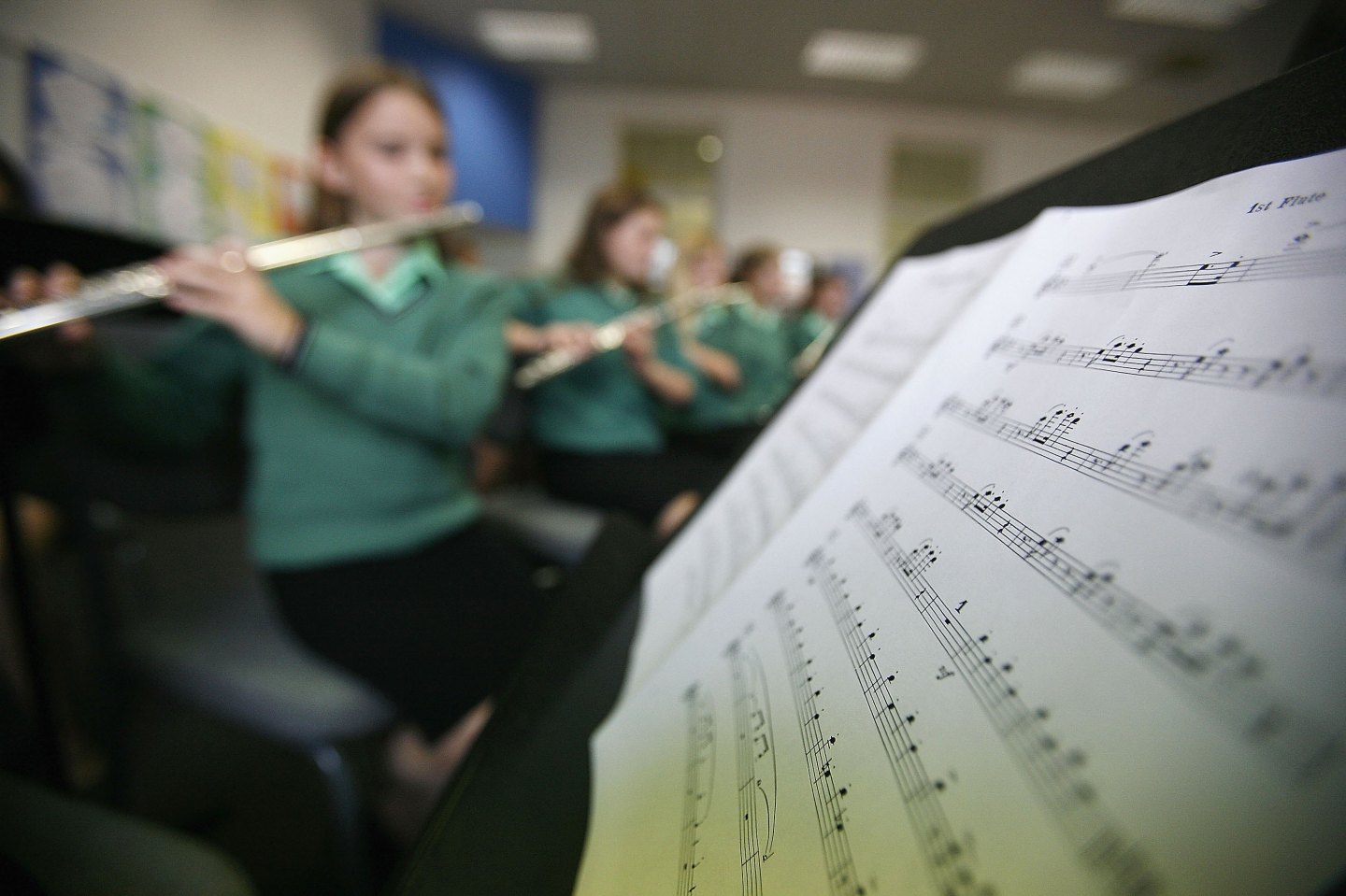 BIRMINGHAM, UNITED KINGDOM - OCTOBER 04: Pupils King Edward VI High School for Girls take part in a music lesson on October 4, 2006 in Birmingham, England. The independent school for girls continues its tradition to be one of the top schools in Britain having achieved a 94% pass rate at A and B grades in it's A level results. Last year, 27.1% of pupils in independent schools gained three or more grade A's at A-level, compared with 8% of pupils in all state schools. (Photo by Christopher Furlong/Getty Images)
Photo by Christopher Furlong—Getty Images

Mark Rifkin is representing the plaintiffs in both cases, arguing that the copyright protections for “We Shall Overcome” and “This Land Is Your Land” are invalid. The New York Times reports that both of the songs are controlled by the Richmond Organization.

Rifkin filed the first lawsuit in April arguing that “We Shall Overcome” has the “same melody and nearly identical lyrics” as an African American spiritual from which it was adapted, thereby making the copyright invalid. The Richmond Organization responded by saying that the song is “sufficiently original.” As for “This Land Is Your Land,” Rifkin argues that Woody Guthrie, who wrote the song, hadn’t filed to renew his copyright and, because he published the lyrics in a 1945 songbook, he effectively forfeited the protection.

Guthrie’s daughter, Nora, is not in favor of her father’s song becoming public domain. “Our control of this song has nothing to do with financial gain,” she told the Times. “It has to do with protecting it from Donald Trump, protecting it from the Ku Klux Klan, protecting it from all the evil forces out there.” She said that groups her father wouldn’t approve of, including the NRA, have tried to use the song before, and she doesn’t want them twisting its meaning. On the other hand, some argue that having a copyright on the song goes directly against the song’s message.

Rifkin argues that allowing these two songs to enter the public domain is “just part of the folk tradition.” James Boyle, law professor and author of The Public Domain: Enclosing the Commons of the Mind, agrees that they shouldn’t be protected by a copyright. “We can respect the rights of creators,” he told the Times. “But creators are often in the position of building on other works, and there has to be freedom for that too.”

If “We Shall Overcome” and “This Land Is Your Land” actually do become public domain, they will join the ranks of “Happy Birthday to You.” Rifkin fought for that song as well, and ended up winning the case against music publishing company Warner/Chappell.