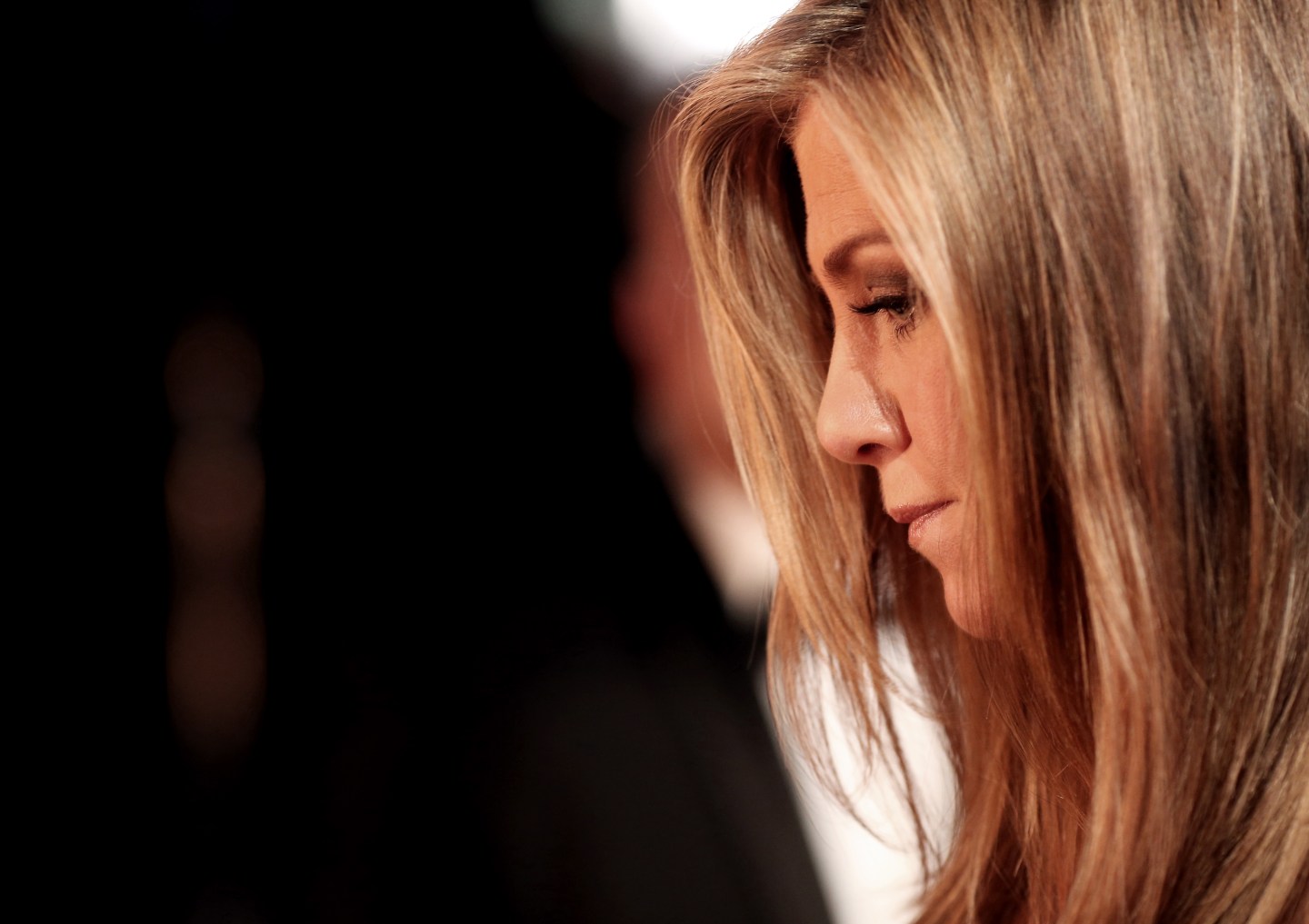 Jennifer Aniston wants you to know that She. Is. Not. Pregnant.

Not only that, but she is tired of paparazzi taking photos of her body, endlessly commenting on its beauty, its form, whether she’s in shape or out-of-shape (and why). “I’m fed up with the sport-like scrutiny and body shaming that occurs daily under the guise of ‘journalism,’ the ‘First Amendment” and ‘celebrity news,'” the actress writes in a powerful editorial in The Huffington Post.

While she has been enduring the harassment of “dozens of aggressive photographers” for decades now, Aniston is concerned with the message that the photos taken of her and rumors spread by gossip magazines are spreading. She writes:

The way I am portrayed by the media is simply a reflection of how we see and portray women in general, measured against some warped standard of beauty. Sometimes cultural standards just need a different perspective so we can see them for what they really are—a collective acceptance…a subconscious agreement. We are in charge of our agreement. Little girls everywhere are absorbing our agreement, passive or otherwise. And it begins early. The message that girls are not pretty unless they’re incredibly thin, that they’re not worthy of our attention unless they look like a supermodel or an actress on the cover of a magazine is something we’re all willingly buying into.

And it’s not just about but body shaming, she says. That tabloids’ obsession with the status of her womb also perpetuates the idea that a woman’s self-worth is determined by whether she has a partner or children. “The sheer amount of resources being spent right now by press trying to simply uncover whether or not I am pregnant (for the bajillionth time… but who’s counting) points to the perpetuation of this notion that women are somehow incomplete, unsuccessful, or unhappy if they’re not married with children,” she writes.