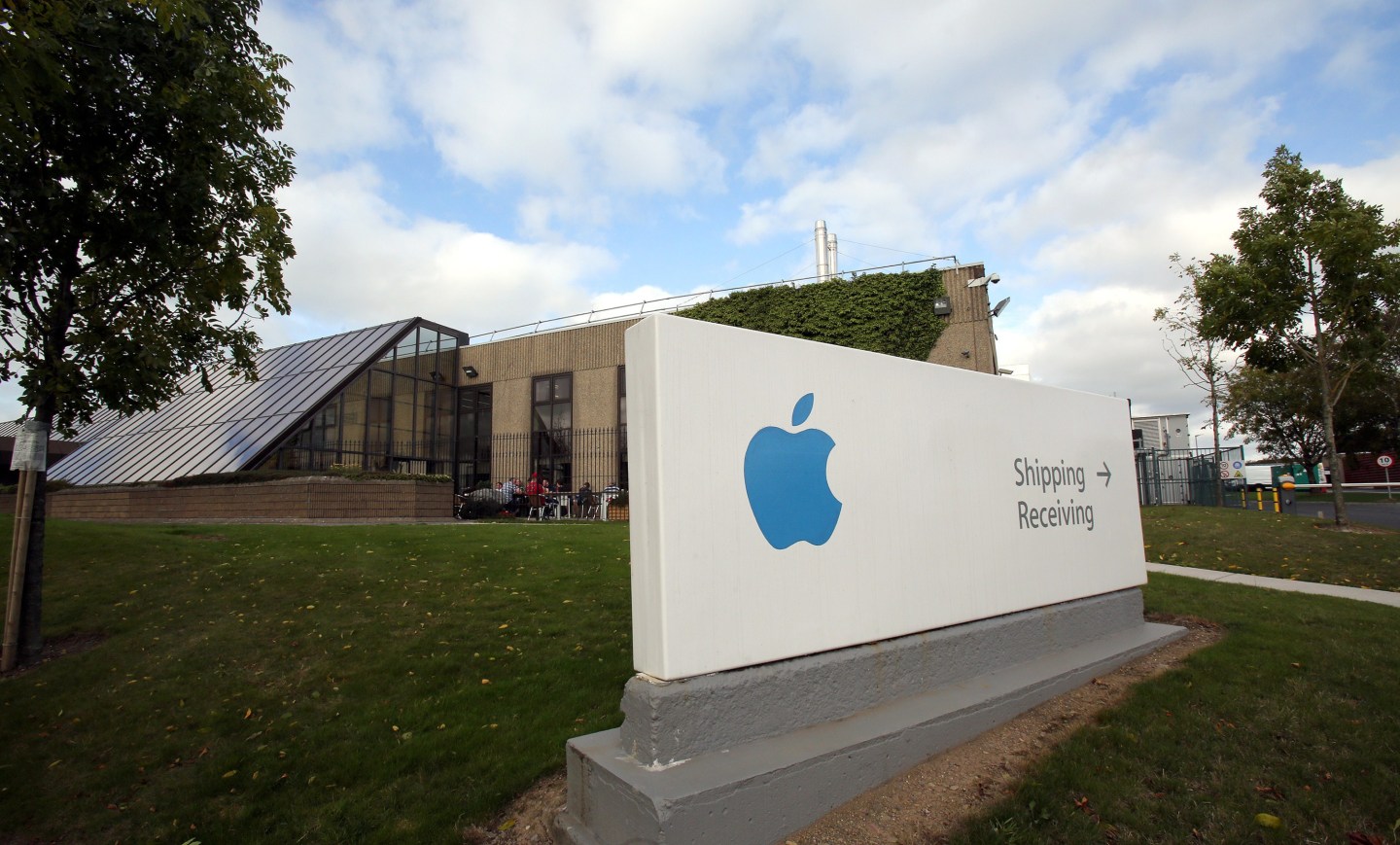 TO GO WITH AN AFP STORY BY CONOR BARRINS A view of buildings on The Apple campus in Cork, southern Ireland on October 2, 2014. Perched on top of a hill overlooking the Irish city of Cork, surrounded by a dated industrial estate, Apple's European headquarters is an unlikely base for the world tech giant -- now under growing scrutiny over its local tax arrangements. The company has been in Cork since 1980 but the European Commission's suggestion that its tax deal with Ireland may amount to illegal state aid has drawn new attention on the Irish link for the makers of the iPhone and the iPad. AFP PHOTO / PAUL FAITH (Photo credit should read PAUL FAITH/AFP/Getty Images)
Photograph by Paul Faith — AFP/Getty Images

The European Union’s antitrust chief has indicated that it will likely reach a decision in September or October on its two-year probe into Apple’s tax dealings with Ireland, Ireland’s finance minister said on Wednesday.

The European Commission accused Ireland in 2014 of dodging international tax rules by letting Apple shelter profits worth tens of billions of dollars from tax collectors in return for maintaining jobs. Apple (AAPL) and Ireland reject the accusation.

“Commissioner Vestager indicated to me that there wouldn’t be a decision in July but there would probably be a decision early in the autumn. My expectation is September or early October,” Michael Noonan told a news conference after meeting antitrust chief Margrethe Vestager on Tuesday.

The investigation could force Apple to pay substantial back taxes. It has said it will join Ireland in appealing any adverse ruling.

The European Commission has already ordered Dutch authorities to recover up to 30 million euros from U.S. coffee chain Starbucks (SBUX) and Luxembourg to do the same with Fiat Chrysler (FCAU) for their tax deals.

Both companies and countries have appealed the decisions.