If There’s One Issue Hillary Clinton and Donald Trump Agree On, It’s This 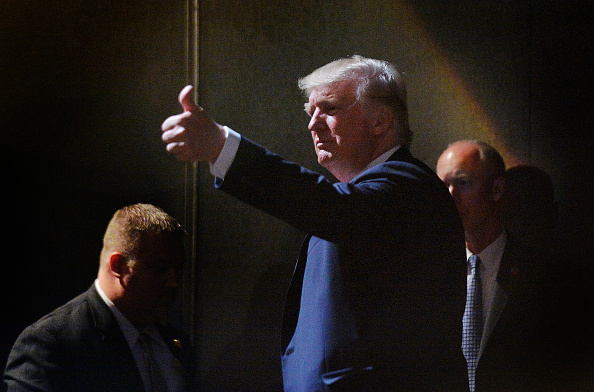 Presidential frontrunners Hillary Clinton and Donald Trump don’t agree on much, but when it comes to legalizing the use of medicinal marijuana, they’re both pro pot.

Medicinal marijuana advocates hope that reality is enough to eventually get a federal bill passed legalizing the use of medical marijuana in all 50 states. Currently the CARERS Act (Compassionate Access, Research Expansion, and Respects), a bill sponsored by Senate Democrats in March of 2015 that would change marijuana from a schedule I to a schedule II drug and make it legal for medical use, is being stalled in the U.S. Senate’s Judiciary Committee by ranking Republican Sen. Chuck Grassley (R-Iowa).

Republican Sen. Lindsey Graham (R-SC), who recently signed on as a co-sponsor of the bill, is expected to address it in committee tomorrow. A June 6 Quinnipiac Poll found 89% of Americans support legalizing medical marijuana for adult use, but Grassley is still not convinced.

“Senator Grassley believes the government has to ensure both public safety and the effectiveness of drugs available for patients,” Spokeswoman Jill Gerger said in a written statement. “Smoking marijuana for medical purposes isn’t approved by leading medical authorities… [The CARERS Act] would make access to recreational and smoked marijuana much easier for many people through sweeping changes to federal marijuana and banking laws.”

The Marijuana Policy Project gives Hillary Clinton a B+ when it comes to her position on legalizing marijuana in general. The former First Lady and State Department head has said she supports taking steps to make marijuana use legal across the U.S. on a state-by-state basis.

“I think what the states are doing right now needs to be supported,” she told Jimmy Kimmel in March. “I absolutely support all the states that are moving toward medical marijuana, moving toward.”

In the past, Trump also has supported legalizing pot for recreational use, but more recently he’s limited his position to legalizing medicinal cannabis state by state.

“Marijuana is such a big thing. I think medical should happen — right? Don’t we agree?” Trump told the Washington Post last October. “And then I really believe we should leave it up to the states.”

Americans for Safe Access Spokesperson Melissa Wilcox says it’s time for the candidates to publicly state their support for legislation.

“The CARERS act would really take a giant step forward in supporting cannabis programs in the states,” she tells Fortune.