Comey Was Right Not to Indict Clinton, and Trump Needs to Stop Tweeting About it 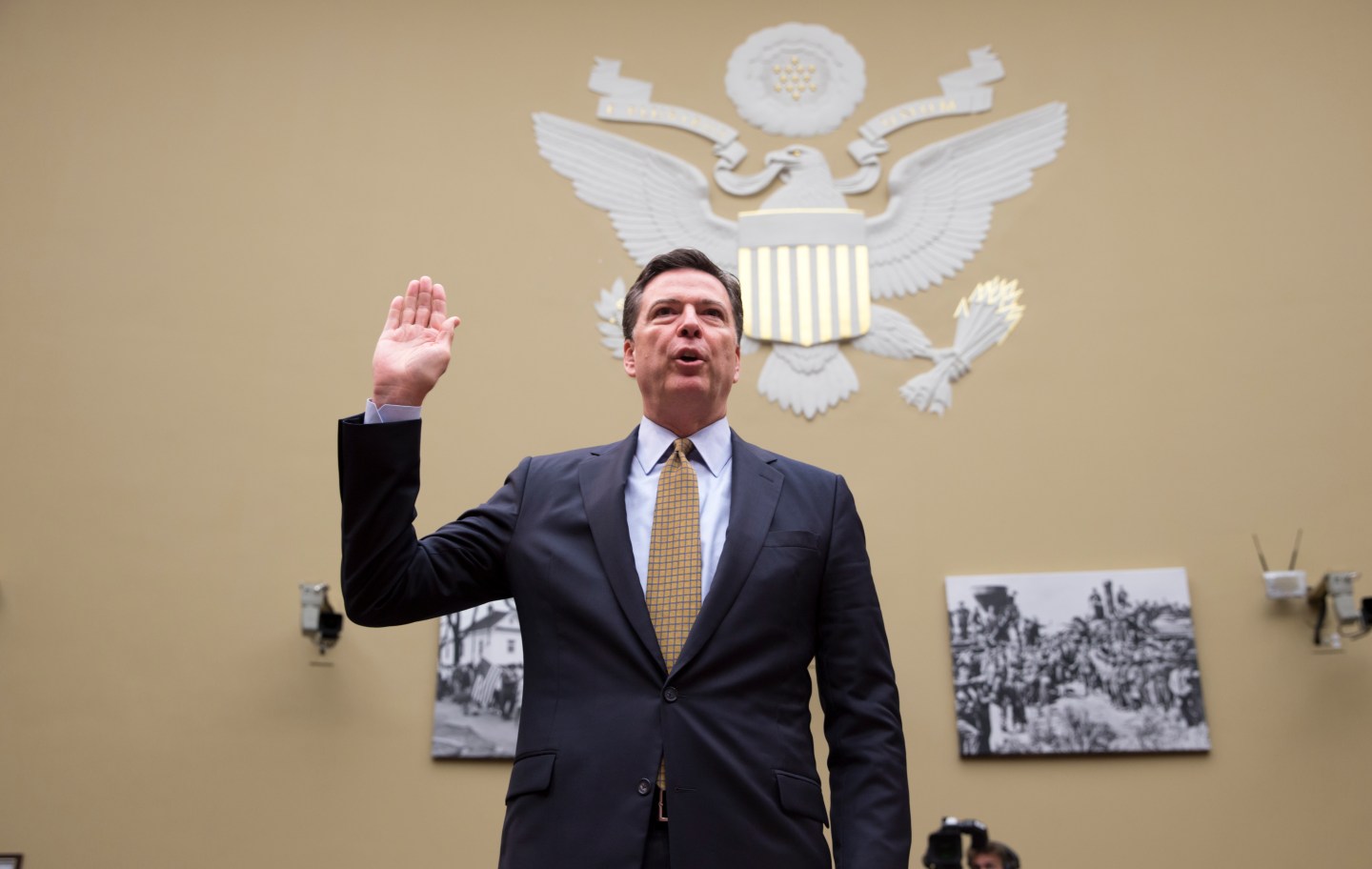 After a thorough review of the evidence regarding Hillary Clinton’s email practices while secretary of state, FBI Director James Comey found much to criticize but insufficient evidence to indict. It was a close call, properly within the domain of prosecutorial discretion, and Comey concluded that “no reasonable prosecutor would bring such a case.” Comey has a reputation for integrity and nonpartisanship (he was appointed by George W. Bush), and partisans on both sides were unhappy with his report and his testimony, so he may have gotten it right.

The Espionage Act of 1917 criminalizes the mishandling of classified information. It is first and foremost directed at people who knowingly and intentionally share classified information with those who are not authorized to receive it. This would include sharing information with the media or with foreign governments who want to know our secrets. Comey focused on Clinton’s intent. While he found that she was “extremely careless” in her handling of information she should have known was classified, even though it was not clearly marked as such, he did not find evidence that she intended to make this information known to any unauthorized person.

Comey’s focus on Clinton’s intent was challenged by Jason Chaffetz, chairman of the House Oversight & Government Reform Committee, and U.S. Rep. Trey Gowdy (R-S.C.), a member of the Committee, in hearings that were called immediately after Comey announced the decision not to indict. Chaffetz and Gowdy argued that the Espionage Act also imposes the duty on public officials to protect classified information and makes it a crime to remove such information from its “proper place of custody” through “gross negligence.” In the digital age, the meaning of “proper place of custody” is more difficult to ascertain, and Comey indicated that Clinton’s “extreme carelessness” did not rise to the legal standard of “gross negligence” as grounds for indictment.

As a matter of legal language, Comey was clearly splitting hairs, but he defended his conclusion by arguing that legal practice since the passage of the Espionage Act has led to prosecutions only in cases where some element of intent to divulge classified information to unauthorized persons was involved. This issue is not going to go away during this presidential campaign, but Comey has framed it appropriately. If Comey’s critics can demonstrate a pattern of prosecutions (a single case won’t do—it could be an exception to the rule) where negligence without intent has been prosecuted, then they can make a persuasive argument that there has been a double standard applied and that the powerful and influential are not being held to the same standard as other citizens. If the pattern of prosecutions supports the claim that prosecutions always, or almost always, require some element of intent to divulge classified information, then prosecuting Clinton under these circumstances would have been a violation of the norm of equal treatment under law. Legally (as opposed to politically), we shouldn’t hold Clinton to a higher standard than we apply to others just because she is an influential and powerful woman. The focus must go beyond the literal words of the statute to examine the history of prosecutions—the living law—and not the dead-letter law.

Was Clinton held to a different standard than General David Petraeus? Here, Comey was persuasive. In 2012, Petraeus knowingly shared classified information with his biographer and lover Paula Broadwell, who did not have the security clearance that would have authorized her to see the information. He lied to the FBI investigators about the whereabouts of classified information, indicating that he had returned it to its proper repository when it was found in his desk. He admitted to wrongdoing as part of a plea agreement. Intent was a central element in the Petraeus case; there was no evidence of intent in the Clinton case. Petraeus lied to the FBI; Clinton cooperated with the FBI.

Clinton’s extreme negligence in the handling of classified material should be harshly criticized. In any other presidential campaign, this carelessness might be a dispositive, sufficient reason to prefer Clinton’s opponent. But in this election year, normal rules don’t apply. Consider Trump’s response to Comey’s conclusions: Trump tweeted, “The system is rigged. General Petraeus got in trouble for far less.”

A presidential candidate should care about the law, fairness, and justice. For all of the uncertainties that still shadow this case, the one thing that is clear is that Petraeus’s behavior was far more troubling than Clinton’s. A presidential candidate who gathers too much information from unreliable Twitter sources and relies too much on Twitter to dispense ill-considered sound-bite judgments does not have the temperament to be president of the United States. A candidate who would casually discredit our legal system as “rigged” based on the flawed comparison of two cases is a demagogue.