Denny’s Pancakes Are Getting an Upgrade 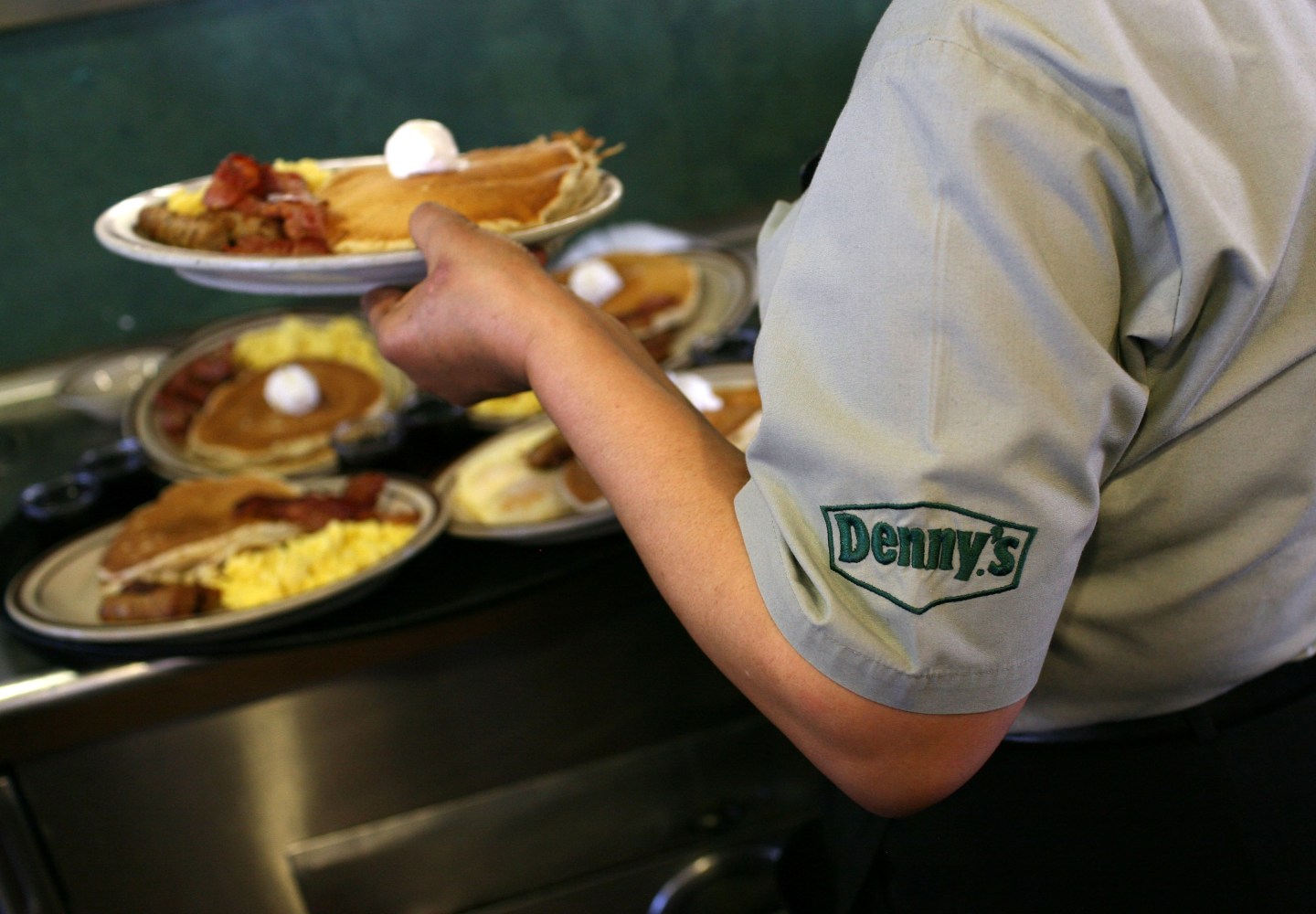 Denny's waitress Hirut Bizuneh prepares to deliver free Grand Slam breakfasts to customers February 3, 2009 in Emeryville, California. People lined up at Denny's across North America today for a free Grand Slam breakfast given away between 6am and 2pm at over 1,500 Denny's restaurants in the US, Puerto Rico and Canada. The promotion was announced during a Super Bowl commercial. (Photo by Justin Sullivan/Getty Images)
Justin Sullivan Getty Images

After concluding that many customers prefer homemade pancakes to the ones they get at breakfast chains, Denny’s wants to make a better flapjack.

Denny’s also said it would make new custom Snapchat filters for the pancakes, along with an interactive app—dubbed the Pancake Rejection Simulator—for customers to practice telling their family members that Denny’s pancakes now take precedence over the homemade special.

“[A]s we set out to upgrade our own pancakes, we knew we had to create a recipe that was so good it would even top those being made in kitchens across the country,” said Denny’s chief marketing officer John Dillon in a prepared statement.

Denny’s move toward fresher and healthier ingredients follows a wider trend among chain restaurants. In March, McDonald’s (MCD) began testing a Chicken McNugget recipe without artificial preservatives. And in May, Pizza Hut announced it would remove some preservatives from its cheese and meats.

This is not the first time Denny’s has made an effort to improve its ingredients. In January, the chain said it would serve 100% cage-free eggs in all its U.S. restaurants by 2026.